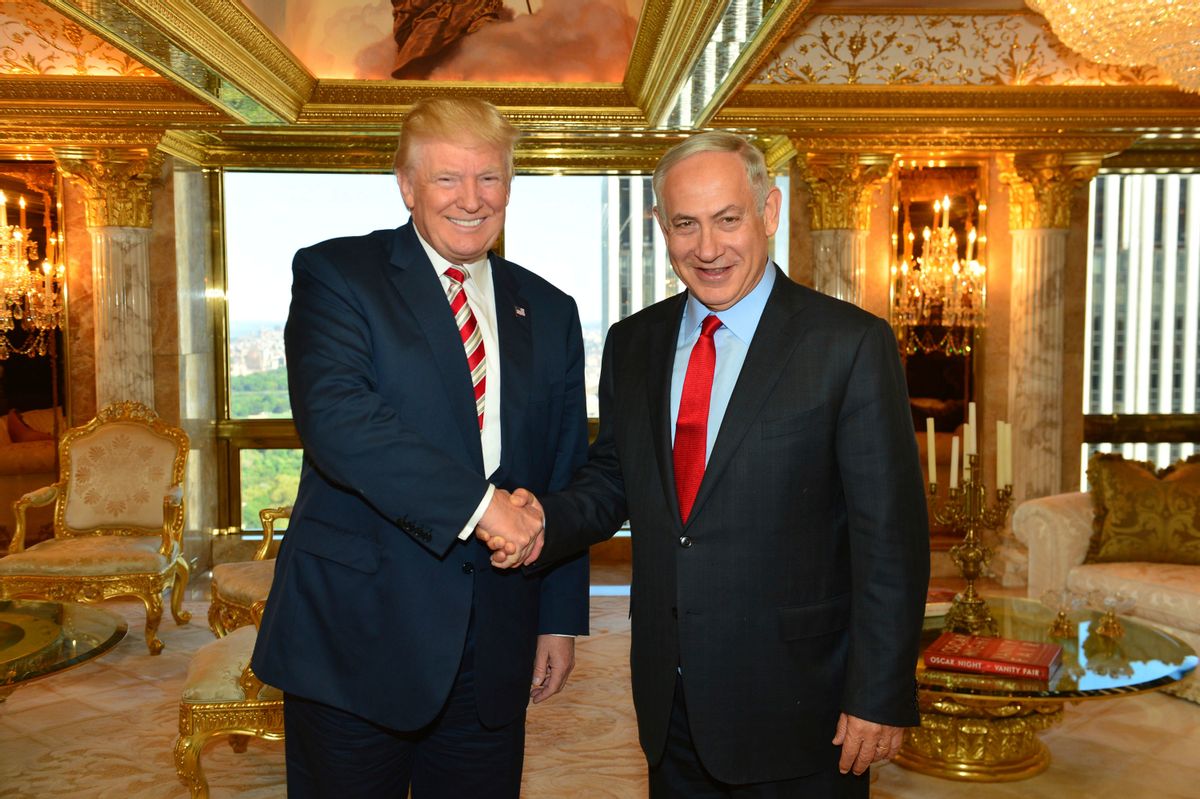 President Trump is sounding more and more like President Barack Obama when it comes to issues important to Israel.

"Well, I want Israel to be reasonable with respect to peace," Trump told Israel Hayom, after being asked about whether he would move America's embassy to Jerusalem. "I want to see peace happen. It should happen. After all these years. . . Maybe there is even a chance for a bigger peace than just Israel and the Palestinians. I would like to see a level of reasonableness of both parties, and I think we have a good chance of doing that."

Having not directly answered the interviewer's question, interviewer Boaz Bismuth posed it again. Trump replied, "I am thinking about the embassy, I am studying the embassy [issue], and we will see what happens. The embassy is not an easy decision. It has obviously been out there for many, many years, and nobody has wanted to make that decision. I'm thinking about it very seriously, and we will see what happens."

Trump was more decisive in his stance on the Israeli settlements in the Palestinian Territories, which Israel resumed within days of Trump taking office.

"They [settlements] don't help the process. I can say that," Trump told Israel Hayon. "There is so much land left. And every time you take land for settlements, there is less land left. But we are looking at that, and we are looking at some other options we'll see. But no, I am not somebody that believes that going forward with these settlements is a good thing for peace."

Trump's statements on the embassy and settlements questions are both much closer to those of the Obama administration than the president would most likely want to admit. Barack Obama reportedly told Trump during a transition-era meeting that moving the embassy could be "explosive," while the White House released a statement last week criticizing Israel's renewed construction of settlements on the grounds that it "may not be helpful in achieving that goal" of peace.