Spoiler: It was actual Muslims 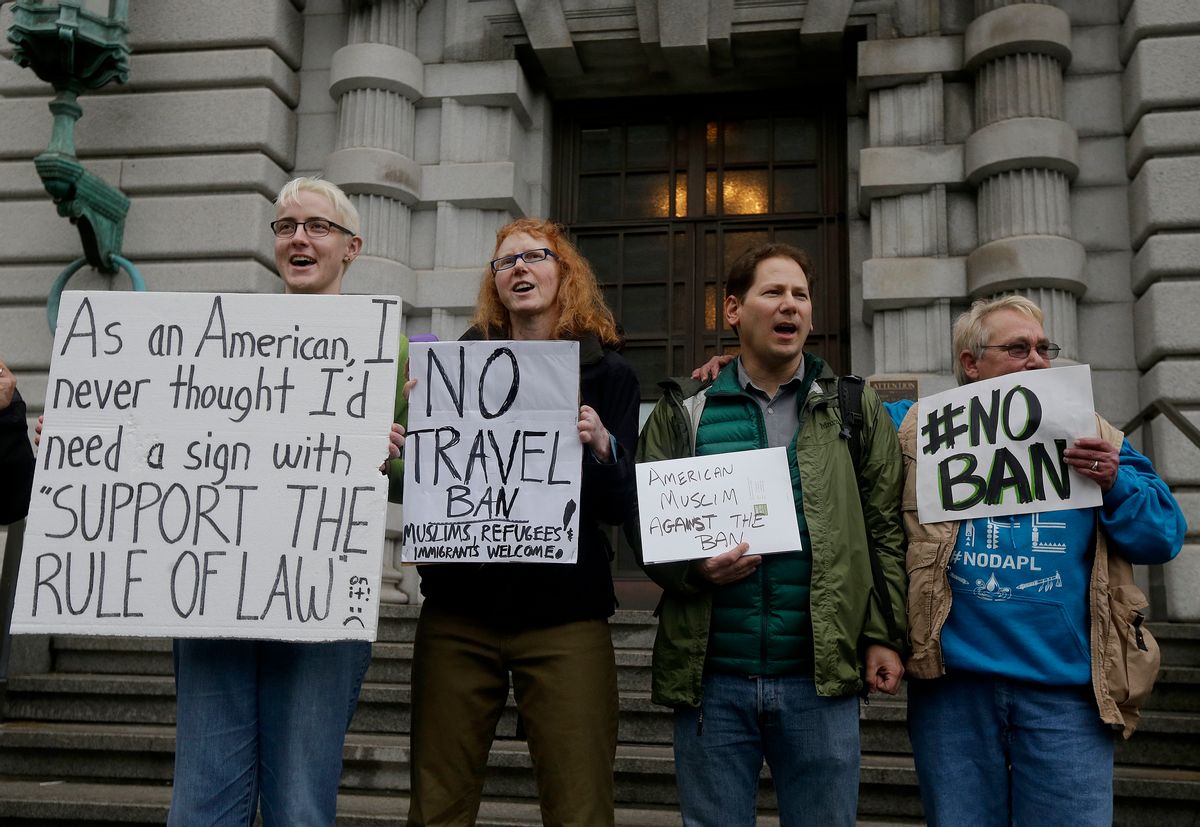 Prime-time cable news shows virtually ignored Muslim voices when they hosted guests to discuss the fallout from President Donald Trump’s Muslim ban. This failure fits into a larger media pattern of ignoring Muslims when discussing issues that are particularly impactful to them, while at the same time painting false portraits based on stereotypes. Given how few Americans actually know a Muslim person -- and that the religion is already incredibly vilified -- cable news would do better to follow the precedent set by print media and highlight personal stories from Muslims who have been impacted by the ban.

On January 27, Trump signed an executive order that banned people from seven Muslim-majority countries from entering the U.S. for at least 90 days. While the order does not specifically single out Muslims, media figures and experts agreed that it’s a Muslim ban. That intent seems particularly clear given that during the campaign Trump called for “a total and complete shutdown of Muslims entering the United States” and that Trump adviser Rudy Giuliani boasted on Fox News that Trump asked him to show him “the right way” to “legally” implement a “Muslim ban.”

In the week after Trump signed the executive order, prime-time cable news programs hosted 176 guests (some repeat) for significant discussions about the policy, but only 14 guest appearances were Muslim. CNN hosted seven Muslim guests while MSNBC hosted two. Fox News hosted five Muslims, all during the February 3 edition of The First 100 Days. Of CNN’s guests, anchor Fareed Zakaria accounted for two of the seven appearances. This failure falls into a broader pattern of cable news neglecting to present representative voices, especially of Muslims. In the 24 hours after the June 12, 2016, mass shooting in Orlando, FL, in which a Muslim man killed 49 people and injured 50 after opening fire at an LGBTQ nightclub, cable news hosted only a few Muslim guests. In the month after the election, only 21 percent of the guests who appeared on evening cable news to discuss Islam were Muslim.

A 2014 Pew Study found that only 38 percent of Americans know someone who is Muslim, and it’s likely that even fewer know anyone impacted by Trump’s ban. Thus for many Americans, media portrayals are the only way they can get to know the Muslim community, yet the media often falsely frame Muslims as criminals. A 2015 YouGov poll found that 55 percent of Americans have a “somewhat unfavorable” or “very unfavorable” opinion of Islam, while 50 percent said they understand the religion “not too well” or “not well at all.”

There were several segments on cable news -- not just during prime-time -- discussing the ban that could have used a Muslim guest to add perspective and personal experience to the conversation. On Fox News’ The Five, for example, hosts suggested that those who were affected by Trump’s ban “don’t have rights”:

CNN hosted Mark Krikorian of the Center for Immigration Studies, which is part of what the Southern Poverty Law Center (SPLC) has designated “the nativist lobby.” Krikorian used his platform to defend the ban and baselessly claim that “there are plenty of people with Iraqi nationality who want to commit terrorist acts in the United States”:

On his show, Fox’s Bill O’Reilly stated that he doesn’t care if “any Muslim … is alienated by the United States” due to the ban while speaking to two non-Muslim guests:

While cable news has utterly failed at providing a representative view of people impacted by the ban, online and print media have done a much better job speaking to Muslims who experienced firsthand the impact of this policy and reporting their stories: