Officials hate each other: 5 disturbing revelations about what's happening inside Trump's White House

"Morale is low, factionalism is rampant and exhaustion is running high" 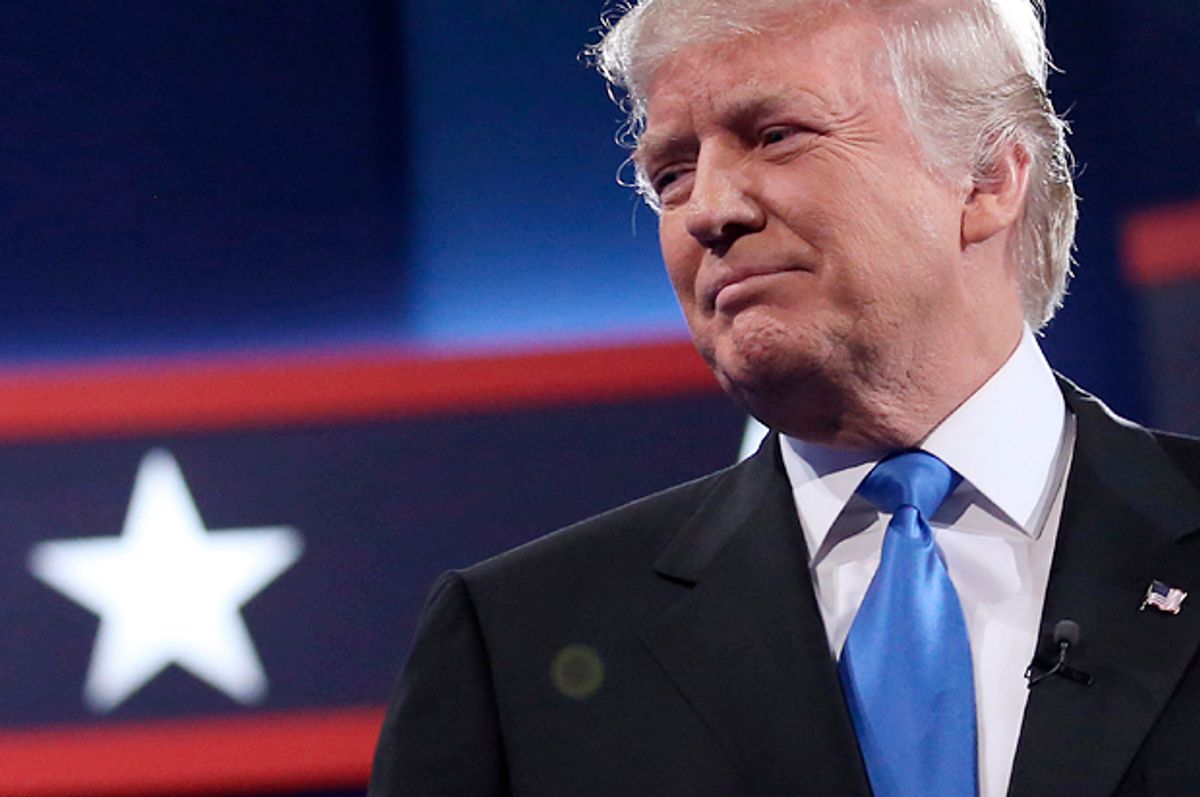 Three weeks into his administration, Donald Trump is already considering overhauling the White House. And somehow, that may not even be at the top of his (growing) list of concerns.

A galling new investigation from Politico, based on interviews with two dozen people who have spent time with Trump since the inauguration, suggests the president is completely cowed by the complexities and responsibilities of managing a federal bureaucracy, his staffers bordering on mutinous: "[It's] a powder-keg of a workplace where job duties are unclear, morale among some is low, factionalism is rampant and exhaustion is running high."

Here are five of the more explosive findings from its bombshell report:

1. Trump possesses a tenuous grasp of how government actually works.

"Trump often asks simple questions about policies, proposals and personnel. And, when discussions get bogged down in details, the president has been known to quickly change the subject — to "seem in control at all times," one senior government official said — or direct questions about details to his chief strategist Steve Bannon, his son-in-law Jared Kushner or House Speaker Paul Ryan. Trump has privately expressed disbelief over the ability of judges, bureaucrats or lawmakers to delay — or even stop — him from filling positions and implementing policies."

2. Leaks from the White House are driving him up the wall.

"The administration is considering limiting the universe of aides with access to the calls or their transcripts, said one administration official, adding that the leaks — and Trump’s anger over them — had created a climate where people are “very careful who they talk to.

Last week, Trump told an associate he had become weary of in-fighting among — and leaks from — his White House staff 'because it reflects on me,' and that he intended to sit down staffers to tell them 'to cut this shit out.'"

3. Jared Kushner's feud with Chris Christie is alive and well.

"Kushner, who is among Trump’s most trusted advisers, has been incensed by reports that New Jersey Gov. Chris Christie, who has ripped the White House over its implementation of Trump’s executive order restricting travel from seven predominantly Muslim countries, is telling people that he expects to enter the White House as part of a 'second wave' of staffers that will replace initial hires. Kushner has long had tensions with Christie — who as Attorney General of New Jersey prosecuted Kushner's father — and played a key role in blocking him from getting a senior job in the administration."

"Trump, a voracious consumer of cable news, has been known to critique aides and surrogates for their appearances. After Spicer’s press briefings, the president has told his spokesman that he’s unhappy about specific answers or his demeanor.

The president, who is obsessive about looks and appearance, even was unhappy with a 'Saturday Night Live' parody of a Spicer briefing, partly because the combative press secretary was depicted by a female comedian, Melissa McCarthy. After it aired, Spicer had proposed cracking a joke about the send-up during his next briefing, or even firing a squirt gun, as McCarthy had done in the sketch. Trump vetoed the idea, according to one person briefed on the matter."

5. Administration officials can't stand each other, and they're all miserable.

"Two visitors to the White House last week said they were struck by how tired the staff looks.

For all of Trump’s frustrations about staff drama however, it isn’t clear they’re going away any time soon. Tensions remain between the staffs of chief of staff Reince Priebus and chief strategist Steve Bannon. Priebus’ advisers blamed Bannon’s team for the botched rollout of the travel ban executive order, saying that they hadn’t done the needed legwork ahead of time."