Sympathy for the devil: To overcome Donald Trump, we first have to accept that we created him

Resisting Trump's agenda is critical. So is accepting that he's not a fluke, and that we all helped create him 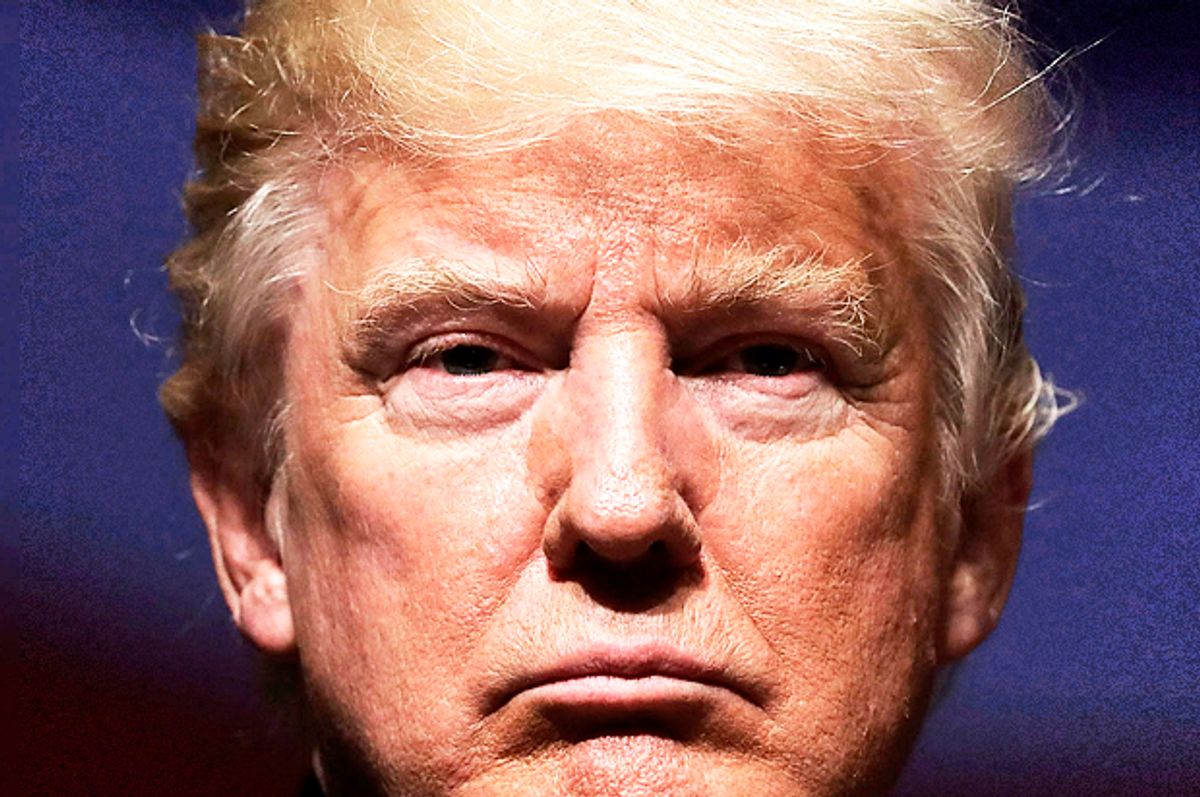 I shouted out, “Who killed the Kennedys?”
When after all it was you and me

That line comes toward the middle of a song played so often on classic rock radio that it has been stripped of virtually all its original significance as one of the great works of 1960s oppositional pop culture, a collision of multiple currents in politics, philosophy, sexuality and music. As usual in Rolling Stones songs, the lyrics are kind of an afterthought — as pure sonic invention, the song was and remains spectacular — and quite likely all Mick Jagger had in mind was some sophomoric pseudo-Jungian yin-yang conception. Light and darkness are sisters, we all contain good and evil, and so on. I know what the song is called, but the identity of its “narrator,” if we pretend it merits a close reading, is ambiguous: Maybe it's Satan, maybe it's the Other Guy. (Maybe they're the same -- mind blown.)

But it was a shocking line to deliver, more shocking than we can now perceive, in a time when the idea that a pop song could offer sardonic commentary on headline news was almost brand new. In fact, that line was inserted at the last minute; Jagger originally sang “Who killed Kennedy?” in a take of the song recorded in London on June 5, 1968. Sen. Robert F. Kennedy was assassinated the following night in Los Angeles, after winning the California Democratic primary. The band returned to the studio and finished the song four days later.

Donald Trump didn’t play that particular song at his campaign rallies. I suppose it’s possible that some aspects of boomer pop culture are too disturbing even for him — but that’s probably not why. Trump or someone close to him is clearly a Rolling Stones fan, and the early greatest-hits collection “High Tide and Green Grass” got played over and over (and over) to crowds waiting for Trump’s perennially late motorcade to arrive. It always struck me as almost ironic to be sitting amid a crowd of amped-up white people in big-box-store athletic wear listening to “(I Can’t Get No) Satisfaction” or “You Can’t Always Get What You Want” — a particular favorite — but not quite ironic enough. Or maybe it was a different problem: In classic Socratic irony, there has to be somebody who doesn’t get the joke, and I had a sneaking suspicion it might be me.

Sometimes the banal and sophomoric, delivered right on time, becomes urgent and profound. I think “Sympathy for the Devil” was like that. When calamitous things happen, we all feel the urge to find someone to blame. Meaning someone else, of course. Amid a burst of chaotic creativity in a chaotic era — captured in Jean-Luc Godard’s film about the recording of that song — Jagger had the rock-star arrogance to tell us that “Who did this?” is always the wrong question.

Donald Trump represents the ultimate fulfillment of that tendency, in several senses. His rise to power is predicated on blaming a lengthy and incoherent list of villains for the real or imagined ills of working-class and middle-class white America: the Muslims, the Mexicans, the Chinese, the gangs, Black Lives Matter, the feminists, the corporations, the lying media and the “elites,” whoever and wherever they are. All politicians make undeliverable promises, and offer phony solutions to real problems or the other way around. But Trump exceeded all previous major-party presidential candidates in how far he traveled into pure semiotics. He promised solutions that were not possible to problems that did not exist — or, more properly, to problems that may exist but cannot be solved by the American political system in its current form.

I want to move past that well-trodden ground to the fact that Trump calls forth the same impulse in his actual enemies. Depending on your perspective, his unlikely victory can be blamed on Clintonite neoliberals or left-wing BernieBros or “identity politics” cultists or denizens of the cosmopolitan “bubbles” of the coastal cities or an antiquated 18th-century electoral system or the complacent Democratic electorate or the long-term duplicity and corruption of the Republican Party or the bigotry and racial resentment and misbegotten entitlement of the “deplorables” who actually came out and voted for him.

I would argue, in fact, that all those things played a role. But endless dispute about which of those factors is most important and how the Democratic Party and/or the left (not the same thing!) should adjust is the definition of failing to see the forest because of all the trees. (There won’t be as many trees after a Trump presidency, I’m guessing — so that will be easier!)

Donald Trump is the culmination of a long historical process in which all those things and many more — all the flaws and contradictions of American democracy and American society — have crystallized in a single figure. In a sense, we have to accept him before we can move past him. He is our creation, an accurate if gruesome reflection of the state of our nation. We all have to reckon with that.

Any honest American, looking at Donald Trump, is forced to echo Prospero’s words in the last act of “The Tempest,” when confronted with the despised monster Caliban: “This thing of darkness I acknowledge mine.”

I wrote a widely shared essay two weeks ago about my vow not to utter Trump’s name for an entire weekend. I actually did it! It was surprisingly easy, although I did go out to a dinner where I had to engage in various circumlocutions about “that person.” But if negating Trump and transcending the Trump presidency are important tasks, they will take some time. Denying Trump, by constantly protesting that he is an unbelievable fluke or anomaly who can somehow be wished away, or by fantasizing about impeachment or the invocation of the 25th Amendment, is another matter. It’s simply not healthy: We have lives to live here. People will be born and will die, relationships will begin and end; there will be sunsets and amazing new houses and ugly furniture and broken dishes and laughter and tears. All of it under President Donald Trump, who will ultimately (I think) be less important than those things.

I am not talking about “normalization,” about accepting repressive and hateful policies and saying, oh, in the end this guy won’t be all that different from other presidents. That’s clearly not true; there is nothing normal about this presidency or the current state of our nation. I am not saying that resistance is futile, because the passionate resistance to Trump’s policy agenda is growing stronger every day. I am saying that Trump or something like him was the natural and perhaps inevitable result of our damaged and divided society, and to pretend otherwise is to miss the larger historical point. His presidency represents a national emergency, and a moment of great danger. It also offers us a history-shaping opportunity to save ourselves and our country in a way that — forgive me, multiple friends and colleagues! — Hillary Clinton’s hypothetical presidency simply did not.

If I could go into an alternate “Man in the High Castle” universe where James Comey never sent that letter and the turnout in Detroit and Milwaukee and Philadelphia was somewhat better and Clinton had been comfortably elected — I mean, yeah, I probably would. But knowing what I know now, I’d have to think about it. Instead we are here, in a universe of terror and exciting possibility, one we all colluded to bring into reality. Who put Donald Trump in the White House? After all, it was you and me.