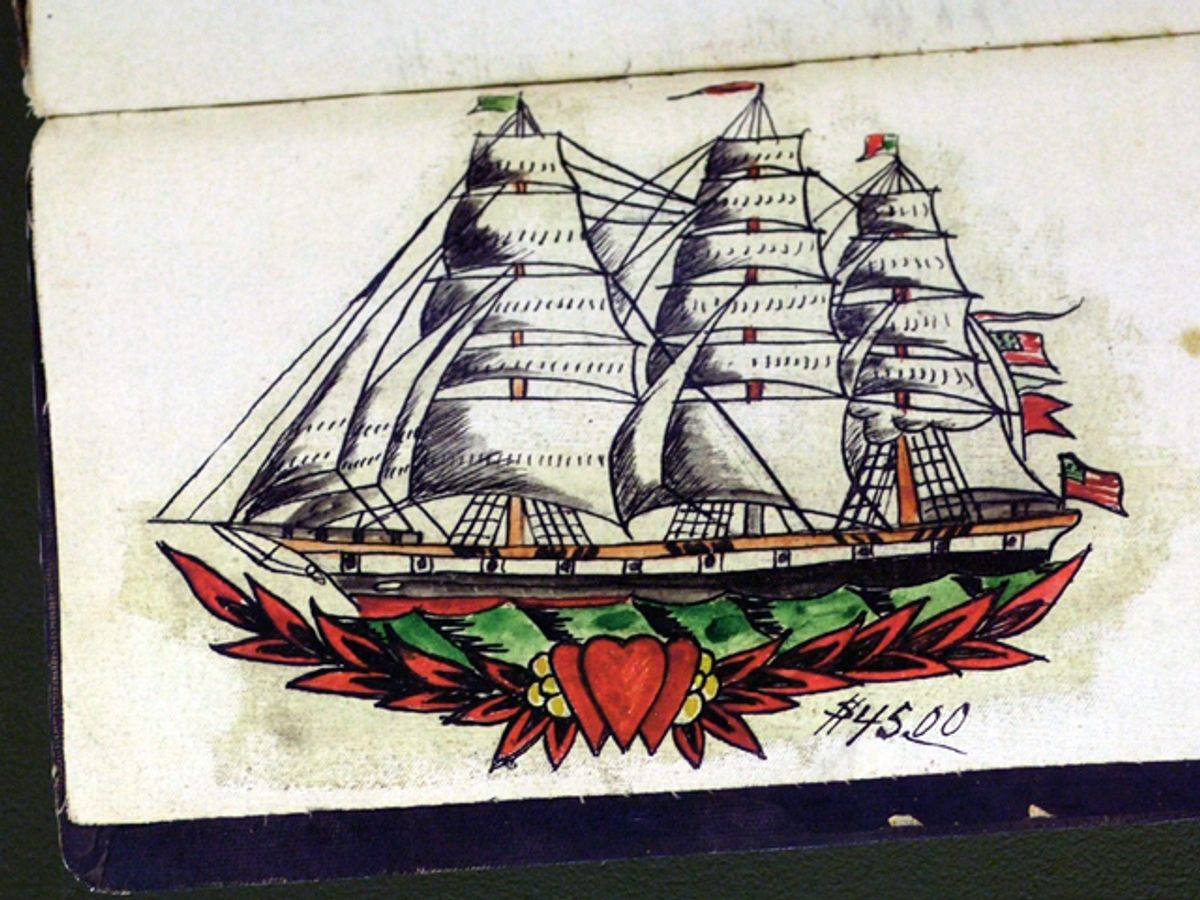 For most of its history in American culture, tattooing has been seen not as an art, but as a tawdry bit of biological graffiti, looked down by proper society as tasteless and even grotesque. In recent years, however, tattooing has become mainstream, with 40 percent of Gen Xers and millennials sporting at least a little ink. Because of this, tattooing is finally being appreciated for the diverse, fascinating folk art that it is.

Salon’s Amanda Marcotte and Peter Cooper visited the South Street Seaport Museum in lower Manhattan to speak with the staff about a new exhibit titled “The Original Gus Wagner: The Maritime Roots of Modern Tattoo”. Wagner was one of the earliest American tattoo artists, working in the late 19th and early 20th century. Visitors can see the roots of many popular tattoo styles today in his work.

“You think about tattooing as a sailor’s art,” he said. “In many respects, that’s true. It’s one of the vectors by which tattooing became popular in America. And here in New York, it probably originated with sailors that came here to South Street.”

Visitors to the exhibit can see photos from Wagner’s travels around the world during his years as a sailor, which is when he learned to tattoo, as well as photos of his heavily tattooed wife, who worked with him.