Can Kellyanne Conway be redeemed? 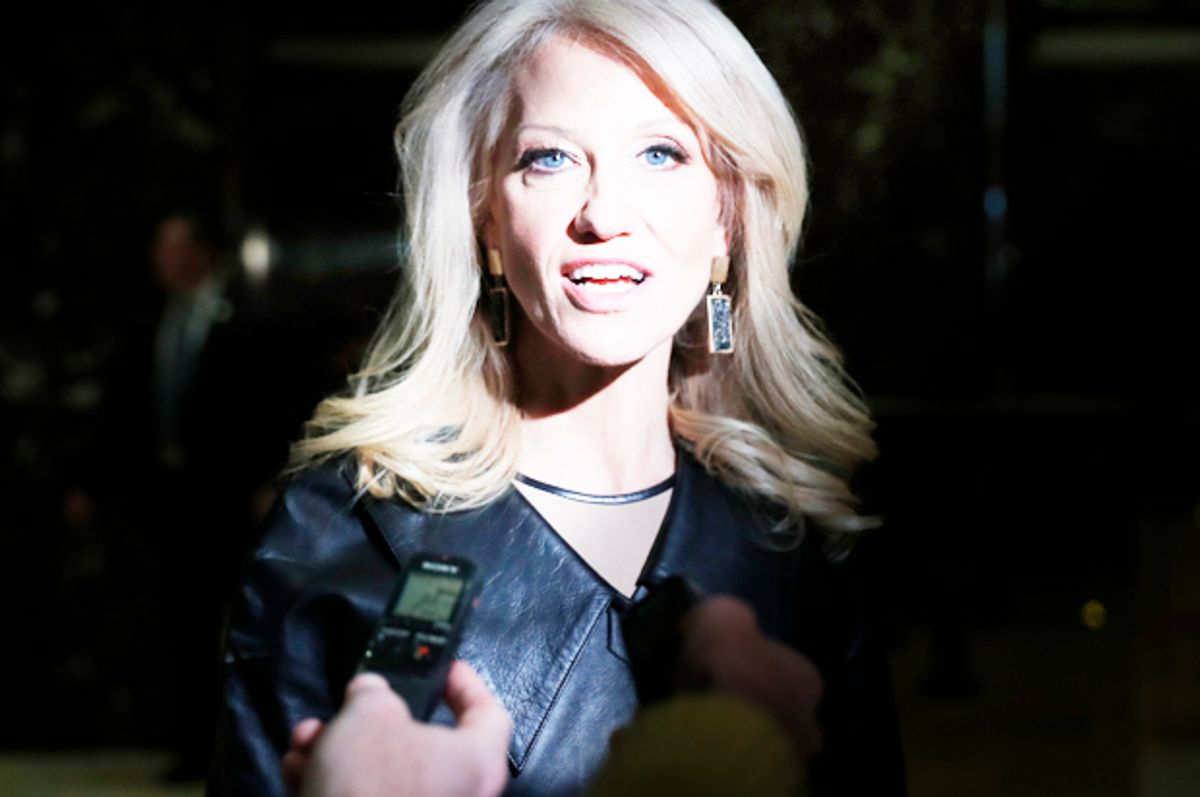 If Sean Spicer is the official voice of the the Trump White House, senior adviser Kellyanne Conway is the unofficial face. But as Kellyanne Conway promotes Ivanka Trump merchandise, or makes up a massacre in Bowling Green, Kentucky — perhaps one of her "alternative facts"— she's running the risk of hurting her credibility.

To find out how badly, Salon spoke with Eric Schiffer, CEO of The Patriarch Organization and Chairman of Reputation Management Consultants.

But as Schiffer says, the problem isn't that she can be mocked on "Saturday Night Live." It's about how she's viewed by the public. Yes, he said, she's very good at her job — but she doesn't care a great deal about the principles of the politicians she assists when performing it.

"Interestingly, Conway proved herself to be highly competent in most of what she does," Schiffer explained. "The world watched her get a man many saw as an unqualified reality TV host elected president. This speaks to her competency, but in the process, she tied herself to a candidate and presidency that is failing to earn a reputation for sorting by facts (which is the bedrock of credibility), is highly controversial, and continues to be widely discredited by many journalists."

This, Schiffer explained, has put Conway's reputation between a rock and a hard place. In order for her to succeed in President Trump's eyes, she needs to keep promoting his agenda. But his agenda relies on an unreliable source — the president himself.

It's not looking like Kellyanne Conway can stay in the White House while in the media's good graces.

"Given the past, she is not remotely likely to fully regain credibility until she leaves the administration," Schiffer said. "She will need to then align herself with a new candidate or cause that has a consistent, predictable and transparent set of verifiable truths she can communicate and in the process have them corroborated with enough consistency that trust over time begins to build."