Trump discussed top secret matters in the open, in front of Mar-a-Lago members and guests 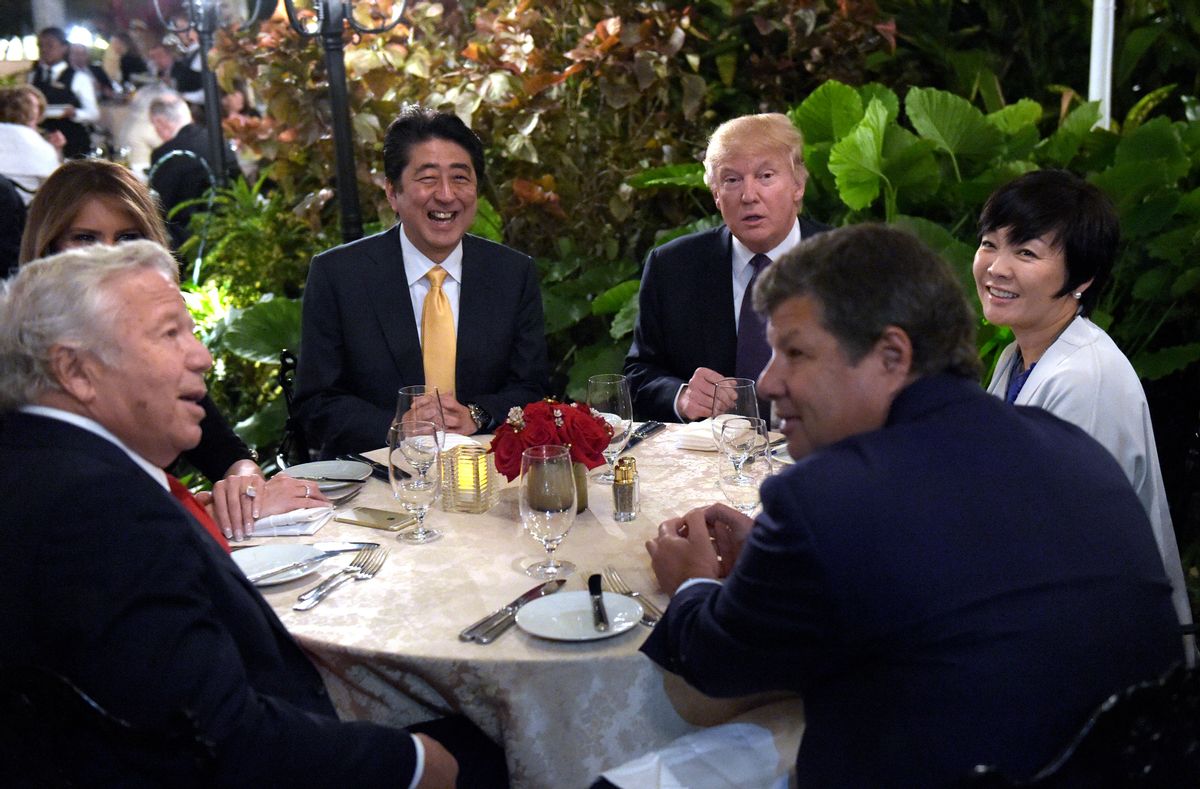 When Trump was informed that North Korea had launched an intermediate-range ballistic missile during his Mar-a-Lago dinner on Saturday night, he and Japanese Prime Minister Shinzo Abe did not leave the room. Instead they made crucial foreign policy decisions right there in front of their guests, allowing the event to be plastered all over social media.

One Mar-a-Lago club member also posted a picture of himself that night with the military official who holds the "nuclear football," which contains the information President Trump will need in the event he needs to launch nuclear weapons away from the usual command centers. The tweet even identified the person by his first name.

Perhaps the most ominous detail of Saturday night, though, was the pervasive use of cellphones throughout the evening.

"Mobile phones have flashlights, yes — and cameras, microphones and Internet connectivity," explained Philip Bump of The Washington Post. "When Edward Snowden was meeting with reporters in Hong Kong at the moment he was leaking the material he’d stolen from the NSA, he famously asked that they place their phones in the refrigerator — blocking any radio signals in the event that the visitors’ phones had been hacked."

Bump went on to explain: "This was considered the most secure way of ensuring that the phones couldn’t be used as wiretaps, even more secure than removing the battery." He added, "Phones — especially phones with their flashes turned on for improved visibility — are portable television satellite trucks and, if compromised, can be used to get a great deal of information about what’s happening nearby, unless precautions are taken."

Photographs from the event show Trump using a phone during the foreign policy conversation. If he used his preferred outdated Android device, that would be especially troubling, as it has been established this type of phone is very easy to hack.

Trump's behavior is in stark contrast to how past presidents have handled secret information.

If there is a security problem, this may be a job for Congress. After all, House Speaker Paul Ryan said last year that people who are "extremely careless" with classified information "should be denied further access to such info."