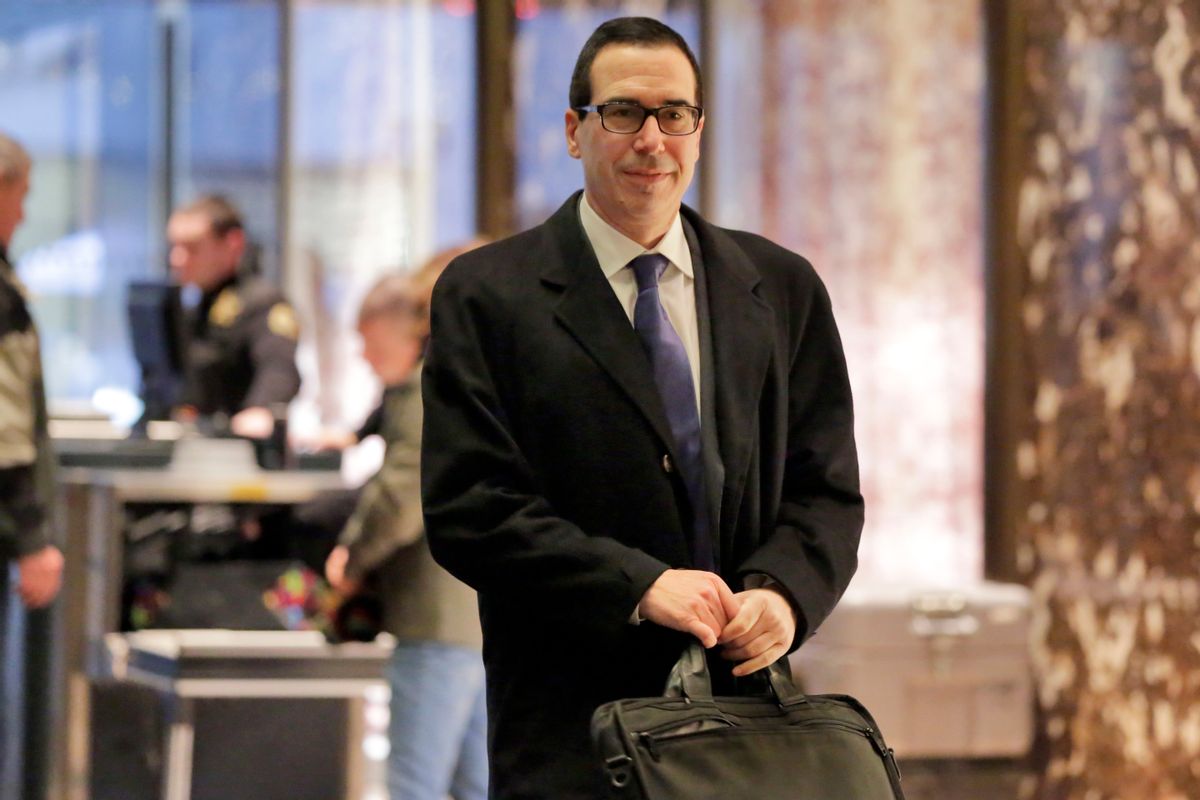 Former Goldman Sachs banker Steve Mnuchin, who was tapped by President Donald Trump to serve as his next Treasury secretary, is apparently looking to staff his administration with Wall Street and Washington insiders.

Mnuchin is reported to be considering Jim Donovan — a partner and managing director at Goldman Sachs who raised money and advised both Mitt Romney in 2012 and Jeb Bush in 2016 — is being considered for deputy treasury secretary. Justin Muzinich, who served as a banker at Morgan Stanley before starting his own firm Muzinich & Co, is being discussed for undersecretary for domestic finance or counselor.

Finally David Malpass, an economist who worked for President Ronald Reagan and President George H. W. Bush, is being talked about for undersecretary for international affairs. Malpass held an important role at Bear Sterns for years, before the bank's spectacular 2008 implosion during the 2008 financial crisis.

It is not surprising that Mnuchin would gravitate toward both Wall Street types and traditional Republicans for key treasury department posts, given his own professional background. In addition to having a 17-year career at Goldman Sachs (during which he played a major role in causing the 2008 economic collapse), Mnuchin is perhaps best known for purchasing the California bank IndyMac in 2009, which he promptly renamed OneWest Bank. His habit of readily foreclosing on people's homes triggered protests outside Mnuchin's Bel Air mansion in 2011.

Like his soon-to-be boss, Mnuchin has also gotten in trouble for being less than forthright about potential conflicts of interest. Mnuchin misrepresented his management of finance entities like one in the Cayman Islands which contain assets worth more than $240 million in total. Although his involvement in these entities is not illegal, it does raise questions about whether Mnuchin would plan on effectively regulating the finance industry upon taking office.