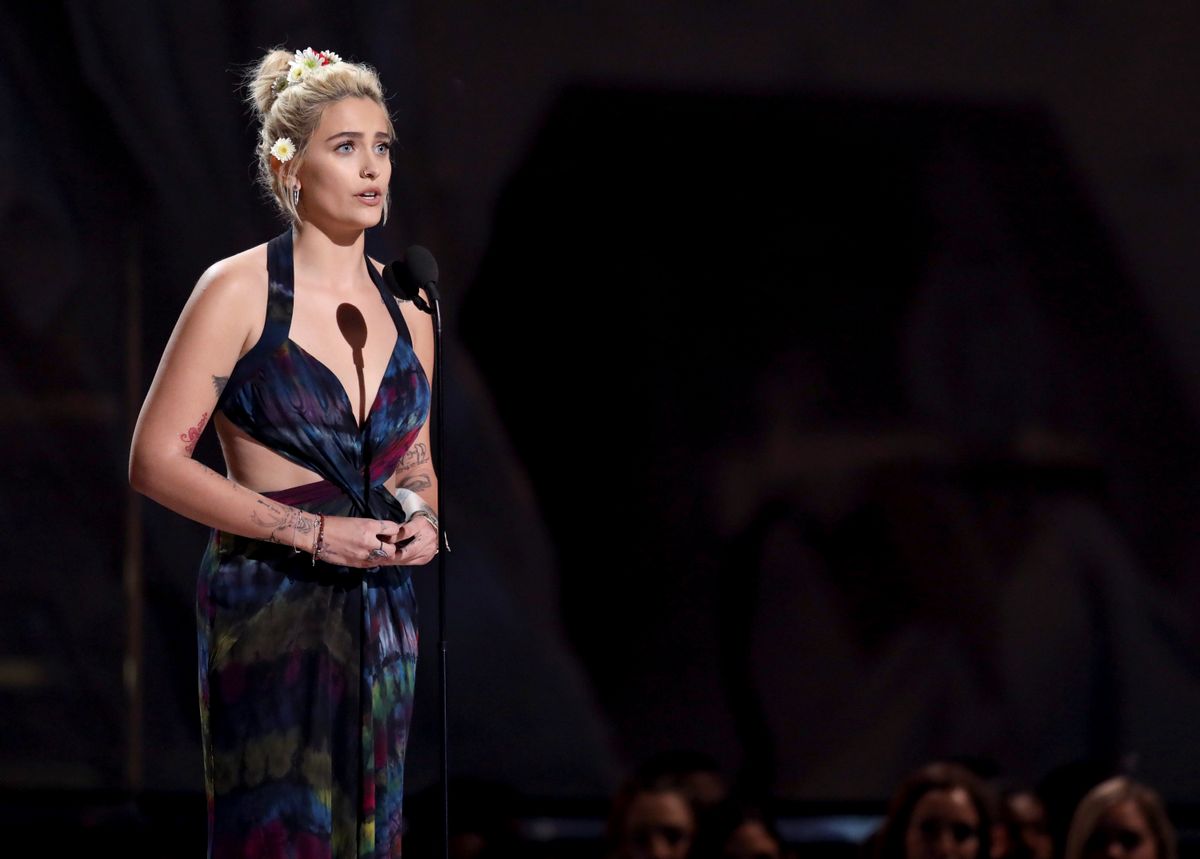 LOS ANGELES (AP) — Paris Jackson took to the stage at the Grammys, introducing a performance at Staples Center eight years after attending her father's memorial service at the arena.

The 18-year-old wore flowers in her up do and sported a nose ring at Sunday's show. She introduced The Weeknd featuring Daft Punk in the evening's second performance.

It was another step in the emergence of Michael Jackson's only daughter. She recently made the cover of Rolling Stone and gave an extended interview to the magazine. She's dabbling in modeling and acting, and befitting a child of the King of Pop, Jackson also writes music and sings.

Jackson was a guest at Clive Davis' pre-Grammy bash in Beverly Hills on Saturday.

In 2009, Jackson was 11 years old and surrounded by her extended family at her father's memorial when she told the crowd, "Daddy has been the best father you could ever imagine, and I just want to say I love him so much."

Jackson hustled her way down the red carpet before Sunday night's show, bypassing most media, and wearing a sequined gown with a deep plunging neckline and her hair loose and wavy.

In the Grammy spotlight, Jackson appeared poised and used the moment to call attention to a larger cause.

"We can really use this kind of excitement at a pipeline protest you guys," she told the audience in an apparent reference to the Dakota Access oil pipeline.

Looking out at the audience, she said, "Everyone looks so beautiful, especially Beyonce."