President Trump is blaming his staff for his administration's failings

The operation is not exactly running smoothly in the West Wing, as sources say the problems likely start at the top 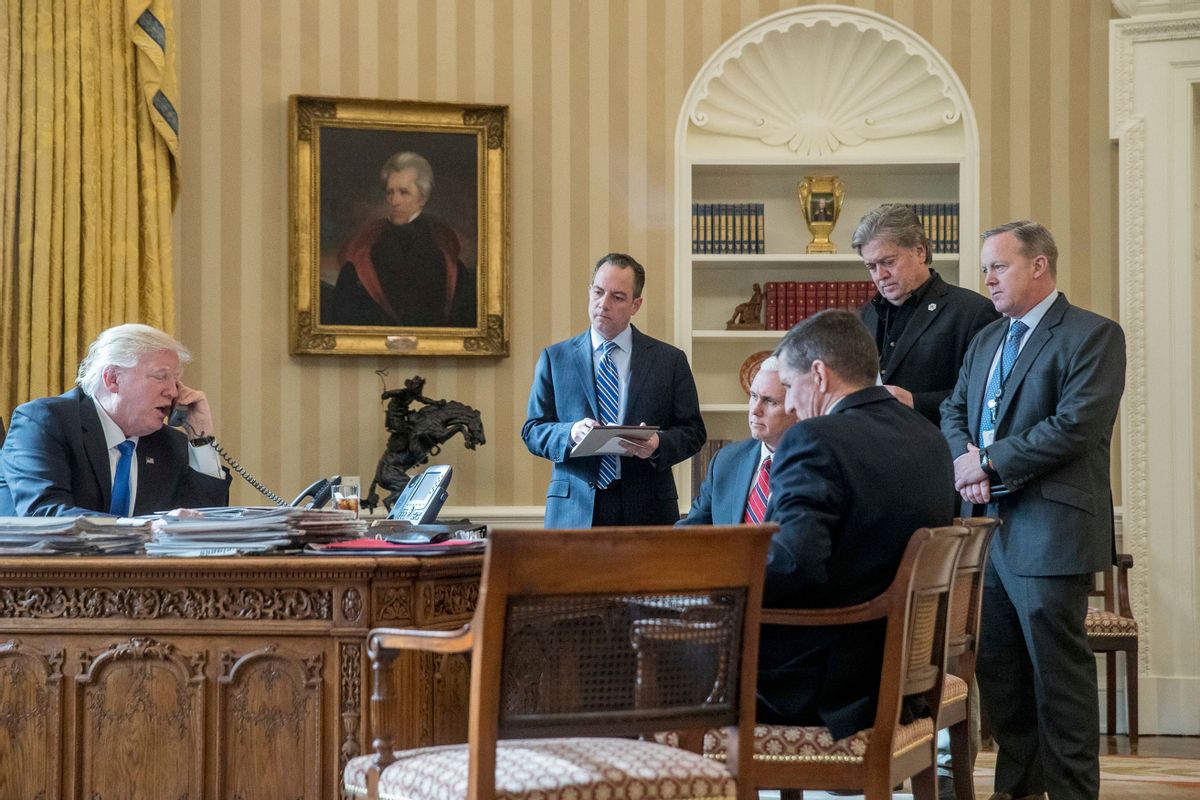 Disappointed with the rough start to his administration, President Trump is reassessing his current team, according to a report from Politico. Missteps in the rollout of his immigration ban, along with humiliating leaks from anonymous White House sources, has reportedly alarmed Trump.

Sources say the president is especially concerned with national security adviser Michal Flynn, who is currently in hot water for discussing Russian sanctions with the Kremlin during the transition period despite his prior denial. Trump apparently believes that other White House staff do not trust Flynn. "He thinks he's a problem," a person close to Trump told Politico. "I would be worried if I was Gen. Flynn."

The national security adviser is not the only senior staffer that is on the hot seat. Sean Spicer, the White House press secretary, has also been the subject of office rumors. Even before Melissa McCarthy humiliated Spicer on "Saturday Night Live," Trump was reportedly upset with his press secretary's performance in the briefing room. Politico reports that in conversations Trump has had about Spicer, he's expressed plain disappointment. Trump became particularly upset with him after McCarthy's performance, mostly because he was lampooned by a female.

Trump reportedly blames his chief of staff, Reince Preibus, who recommended Trump to hire Spicer after their first candidate for the job, Jason Miller, dropped out of consideration when rumors of a marital affair circulated. Over the weekend, one of the president's closest friends Christopher Ruddy, the CEO of Newsmax Media, told CNN's Brian Stelter that "there's a lot of weakness coming out of the chief of staff."

At the moment, the White House staffer attracting the most derision is Stephen Miller, who is seen as one of the principal architects of the immigration ban. Miller made his rounds on the Sunday shows yesterday, when he appeared to read from a script as he tried to defend the administration's brutal first few weeks.