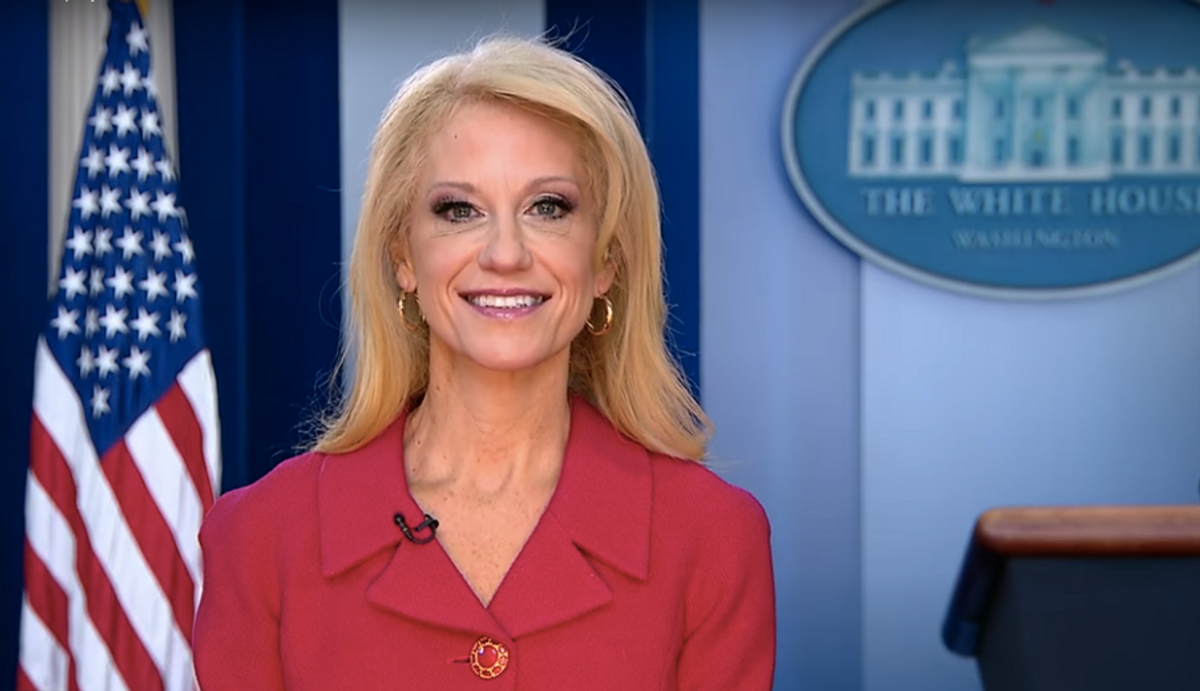 President Donald Trump's adviser Sebastian Gorka is claiming that being "aggressive" in questioning Kellyanne Conway over her misstatements is sexist.

"The tone was very disappointing," Gorka told The Hill after Conway claimed that she "misspoke" when referencing the nonexistent Bowling Green massacre. "It was trying to treat a woman as a punching bag, really. It was clear." He also described the questioning as aggressive.

"If Gorka or anyone else from the administration had been on [Tapper's show] 'The Lead' that day they would have received the same interview," replied CNN in a statement on Sunday afternoon. "It's disappointing to see any administration retreat into false claims of addressing the issues at hand."

Ironically, Conway has eschewed the "feminist" label. In an interview with "The Washington Post" last month, Conway said: "I don’t consider myself a feminist. I think my generation isn’t a big fan of labels. My favorite label is mommy." She also described feminism as having "been hijacked by the pro-abortion movement or the anti-male sentiments that you read in some of their propaganda and writings."

Back in 2011, she wrote an editorial for the Clare Boothe Luce Policy Institute advocating for "femininity" instead of feminism. "I think if women really want to be taken seriously in the workforce these days, looking feminine is a good way to start (as opposed to looking unisex or generic)," Conway wrote. "I’m also amazed at women who appear on television wearing what appears to be a cocktail dress to do an interview about the debt limit. If women think that any man out there is paying attention to what they are saying, they are mistaken. Women can’t dress like Snookie and have someone say that you’re the next Margaret Thatcher. It just doesn’t happen that way."