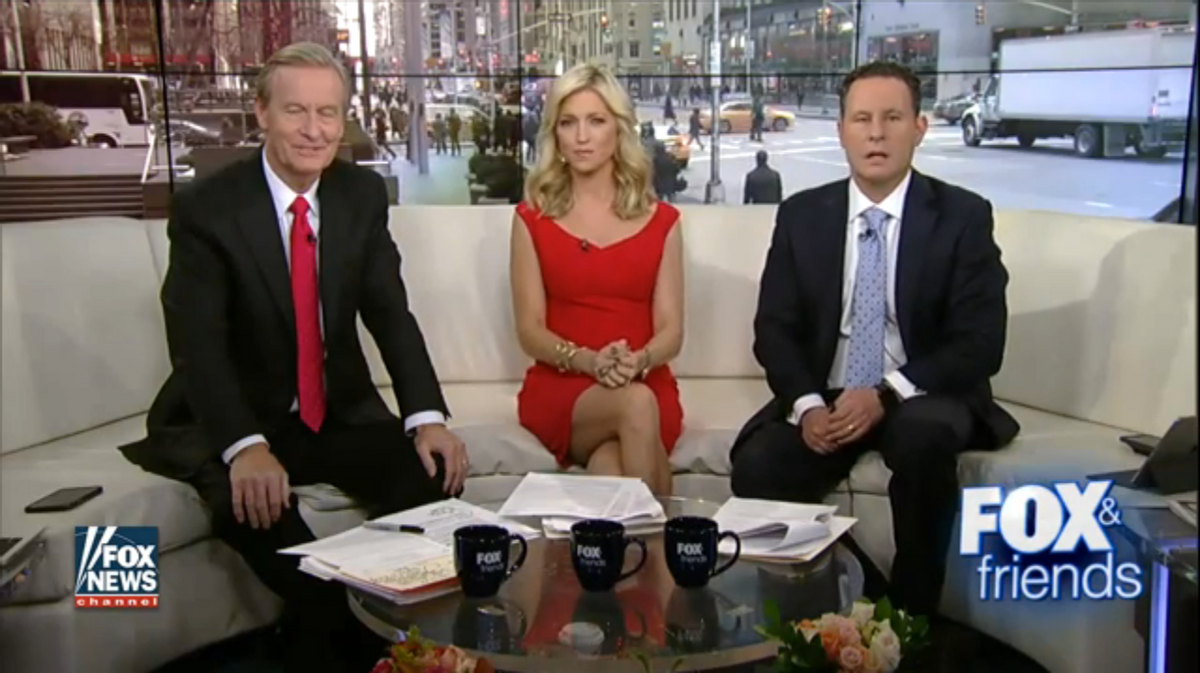 In the wake of Gen. Mike Flynn's resignation as national security adviser, the media seems dedicated to learn what President Donald Trump knew about Flynn's conversations with Russia, and when he knew it.

Fox News, on the other hand, wants to know who's been telling the world about this information.

"What is extraordinary to me, is just the fact that a number of U.S. papers that apparently got the leaks from the intel community that said, 'Hey look we got the transcript of what Mr. Flynn said on the phone to the Russian ambassador, '"Steve Doocy, co-host of "Fox and Friends," said Tuesday morning. "And it looks like kind of shady. Just the fact that there are these leaks inside the permanent government is troubling."

Kellyanne Conway, Trump's adviser, could not agree with Doocy more.

"Well you may be the only outlet talking about that this morning, so thank you for shining a light there," Conway said.

Conway isn't the only person who wants to get to the important question. Trump, recently seen discussing national security issues while in front of guests at his Mar-a-Lago resort, also wants to know how the public can become aware of information that he doesn't want people to know.

Trump's tweet echoed the message from the "Fox and Friends" hosts, who all agreed that Flynn was an American hero who suffered unfairly due to "shady" leaks.

Knowing that most Trump voters get their news from Fox News, the network seems to have skipped over the Flynn story, instead choosing to cover the anti-Trump protest movement, which the network denigrates and mocks every chance it gets.

Even the Fox News website tried to hide the story of Flynn's resignation.