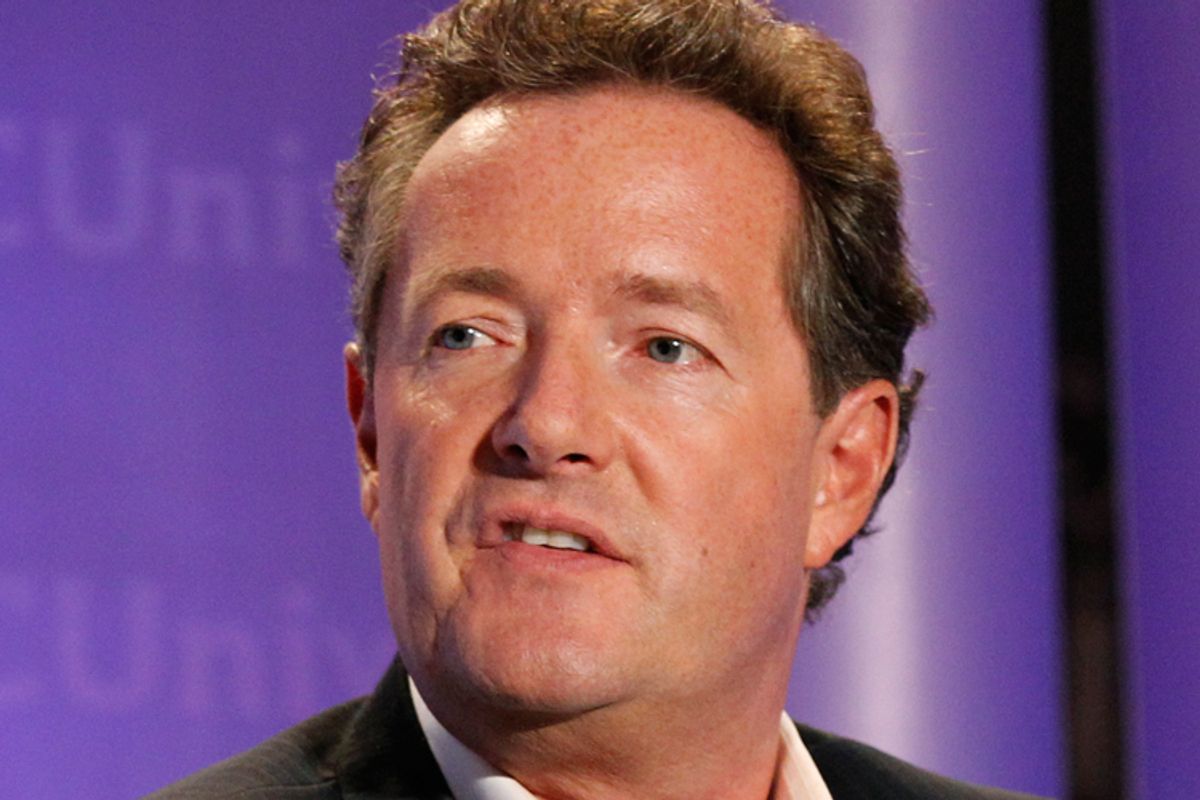 Twitter fingers are flying nowadays, and almost no one is safe from internet criticism and virality — including Daily Mail editor and former "Celebrity Apprentice" winner Piers Morgan, who engaged in a massive Twitter feud with world-renowned author J.K. Rowling.

It all started on Feb. 10 when Morgan was berated by comedian Jim Jeffries on an episode of "Real Time with Bill Maher." Morgan insisted that Donald Trump's executive order on immigration was not in fact a "Muslim ban." Jeffries immediately told him to "f*** off" and compared Trump's actions to the early behaviors demonstrated by Adolf Hitler.

Yes, watching Piers Morgan being told to fuck off on live TV is *exactly* as satisfying as I'd always imagined. https://t.co/4FII8sYmIt

The two continued to exchange harsh insults of one another in a series of tweets. But even when the tweets subsided, it wasn't quite over. On Monday Morgan appeared on "Fox News Tonight" and he told host Tucker Carlson that Rowling is a "serial loser."

Morgan continued to defend his arguments with Rowling and Jeffries on the show and expressed his distaste for the mass hysteria that has ensued in the wake of the Brexit vote and the election of Donald Trump. Although portions of his defense could be considered somewhat well-reasoned, Morgan is quite the controversial figure. He was a winner of the "Celebrity Apprentice" in 2008 and abysmally failed at replacing Larry King as a CNN host.