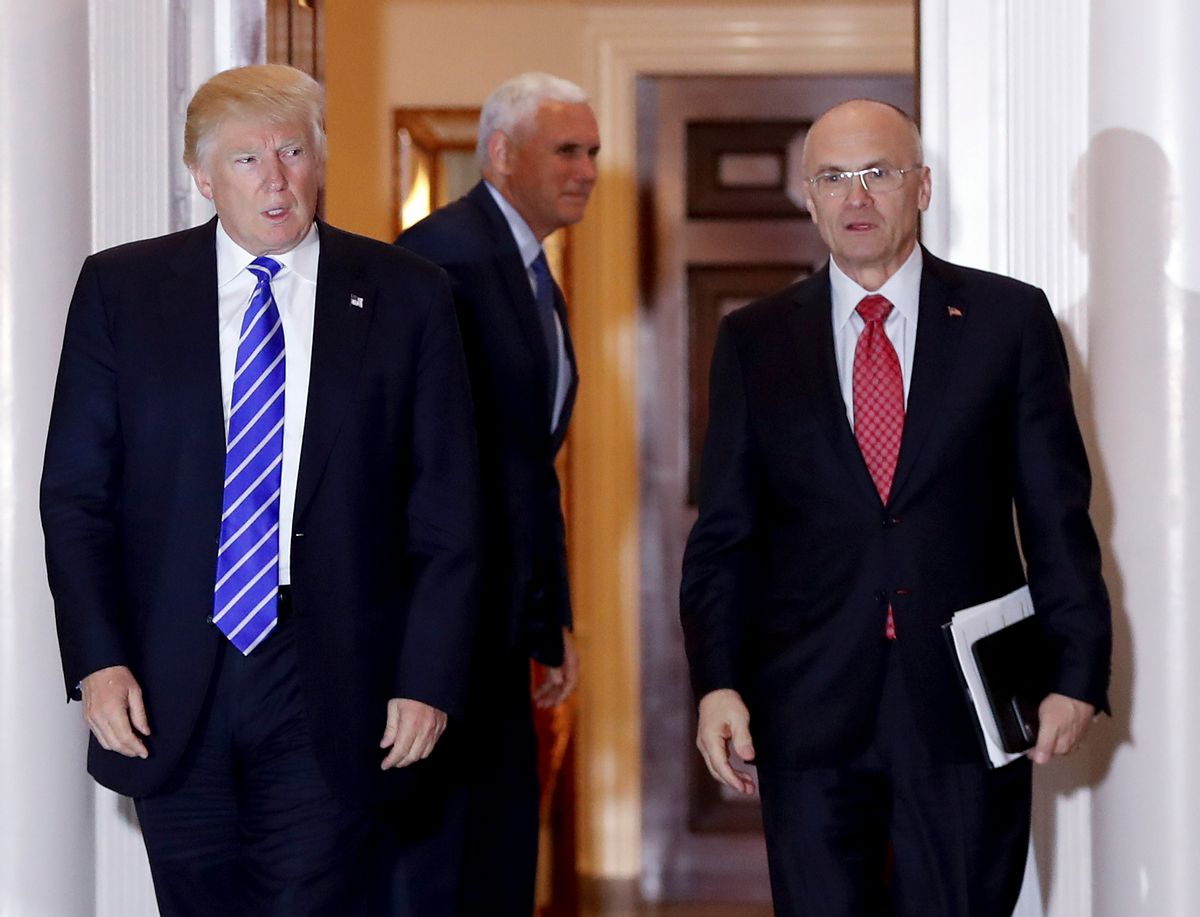 President Donald Trump's labor secretary pick Andrew Puzder — who before the Trump era was best known as the CEO of CKE Restaurants, which owns franchises like Hardee's and Carl's Jr. — is facing potential opposition not only from Democrats but from many of his fellow Republicans.

Sens. Rob Portman, R-Ohio, and John Thune, R-S.D., announced on Tuesday that they were not yet ready to support Puzder, according to a report by The Washington Post. They claim that they will need to assess Puzder's performance at a Senate hearing before the Health, Education, Labor & Pensions Committee before arriving at a decision.

The skepticism of Portman and Thune is notable because they are the first Republican senators not from the health committee to express these concerns. The other four hesitant GOPers include Sens. Susan Collins of Maine, Johnny Isakson of Georgia, Lisa Murkowski of Alaska and Tim Scott of South Carolina.

Joining in the right-wing chorus of hesitation about Puzder are the editors at the National Review. In an editorial published on Wednesday, the writers denounced Puzder as "a reliable font of clichés in favor of higher levels of legal immigration," adding that this is concerning because "the Department of Labor bears a significant amount of responsibility for enforcing the nation’s immigration laws." They also pointed to the fact that "Puzder employed an undocumented housekeeper for several years and failed to pay related taxes," a variable that is also believed to be behind the reluctance of many Republican senators.