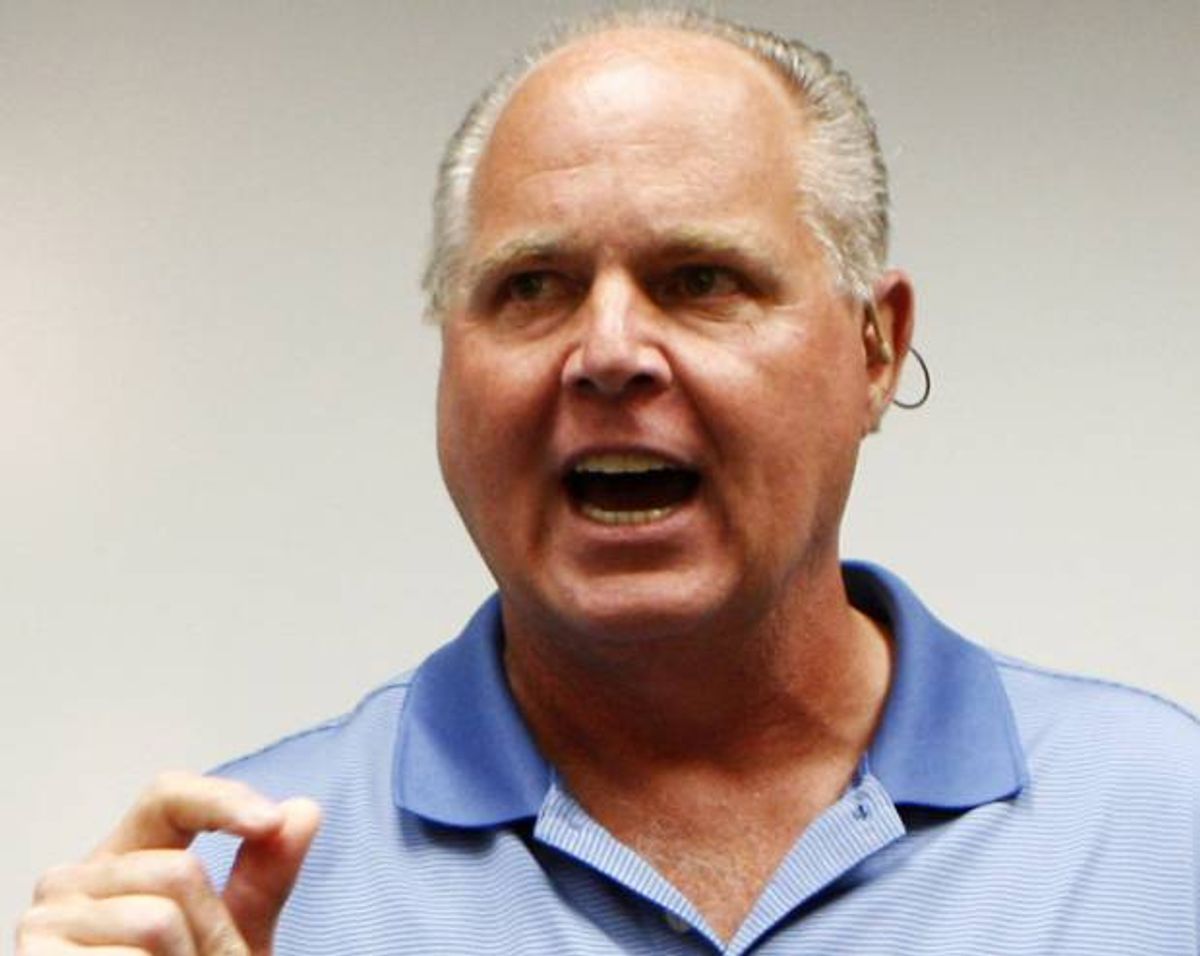 "The question is, what did Barack Obama know and when did he know it and what has he engineered here?" Limbaugh asked on Tuesday. "This all happened with Flynn back in December. Trump had not even been inaugurated yet. And it’s still mysterious to me what really happened."

He added, "Even if, even if Flynn, as the incoming national security director, had called the Russian ambassador to talk, so what? That’s not hard to imagine. That’s not a big deal. It really isn’t a big deal."

Flynn had to resign precisely because Trump wasn't in office yet. By engaging in diplomatic negotiations with a foreign power as a private citizen, Flynn may have violated the Logan Act.

As Salon's Simon Maloy has pointed out, there are valid reasons to question President Trump's role in the Flynn scandal.

"One of the critical questions swirling around this scandal has been when exactly Trump learned that his national security adviser had discussed the Obama administration’s sanctions on Russia during a Dec. 29 phone conversation with the Russian ambassador to the United States," Maloy observed. "The only comment Trump has made on the issue came on Feb. 10, the day after The Washington Post reported that Flynn had indeed discussed the sanctions with the Russian ambassador and had falsely denied ever having done so."

Trump claimed to be unaware of the report, which was later revealed to be untrue. The White House has since admitted that Trump had been informed as of late January.

Questions have also been raised about the timing of Russia's decision to not retaliate to Obama's sanctions. Although Russia initially signaled its plans to strike back, it inexplicably reversed positions after Flynn's conversations took place. Once this came out, Trump tweeted the following: