In an email chain, Ginni Thomas said she wanted to start a group that would counter the resistance from the left 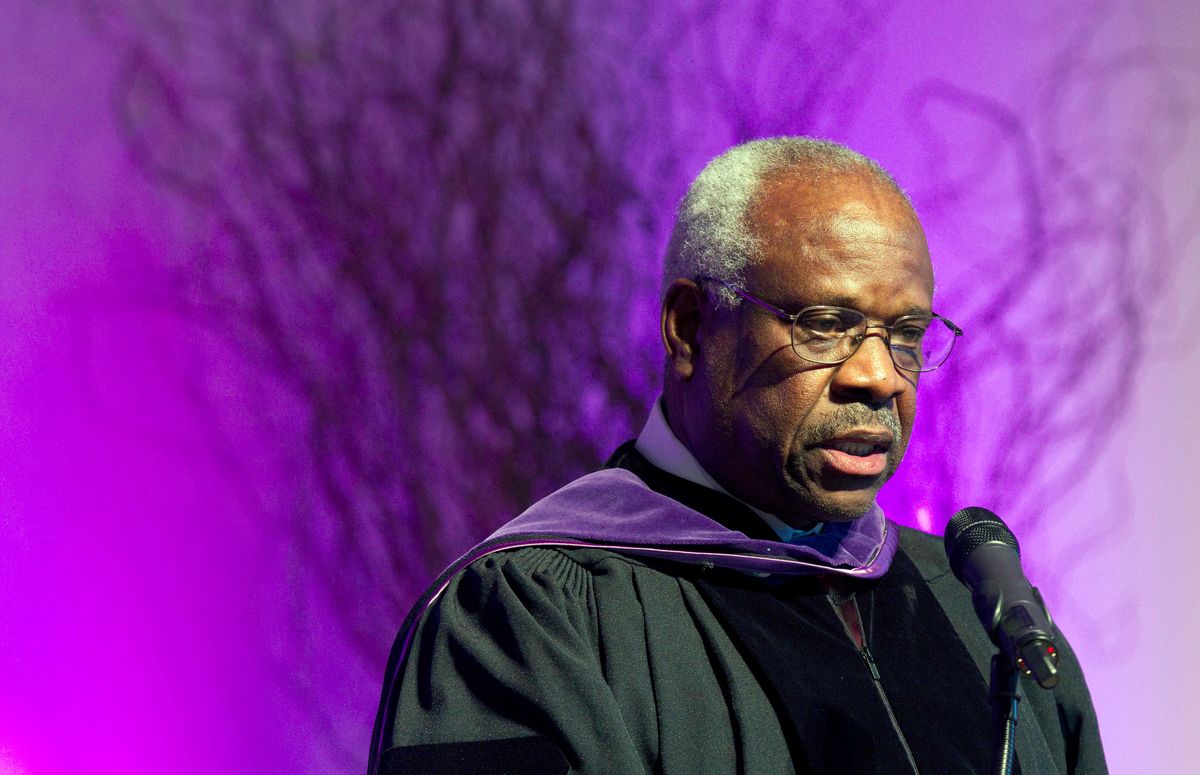 In an email chain, Ginni Thomas, wife of Supreme Court Justice Clarence Thomas, asked how she could start a grassroots organization that would support President Donald Trump and combat the resistance coalescing against him.

The emails, uncovered by The Daily Beast, were posted to a conservative listerv this month. They revealed an eager Ginni Thomas determined to make sure Trump's policies were enacted.

"What is the best way to, with minimal costs, set up a daily text capacity for a ground-up grassroots army for pro-Trump daily action items to push back agains the left's resistance efforts who are trying to maker America ungovernable?" she wrote.

"There are some grassroots activists, who seem beyond the Republican party or the conservative movement, who wish to join the fray on social media for Trump and link shields and build momentum," she added. "I met with a house load of them yesterday and we want a daily textable tool to start."

Even though judges are not allowed to "personally participate" in raising money for charitable endeavors, Thomas has maintained a friendship with Dallas-based multimillionaire Harlan Crow, who helped finance a museum dedicated to the justice in Pin Point, Georgia. Crow even provided Ginni Thomas $500,000 so that she could start a Tea Party-related group.

Before the Supreme Court heard arguments about the constitutionality of the Affordable Care Act in 2011, Ginni Thomas "specifically agitated for the repeal of Obamacare," according to The Nation. Democrats, led by then-Rep. Anthony Weiner, said that Justice Clarence Thomas should recuse himself from the case. He didn't, but it turned out to be a moot point, as the Affordable Care Act's constitutionality was upheld.

For Clarence Thomas, his wife's current activism could pose a problem.

Heidi Li Feldman, a professor at Georgetown Law School, told The Daily Beast that the email campaign could force Justice Thomas to recuse himself from a case dealing with Trump's executive order on immigration.

"It's pretty egregious," Feldman said of the emails." It's pretty clear that it's quite partisan."

For a Supreme Court justice, it's a personal judgment call whether to opt for recusal because of possible partiality.

Justice Thomas and his wife did not return The Daily Beast's requests for comment.