When asked about anti-Semitism in the U.S., Trump instead talked about his Electoral College win 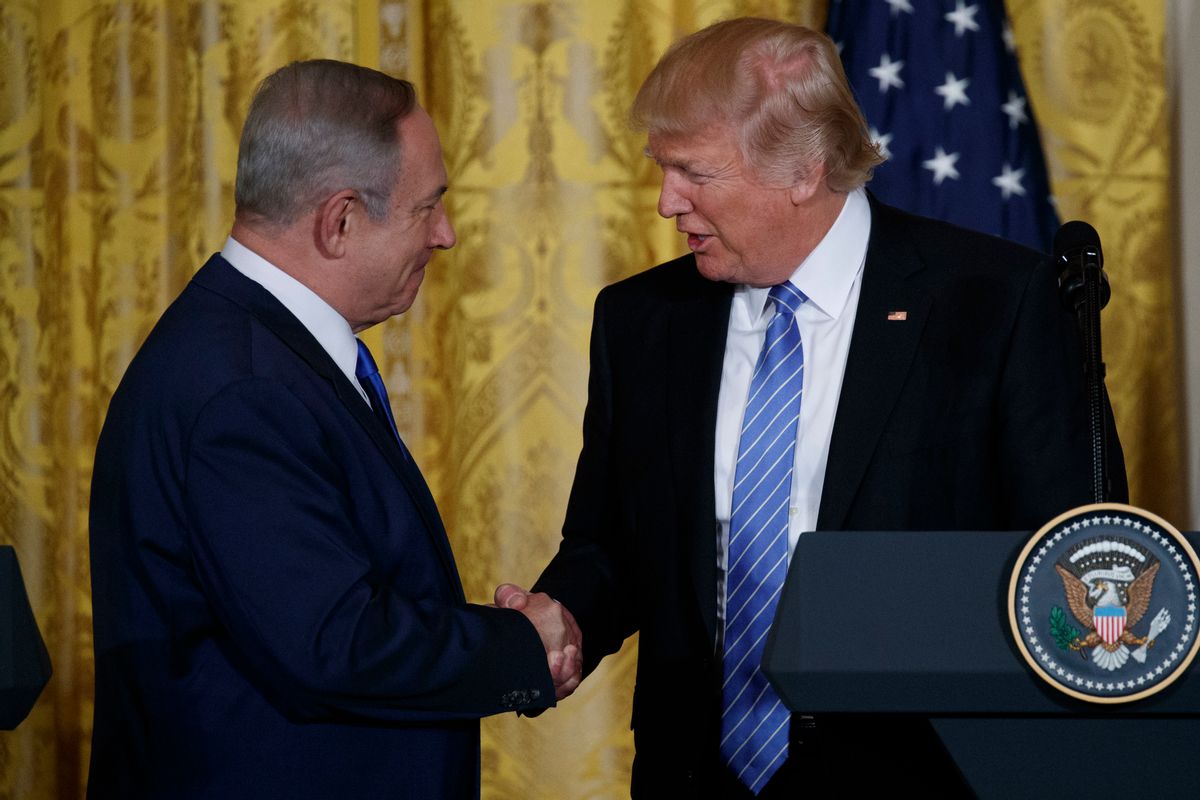 In a joint press conference with Israeli Prime Minister Benjamin Netanyahu on Wednesday, President Donald Trump glossed over the rising tide of anti-Semitism in America, pointing instead to his impressive electoral victory as evidence that the nation wants to come together. Meanwhile, Netanyahu, the subject of a corruption probe, has no problem with the Trump administration's glaring omission of Jews from a statement on Holocaust Remembrance Day

Netanyahu Thursday said that American-Jewish organizations were "misplaced" in their outrage over the statement, which the Trump administration said intentionally omitted Jews because "everyone's suffering."

Throughout the 2016 campaign, Trump promised to be amenable to Israel, arguing that the Obama administration failed America's closest ally in the Middle East. But Trump's affection for the Jewish state appeared contradictory to his nonchalant attitude towards racism and anti-Semitism. On social media, the president himself has shared tweets from suspected white supremacists and even shared an offensive meme featuring the Star of David.

During Trump's bid for the presidency, Twitter saw a surge of anti-Semitic posts. The alt-right community — not exactly friends of the Jews, or any minority group for that matter — gleefully spread its message of hate in support of the president.

But when asked about this virus in America, Trump thought it was necessary to bring up his electoral win.

"Well, I just want to say that we are, you know, very honored by that victory that we had, 306 electoral college votes. We were not supposed to crack 220," Trump said in response to a question about anti-semitism. "You know that right? There was no way to 221, but then they said there's no way to 270, and there's tremendous enthusiasm out there. I will say that were are going to have peace in this country."

Watch a video of Trump's comments on anti-Semitism below:

He starts his answer by talking about his electoral college victory pic.twitter.com/8NFq8B28md