"Other people scare me. Monsters are not real": “XX” is a 4-segment horror anthology directed by women

The horror anthology has something for every audience: Salon interviews "The Box" director Jovanka Vuckovic 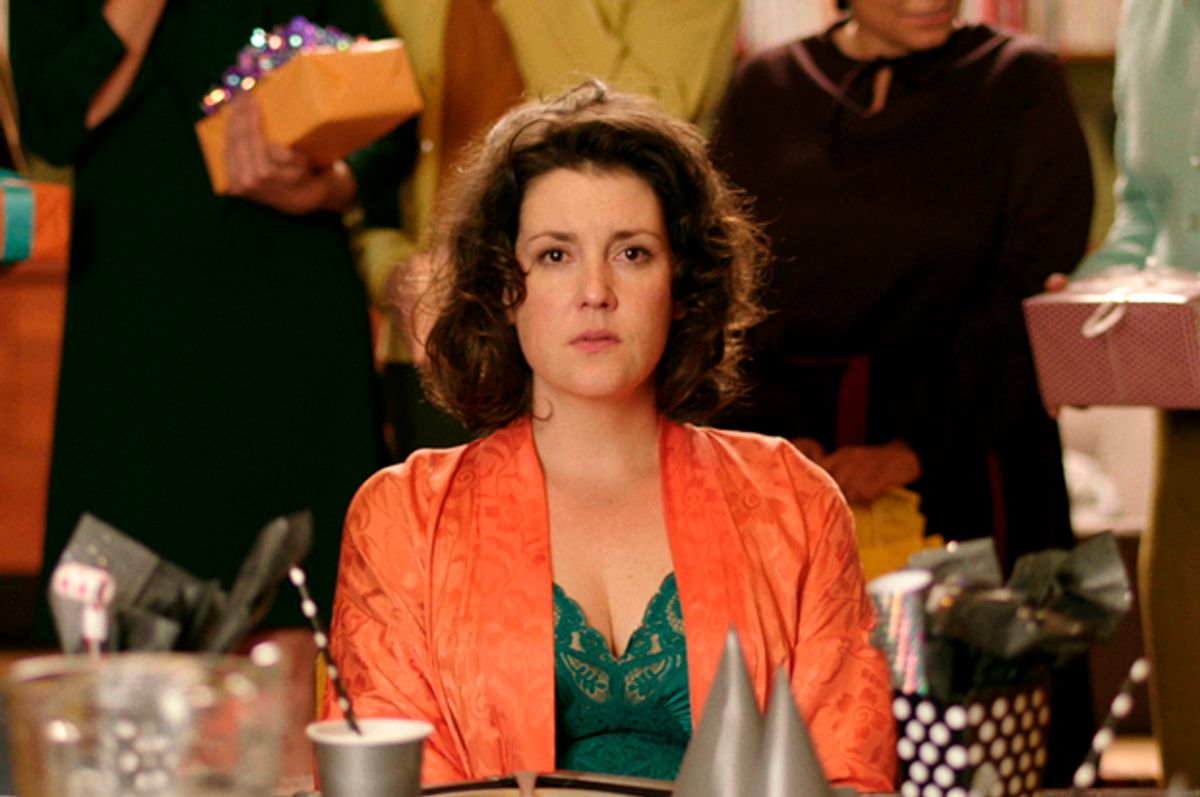 “XX” is a four-segment horror anthology, with each entry directed by a different female filmmaker. The episodes are all engaging, albeit uneven: Gore fans will be bored by the first two segments, which are more psychologically scary. Viewers who flinch at the sight of blood may want to leave at the third tale but come back for the last one. The four stories are linked by an animated sequence directed by a fifth female filmmaker, Sofia Carrillo.

Jovanka Vuckovic, who is the associate producer of “XX,” directed the first entry in the anthology, a striking adaptation of Jack Ketchum’s story “The Box,” about Danny (Peter DaCunha), a young boy whose life changes after he peeks into a stranger’s box on the subway. His mother, Susan (Natalie Brown) responds oddly to her son’s behavior, which soon affects the entire family.

The second tale, “The Birthday Party,” directed by Annie Clark (aka St. Vincent), is more of a black comedy than a horror film. Mary (Melanie Lynskey) is planning a costume party for her young daughter when she makes a startling discovery. As she tries to prevent a crisis, everything gets in her way.

The gorier entries are “Don’t Fall,” by Roxanne Benjamin, about four friends on a hike who encounter something strange and deadly, and “Her Only Living Son,” by Karyn Kusama, in which a mother (Christina Kirk) makes some unsettling discoveries about her son (Kyle Allen) on his 18th birthday.

Salon chatted with Vuckovic about horror versus terror, female filmmakers and making “XX.”

There has been a spate of horror anthologies in recent years. How did this particular project come about?

Basically, the producer Todd Brown and I noticed that a lot of women were being passed over for jobs on these horror anthologies. I was going to crowdfund an all-women anthology, and then Todd asked me about doing one. He brought in financing, and I quickly abandoned my concept and jumped on board and became an associate producer of “XX.”

We made a list of directors we wanted to approach, which sounds easier than it is. Seven percent of all working directors are women. But it’s difficult to find a handful of women to commit to the timeline and budget. We lost Antonia Bird [known for “Ravenous”] to cancer. She was at the top of the list. We lost our funding a week before shooting, and Todd swooped in and found Magnolia [Pictures], and they gave us complete creative control. That's probably the only time that will ever happen to me in my professional career! We started four years ago and I completed my section two years ago.

We lost other directors to other jobs, but the final lineup was magic. Peter Van Steemburg from Magnolia Pictures suggested Annie Clark. We had no idea what she would do. We didn’t talk to each other about what we’d do. We just put them together. Roxie [Benjamin] is like a hero to us. She was going to co-write and produce for Annie, but we lost another director, and she turned around and wrote, directed and delivered her segment in record time.

How do you feel gender is portrayed in horror? There are final girls, and women are often exploited for their bodies or sexuality. The films in “XX” don’t really do that at all.

Historically we have been pincushions and knife fodder and final girls, but final girls are a trope, and not a real person. The best example of a final girl is Ripley from “Alien,” but she started out as a man. Ridley Scott changed the gender of the protagonist.

“The Box” was about a man, but I changed it to a mother who couldn’t connect with her family. Over the last hundred years 90 percent of films have been made by men and from the male perspective and male point of view. There’s a lack of representation, and the opportunities for women actors are limited. It’s difficult.

So my goal as a filmmaker is to tell stories about women, not just about gender, but all sorts of lifestyles so there isn’t a whitewashed version of the world. As the Geena Davis Institute says, “If they can see it, they can be it.”

The horror genre is badly in need of new perspectives, and women are needed in spades.

For some folks, not seeing the monster as in “Jaws” is scary. For others, it’s ratcheting up the tension, like in “Wait Until Dark.” Some filmmakers use music, as Hitchcock did in “Psycho,” to scare viewers. Other filmmakers use “boo!” moments. What do you think makes horror effective?

David Lynch was successful in making pencil erasers evoke feelings of dread. That’s successful. It’s easy to say, “boo!” and get a jump scare. I’m more attracted to stories that sink in and stay with you long after the lights come on. I categorize films like Denis Villeneuve’s “Enemy,” and [Jonathan Glazer’s] “Under the Skin” as horror films. They are not conventional straightforward horror. There are tons of subgenres.

Devendra P. Varma explained the difference between terror and horror. I’m paraphrasing, but terror is like walking into a house and knowing that there is a dead body there. Horror is tripping over it. The experiences are very different. We use horror in cheap ways — boo! moments and gore films — but Hitchcock is terror. Some people like one more than the other. In my advanced age, I lean more towards terror, which is why I chose to make “The Box” versus Roxie’s “Don’t Fall,” which is a creature feature. Her segment is wildly popular, though.

Yes, what I liked about “The Box” is you create dread without showing it.

That’s Jack Ketchum. And people accuse him of being a lazy storyteller. That was my opportunity to direct an episode of “The Twilight Zone.” Making “The Box” for me was inspired by “Twilight Zone” and Rod Serling’s “Night Gallery.” Aesthetics wise, I was probably inspired by Kubrick.

People. Other people scare me. Monsters are not real. Vampires and werewolves are not going to get me. We are living in a climate where women have a real fear of losing their [rights]. One filmmaker missed the premiere at Sundance to go march on Washington. This film can’t help but be politicized. I’m afraid of the movement Trump is mobilizing; that is genuinely scary to me.

Fictional horror is hard for me to get scared by lately. As I said, “Enemy” and “Under the Skin” are puzzles, and require effort and repeat viewing to unravel their complexity.

What is missing in the horror genre?

Women are missing! From all genres. Fifty percent of film school graduates are women. And more than 50 percent of ticket buyers are women. But only 7 percent of directors are women. This is a problem! There is no easy solution. “XX” is our humble contribution to progress. It’s created out of necessity to contribute to the genre. It’s not a gimmick; it’s an attempt at progress.

There’s not much deep thinking in the “Saw” films. The original was a great concept. The sequels were more fun, a blood ballet of violence. Horror films have always been a springboard for our cultural anxieties. In the 1950s we were afraid of different things: things coming from the sky, communism, alien invasions and loss of personal autonomy.

In the 1960s we became more afraid of each other. And in the 1970s it was “Texas Chain Saw Massacre,” where you are a stranger in your own landscape, totally trapped in a completely difference place that may be only 100 miles away. Those films are a sublimation of all the shit we’re afraid of. Let’s see what comes out of the Trump administration.