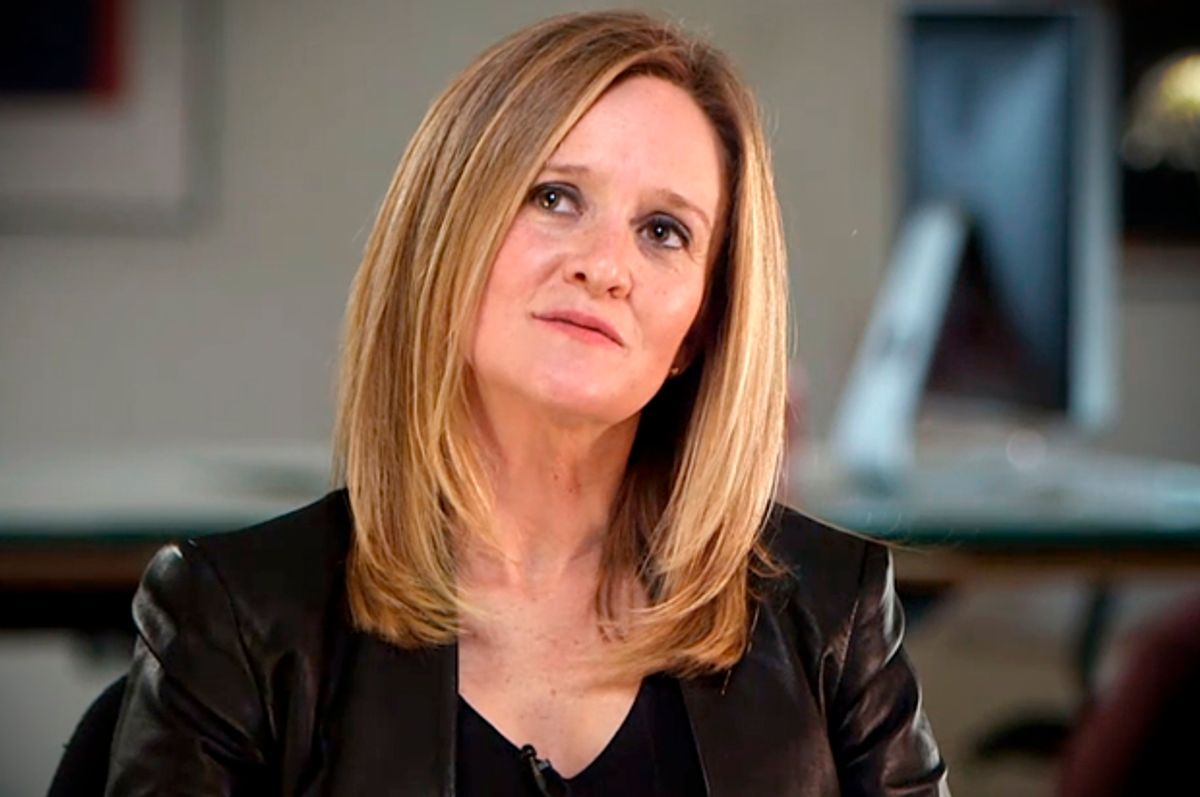 Among the many traditions our new president threatens to disrupt is the possible destruction of that not-so-venerable institution, the annual White House Correspondents’ Dinner. That’s the one you can catch on C-SPAN, where journalists, decked out in tuxes and evening gowns, rub shoulders with pols, Hollywood celebrities (who are usually invitees — trophies really — of the larger press organizations) and, of course, the president. As one reporter put it, it’s where the press and the president declare a truce for one evening while a comic flays both sides. Everyone in Washington jokingly calls it “nerd prom.”

This year, what has thrown the White House Correspondents’ Association into a tizzy is, of course, Donald Trump. Already two news outlets, Vanity Fair and the New Yorker, have canceled their traditional sponsorship of parties around the dinner, and others are threatening a boycott, which forced the WHCA to issue a statement that the dinner was indeed still being held on April 29 as scheduled.

There have been other public calls to end the dinner entirely, including one by Margaret Sullivan of The Washington Post, who called it “journalistic self-abasement,” and another by John Oliver.

The ostensible reason for the hand-wringing is that the media cannot possibly cohabit with a president who has actively and continuously attacked them, challenged their credibility, told them to shut up and presented a panoply of “alternative facts” against their verifiable facts. More simply, they cannot cohabit with a president who does not believe in a free press.

There is, however, another argument as to why the event should be canceled, and it may be a better one. A function in which there are gibes and laughs seems inappropriate for a time when the line between comedy and tragedy has never been thinner. The same night, Samantha Bee will be hosting a dinner of her own, the “Not the White House Correspondents Dinner,” but one can pretty much assume that the gibes there will not all be in good-natured fun, which is the premise of the correspondents’ dinner.

Amid all the brouhaha, we may lose sight of this: The press had no problem holding its dinner when Bush I or Clinton or Bush II or Obama was president. Their issue is ad hominem, against Trump, and, as CBS News correspondent Major Garrett wrote, would seem to prove Trump’s point about media bias.

Garrett sees this as a reason to continue the dinner. I believe it obscures the reason this dinner should expire: because the distance between the press and the politicians it covers should be wide, and rubbing shoulders with the politicians is all too likely to promote a mutual self-interest that overwhelms the public interest. That’s true no matter who the president is. Long before Trump, the dinner had become symbolic of one of the big problems with the media. They are too close to power, too chummy with the folks they should be skewering.

The exact function of this gala is a bit hard to determine. Ostensibly, it raises money for scholarships to train aspiring journalists, but at least according to one account, the return on the donation is paltry.

The WHCA also declares the dinner a celebration of the First Amendment, though that is a murky proposition. The idea that a comedian can speak truth to power and take it down a few notches is a good one, but you have only to remember the ruckus raised by Stephen Colbert’s darts at President George W. Bush at the 2006 dinner to see it is an idea honored more in theory than in practice. (The next year, in penance, the WHCA selected toothless impressionist Rich Little to perform.)

You may remember this, too: During the 2011 dinner, President Obama’s heckling of Donald Trump and the barbs thrown at Trump by comedian Seth Meyers are said to have prompted him to seek revenge through his presidential candidacy. So if the evening demonstrates anything, it may be how thin-skinned our public figures are and not how much they revel in the freedom of expression. Basically it’s a big, extravagant party, which isn’t a good thing.

The pretense that the press and the pols should put down their swords for one night might be more persuasive if the press didn’t have their swords sheathed nearly all the time anyway — except, perhaps, during election season, when they indiscriminately whack away at both sides to demonstrate their evenhandedness.

That evenhandedness went a long way toward giving this country the Trump presidency. Indeed, the mainstream media’s current antipathy toward him certainly has something to do with recognizing their responsibility for his victory by equating Hillary Clinton’s email server with Trump’s multitude of sins. They have a lot to flagellate themselves for.

Still, you cannot really discern whether the media are being so aggressive toward Trump because he is an incompetent, bigoted demagogue or because he has shown so little deference to them — that is, whether this is national or personal. If I had to, I would bet on the latter. But even if Trump declared his love for the press, it should not be socializing with him at a dinner.

The political media are not only in the reporting business; they are in the judgment business. You would never allow a judge to preside at the trial of someone with whom he or she has socialized. It would be a breach of ethics. And yet we always allow the media in their columns and articles and broadcasts to preside at the trials of the individuals with whom they socialize in plain sight, and no one seems to think twice about it. There should be a journalistic form of recusal.

Of course, this would be difficult to impose, not only because the press could be the only ones to enforce it (and they won’t) but also because the press and politicians socialize all the time — at fundraisers, cultural events, cocktail parties, even functions at their children’s schools. The media might protest that this is part of the job. Contacts, they say, lead to sources and information. One reporter made this claim for the correspondents’ dinner. The media are working there, he said, which is less than convincing.

In another form of press/politician coziness, a president will occasionally invite selected members of the press to the White House for off-the-record, tête-à-têtes. Obama did this, as have other chief executives. Reporters can claim it’s a way into the president’s head, which it may very well be. But it is also a way for the president to manipulate the press, and because it’s off-the-record, we the public won’t know.

Really, if you want to socialize with the president, recuse yourself from writing about him. Let me go even further. There should be a website where reporters list anything that might possibly be seen as compromising their work: investments, speaking engagements and other sources of outside funds certainly, but also social events, family ties and friendships. We could call it “Caesar’s Wife.”

Back in the ’60s, it would have been helpful, I think, for the public to have known that columnist Charles Bartlett and Washington Post editor Ben Bradlee were friends of President Kennedy. It would have allowed readers to better evaluate their work. Today, it might be useful for the public to know that NBC’s Andrea Mitchell is married to former Fed chairman Alan Greenspan.

I am not saying or even hinting that these things undermine journalistic integrity, only that the public should have a right to know and to make a decision.

There is, however, a greater threat, I believe, to journalistic integrity than socializing. It is celebrity. As pundits and reporters have become more and more visible, the gap between them and politicians has become smaller and smaller.

I used to marvel, not altogether approvingly, at the seeming bonhomie between conservative William F. Buckley and liberal John Kenneth Galbraith. It demonstrated, I thought, that class was thicker than water. Similarly, I am pretty certain that celebrity is thicker than the public weal, which is to say that the commonality of interest between journalistic and political celebrities is a large one; larger, I’m afraid, than mutual interest between either and the public.

However you gloss it, the White House Correspondents’ Dinner is a celebrity affair where Hollywood stars, politicians and the press all dissolve into one another and where the permeable boundaries between reporter and subject are on full display. It is time for that display to end. I have talked of recusal. The dinner reminds us that there should be a restraining order as well that keeps journalists away from politicians. They should think of themselves not as pals of the powerful but as public servants scrutinizing the powerful, and not as celebrities themselves but as honest tribunes working to sustain democracy.

That shouldn’t be too much to ask, although I guarantee you: Politicians hope it is.