Rex Tillerson, State Department, have been sidelined by President Trump 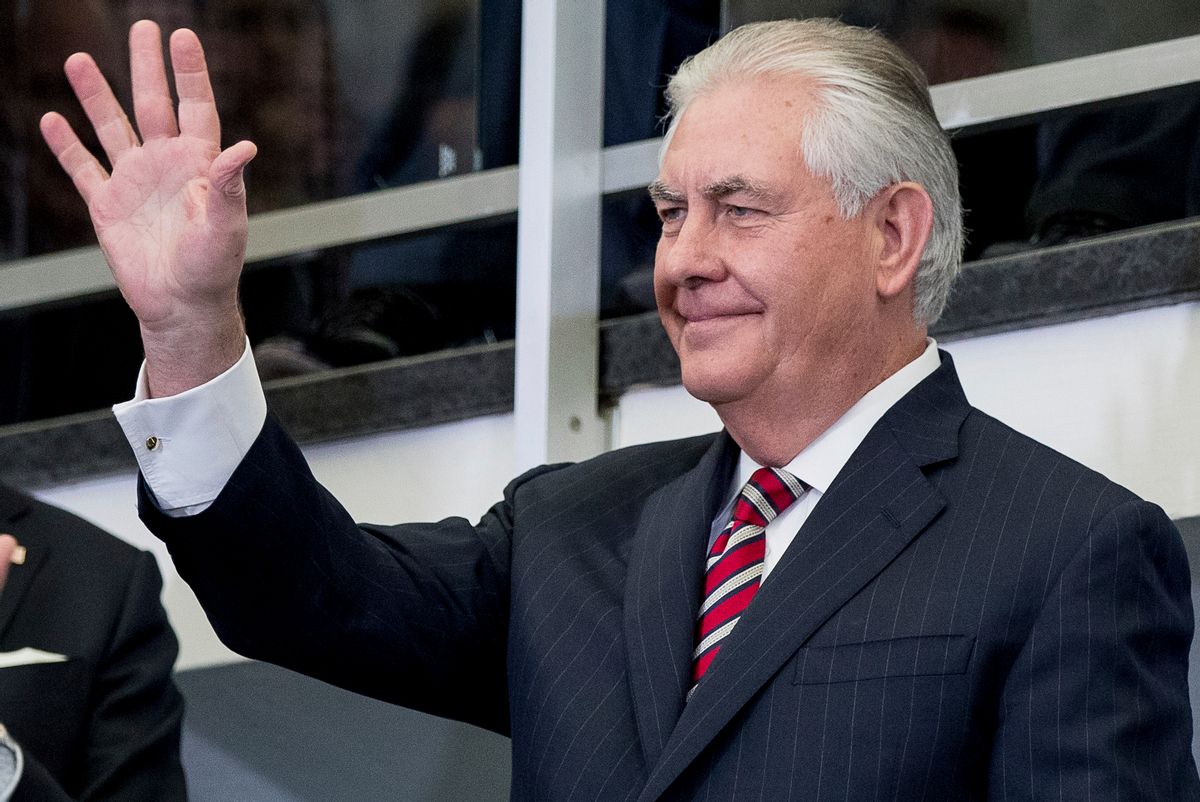 President Donald Trump's new secretary of state, Rex Tillerson, doesn't seem to have a lot of pull in the White House.

Despite a contentious nomination hearing in which Tillerson was confirmed by a party-line vote, Tillerson's influence is so minimal that senior state department officials need to ask foreign diplomats about President Trump's impending foreign policy decisions, according to a report by The Guardian. Tillerson has also avoided press questions, such as during his meeting with Russian foreign minister Sergei Lavrov. While this could simply be a residual habit from years running a secret multibillion dollar corporation, it could also be the result of Tillerson simply not being knowledgable about the Trump administration's foreign policy plans.

Tillerson wasn't consulted about Trump's controversial Muslim travel ban and no one at the state department was consulted during the dinner when the president approved his disastrous raid in Yemen. Even more telling, Trump rejected Tillerson's choice for deputy secretary of state, Elliott Abrams, very suddenly and without consulting Tillerson first. The State Department has also issued sweeping layoffs, indicating that the foreign policy-making apparatus is going to be concentrated around Trump's inner circle rather than through various expert channels.

Perhaps most humbling for Tillerson was his experience during his first international trip as secretary of state. Because all of the hotels in the German city of Bonn had been booked before he could confirm his attendance at the Group of 20 meeting, Tillerson was forced to rent lodgings at a sanitarium roughly half an hour away from the other guests. This was widely viewed as symptomatic of the general disorganization and lack of policy focus within the Trump-Tillerson state department.