Who better to conduct Trump's review of the intelligence community than a totally unqualified billionaire donor? 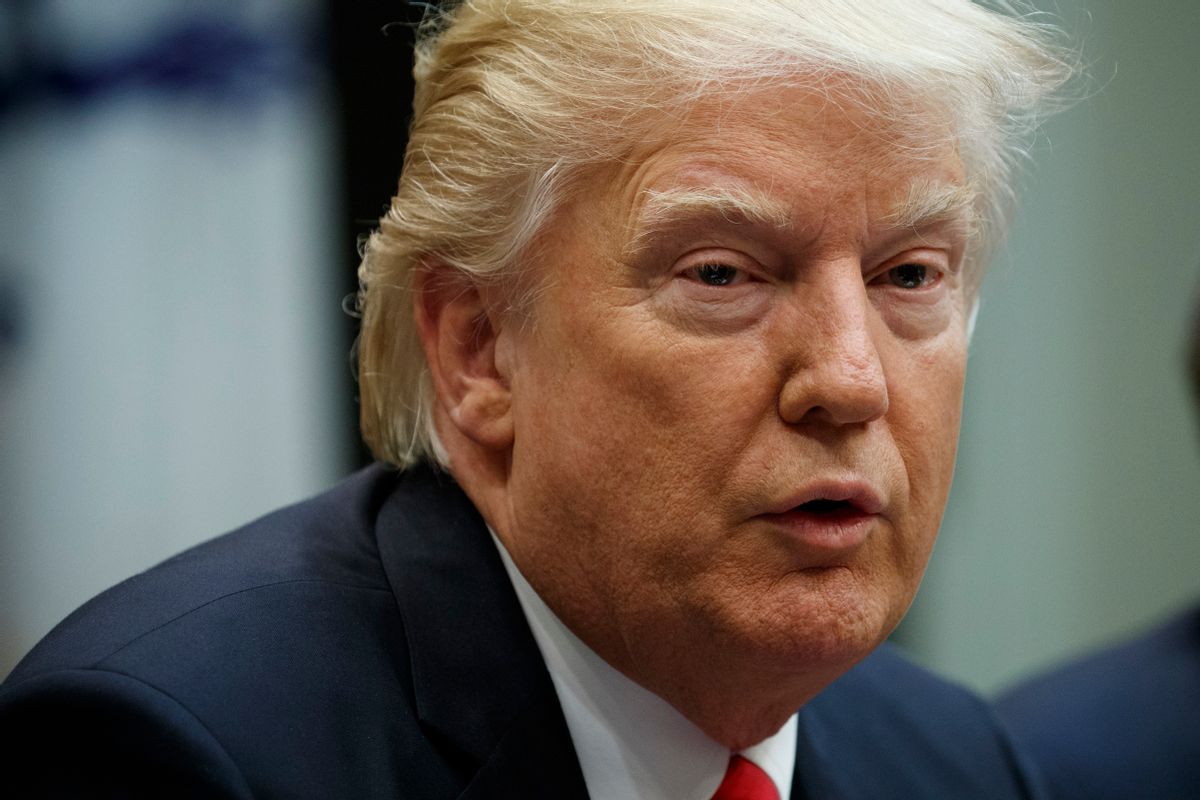 Earlier this week, The New York Times reported that hedge fund tycoon Stephen Feinberg was under consideration for a national security position within the Trump administration. Specifically, the billionaire co-founder of Cerberus Capital Management was in line to “lead a broad review of American intelligence agencies,” which potentially could set him up for a high-level intelligence position later on.

NBC News reported on Thursday that Feinberg had, in fact, been asked by President Donald Trump to take on this role, and that Feinberg “still needs to be cleared by the Office of Government Ethics,” given that he has a stake in companies that do business with the government.

The Trump administration is already lousy with billionaires and Wall Street tycoons, so it might as well toss one more onto the pile. Feinberg’s case is noteworthy, however, in that he doesn’t appear to have any real experience or qualification for the important national security position for which he’s being appointed.

There have been reports of a planned overhaul of the intelligence community circulating for a while. The Wall Street Journal reported in early January that Trump wanted to “revamp” the intelligence agencies because they had become too “bloated” and “politicized.” Our various intelligence agencies have a string of high-profile failures and cover-ups in their recent history, and the people who run the show have grown accustomed to operating without any sort of real scrutiny or accountability even when there have been gross acts of misconduct. So it’s not the worst idea in the world to pop the hood and see how things are running in the deepest waters of the "deep state."

The problem here, of course, is President Trump. He doesn’t care about a properly restrained and efficient intelligence apparatus: If he did, he wouldn’t be so eager to resurrect torture and CIA black sites. Rather, Trump wants to bend the intelligence community to his will. This announcement comes as the president himself is mounting a one-man assault on unknown actors within the intelligence community who he claims are leaking classified information in order to feed the media “fake news” about his connections to Russia.

If Trump were serious about effectively restructuring the intelligence agencies, he would have selected someone with at least a modicum of experience in intelligence, national security and government bureaucracy to conduct this review. Instead he picked a private equity billionaire.

Feinberg is a crony. He’s in line for this job for no reason beyond his wealth and connections to Trump. Feinberg is also a major Trump donor: In the final months of the 2016 election, he kicked in nearly $1.5 million to Rebuilding America Now, a pro-Trump super PAC. As the Times reported, the only national security experience that Feinberg can boast of is his firm’s ownership of a private security company and a couple of gunmakers. (He was also in the ROTC in college and received firearms instruction from Blackwater, if you want to pad out that insanely thin résumé a little more.)

This sort of cronyism is poisonous and could have serious consequences. Presidents from both parties find jobs for friends and donors — ambassadorships to Ireland or positions on advisory councils, that sort of thing. Trump is populating his administration with donors and cronies, and he’s putting them in positions of real power and consequence. As the Feinberg case demonstrates, he has no problem treating national security positions as perks for patronage.

Those jobs, given their life-and-death importance have usually gone to people who know what they’re doing. Feinberg’s lack of qualifications will make him a target for people within the intelligence community who might resent seeing an investor and Trump donor take on a job that's better suited for people with actual experience in the field. The New York Times noted that former Sen. Dan Coats, Trump’s nominee for director of national intelligence, is “especially angry” over Feinberg’s new role, which “could sideline him before he is even confirmed.”

The president is probably approaching this with the absurdly misguided “run government like a business” mentality, in which it might make sense to bring in a private equity guy to rebuild the intelligence community. If the CIA’s primary mission were to turn a profit — rather than to collect, manage and interpret a vast range of complicated information important to national security — Trump might be on to something.