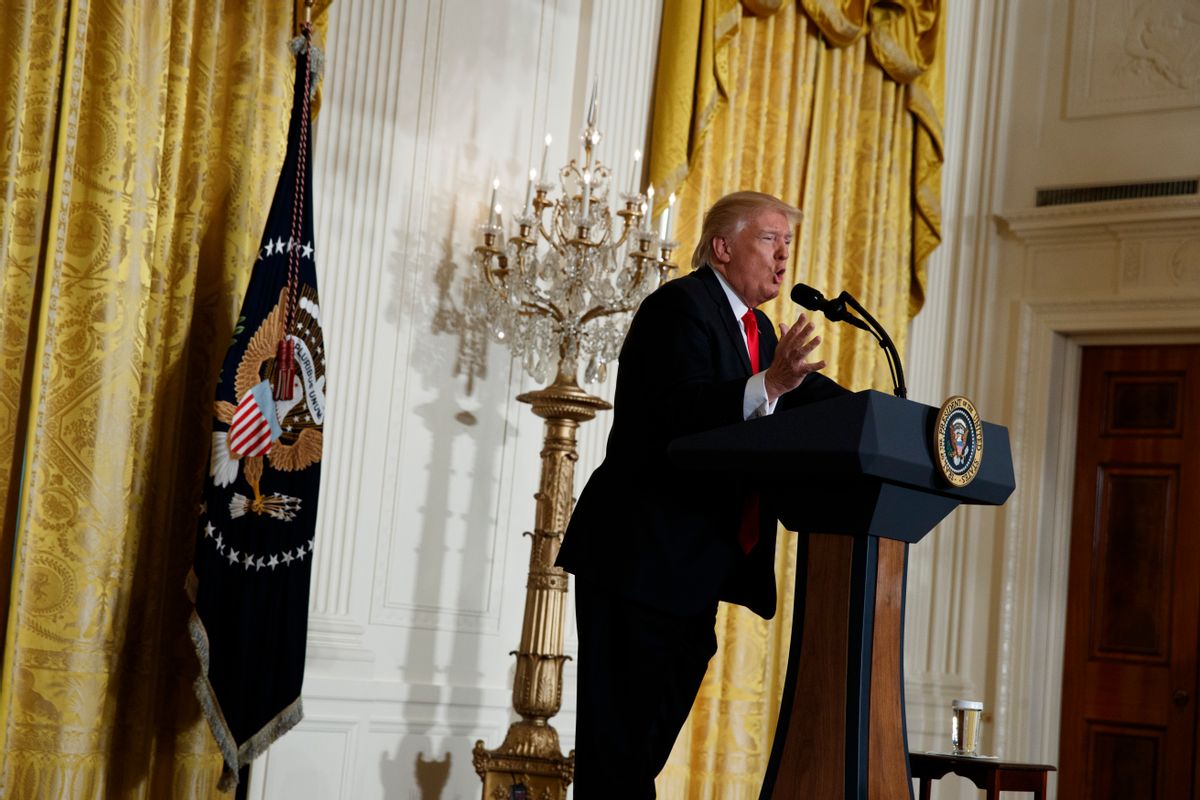 On Thursday morning, as President Donald Trump planned an impromptu press conference for later that day, a number of White House staffers were being dismissed for failing background checks.

At least one person who has been identified as failing the FBI's review was Caroline Wiles, the daughter of Trump's Florida campaign director, who had been appointed to serve as Trump's director of scheduling, according to a report by Politico. Although other individuals who failed the background check have not been named, the report indicates that there was more than one person. The FBI's review includes a look at, among other things, applicants' credit scores and substance abuse history.

While Wiles is expected to get another job in the Treasury department, it remains to be seen whether Trump's other former White House staffers will be so lucky.

In related news, some White House staffers were "walked out of the building by security" when they failed to pass a national security clearance review called the SF86.

Trump's problems with vetting his own administration have spanned beyond his White House staff. In January the confirmation hearings for four of his cabinet nominees — including Betsy DeVos, his pick for education secretary; Andrew Puzder, his pick for labor secretary; Wilbur Ross, his pick for commerce secretary; and Mike Pompeo, his pick to lead the Central Intelligence Agency — had to be pushed back because they had not yet been thoroughly vetted. Puzder later had to withdraw his nomination amidst to revelations that he hired an undocumented immigrant and accusations that he had assaulted his ex-wife.