"We elected a mess": President Trump’s press conference is the top topic of late-night comedy 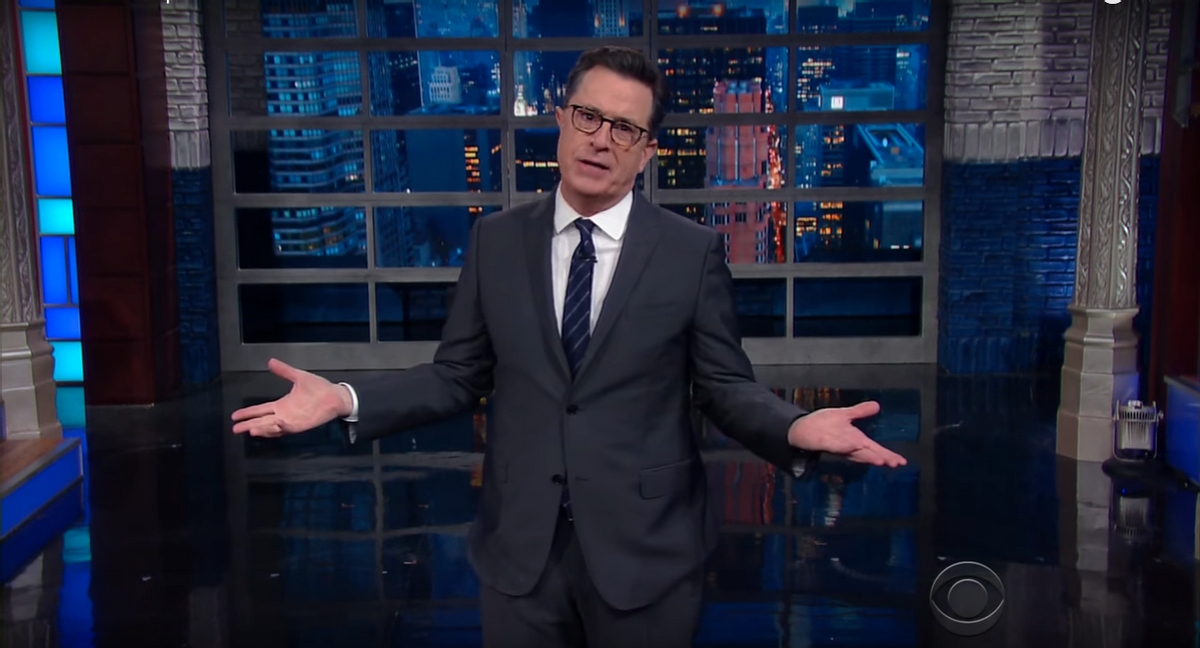 "The Late Show with Stephen Colbert" typically tapes at about 3 p.m., but somehow the writing team was able to come up with a few blistering jokes about President Donald Trump's marathon press conference, which was supposed to start at noon, yet ended up going beyond 2 p.m.

"I am glad you can be here on this historic evening because Donald Trump held his first solo press conference as president," Colbert said. "This was just him, by himself. Evidently he didn't even bring meds with him."

Colbert found it particularly disturbing that Trump independently came up with the idea to hold the press conference.

"So he held, they say, his press aides say, I got this right, that this was totally his idea. He came up and said, 'We're holding a press conference.' And I totally believe no one else thought this was good idea for him to do."

"He started off by defending the rough start his administration has had by immediately attacking America's true enemy: anybody but him," he added.

The show cut to a clip of Trump saying that he "inherited a mess" when he took over the Oval Office. Colbert corrected him.

"No. You inherited a fortune; we elected a mess," Colbert replied.

All the other-late night shows ridiculed the president over his meltdown. Jimmy Kimmel summarized it for his audience, saying, "You know it's a bad press conference when assuming all black people know each other wasn't even the worst part of it."

"The Tonight Show" host Jimmy Fallon made it sound like America was watching a cartoon. "Trump also discussed the recent bombshell that his staff was communicating with Russia and he said he hasn't made a phone call with Russia in years. You can tell he was lying because his tie grew 3 inches," he said.

After the press conference yesterday, the president was likely convinced he showed up the media. But only a few hours later, he became a punching bag for all of late night.