Robert Reich: We need answers to these 6 questions about Michael Flynn 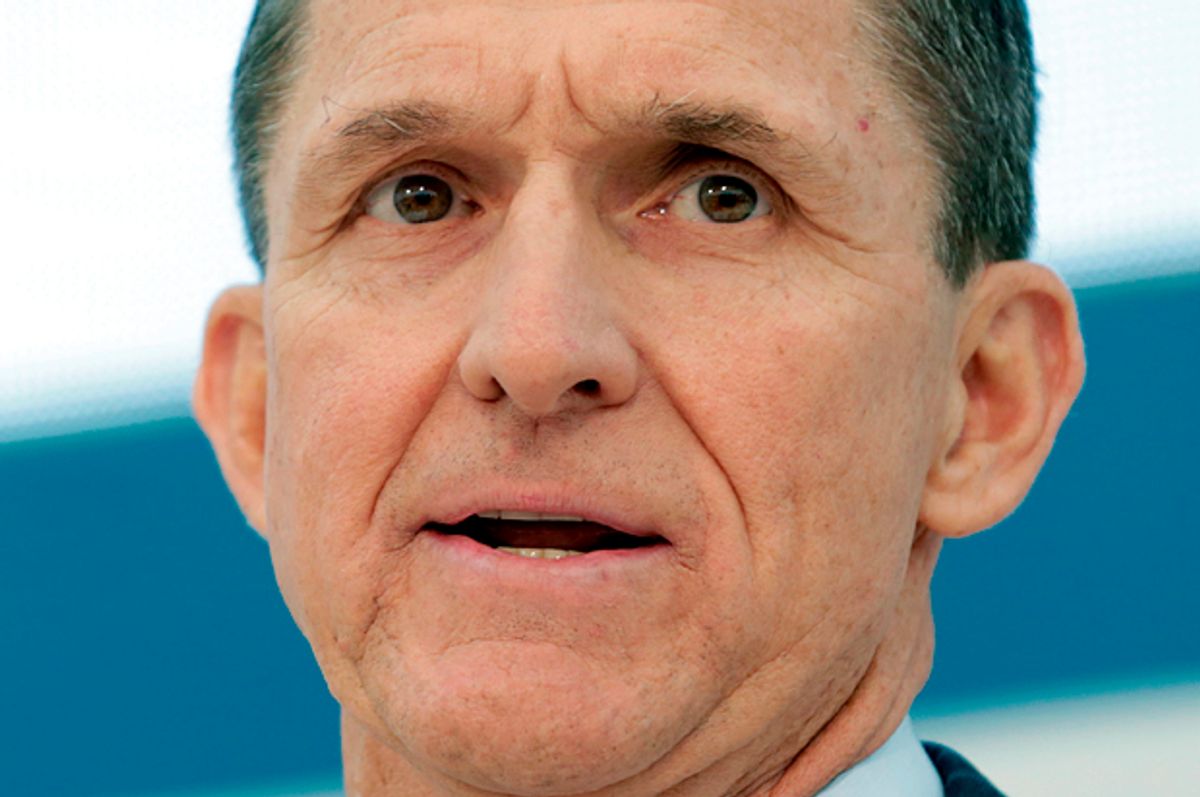 The American public deserves to know the answers to at least the first five of these questions about Michael Flynn, and will then make a judgment on the sixth.

2. What, if anything, did Trump authorize Michael Flynn to tell the Russians before the inauguration?

3. What other contacts did Flynn and other Trump aides have with Russia before the election?

U.S. intelligence reports show that Flynn was in touch with Russian ambassador Kislyak during the 2016 campaign, and that communications between the two continued after Nov. 8. The Russian ambassador has even confirmed having contacts with Flynn before and after the election, though he declined to say what was discussed.

4. Did Flynn or other Trump aides know of or cooperate with Russia in interfering in the 2016 election on Trump’s behalf?

5. If so, did Trump know about or encourage such cooperation?

These questions won’t go away. The FBI and the Senate Intelligence Community are investigating. Hopefully, investigative reporters are also on the case. Eventually, the truth will come out. As Richard Nixon learned, coverups in Washington just make things worse.

Which leads inevitably to the last question:

6. If Trump knew or encouraged this, will he be impeached?