Ayahuasca, meditation and activism: On cultivating the mindful politics of love

How I learned to embrace compassion not just for the powerless, but for Donald Trump and Paul Ryan as well 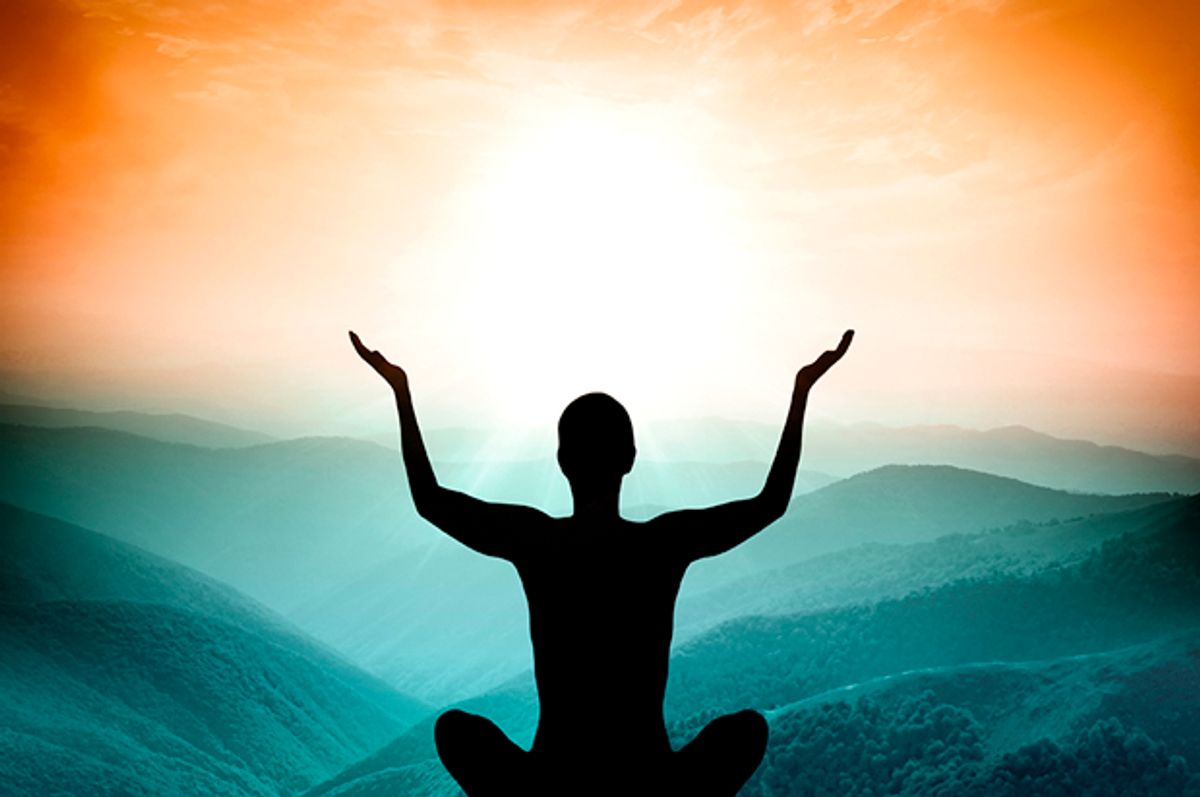 My shaman blows smoke in my face.

In Spanish, he tells me to think with my heart, not my mind. Moments later our thatch hut collapses like a technicolor circus tent. The girl behind me pukes. The girl beside me cries tears of joy.

In this moment, I see my life laid out like a high-tech, panoramic Facebook program. I see my own icon in the center of the screen. Connected to my icon are small pipes filled with pulsating energy the color of sangria. Each pipe is connected to a person I know: my girlfriend, my mother, my brother, my girlfriend’s grandparents and my father.

A voice, which I recognize as the voice of the dead philosopher Alan Watts, tells me to “put myself into other people.” The shaman’s whistle grows louder and the colors become more vivid. I think about helping everyone in my life. The pipes swell and I see energy from my picture push into the pictures of other people. The field of focus shifts from my icon to theirs. Then it expands outward to people I have never met. Trees in woods I have never been to. I feel an overwhelming sense of warmth push down on me. My body collapses onto the wood floor. The deepest feeling of love that I have ever experienced in my life presses me through the ground.

Two years later I sit on a cushion in a Kansas community center. The Buddhist senior teacher, though she refers to herself as a senior student, tells me that my mind is like a judgmental monkey, constantly grabbing branches and tossing them aside. She says that it is the mind’s nature to be anxious and dissatisfied. “Don’t try to change it,” she says. “Just notice it and return to the breath.”

Like so many others before me, I experienced a state of unconditional love under the influence of entheogenic plants. Yet, there was a comedown. After weeks of bliss and a feeling of deep interconnectedness with everyone and everything, my neurotic mind reared back into first gear. The usual criticisms of other people and myself, anxiety about the future, and a lingering feeling of discontent reemerged. So, I looked toward all the travelers before me — Ram Dass, Jack Kornfield, Larry Brilliant — who found a way to access the peace, equanimity and compassion characteristic of a psychedelic experience without the plants.

All signs pointed toward meditation.

I would be a liar if I said my monkey mind has disappeared after my S.N. Goenka retreat, a retreat at the Garrison Institute, and two years of meditation without missing a day. But my mind is a lot quieter. I am less judgmental of people and myself. And I know more deeply what it means to think with my heart, rather than my mind. Ayahuasca showed me a plane of consciousness that the Buddhas, Christs and other sages of the world knew how to access in the absence of entheogenic plants. This plane is not a plane of hallucinatory visions, which for me have always been the ornamental frills of a psychedelic experience. It is a plane of unconditional love, and freedom from anger and fear. Meditation gave me a sustainable way to get back here without having to buy a plane ticket to South America.

My evolution of consciousness transformed my relationship with myself and my relationships with other people. It also changed the way I relate to activism. My political formation as a teenager came through the punk and alternative rock scenes. As I listened to bands like Rage Against the Machine and System of a Down scream, “Fuck you, I won’t do what you tell me!” and “The fire in the master’s house is set!” on Carson Daly’s top-10 countdown, I was inspired to challenge the politicians, Wall Street bankers and corporate CEOs who seemed intent on dispossessing the poor, destroying the planet and turning everything into a source of private profit, like capitalist vampires trained in alchemy. One of my first Rage Against the Machine t-shirts had the lyrics “Your anger is a gift!” printed across the chest.

But a politics of anger is not sustainable, unless you are interested in having a heart attack before you turn 40. If you listen to talks by enduring political voices like Noam Chomsky, they very rarely get aggravated. When I went to Chomsky’s lecture in Boston a few months ago, titled “Extinction or Internationalism,” he was quite cool when he discussed the prospects of nuclear annihilation and environmental catastrophe. He even joked around. Howard Zinn was the same way. While to my knowledge they never dropped LSD or engaged in a 10-day meditation retreat, they embody the temperament that psychedelics and meditation can cultivate in people.

Through my experiences, I have become a much calmer and more empathetic person, and that calm has affected my approach to political activism. But that doesn't mean I'm less engaged — I've become more politically active as a result.

Today, I see the violence that permeates homes, politics and the world as a consequence of the suffering experienced by individuals. This relationship to ill will led me to prisons where I teach meditation, mindfulness and nonviolent communication to people whose inner turmoil caused them to create turmoil in their communities.

My experiences abroad and at home also led me to have a much more compassionate view of the people I once felt anger toward — like those CEOs, financiers, politicians and people who don't vote the same way I do.

At a time like this, it is especially important that words like empathy, compassion, understanding, composure and equanimity play a part in our political vernacular. When I see President Donald Trump or Sen. Paul Ryan speak about deregulating the oil industry or destroying public programs for the poor, I see two individuals who are suffering. I see men like my younger self, filled with anger and fear, who were never able to let it go, and who now exercise that anger and fear on a global scale. I cannot imagine what it is like to live with as much hate inside me as is inside Donald Trump. But, through empathy, I can act against him without hating him. This allows me to have compassion not just for the powerless, but also the powerful. It also allows me to stay free of the anger and fear that brought me to the jungle. In this tension between action against and empathy for, the seeds of a politics of love and radical social change can grow.

Adam Szetela is a writer, teacher, and editor who has written for The Progressive, The Nation, The Chronicle of Higher Education, The Los Angeles Review of Books, Inside Higher Ed, Rattle, Jacobin, Vice, and elsewhere. His website is Adam-Szetela.com.