The discussion around Donald Trump's son is irresponsible and offensive. It's the president who should be our focus 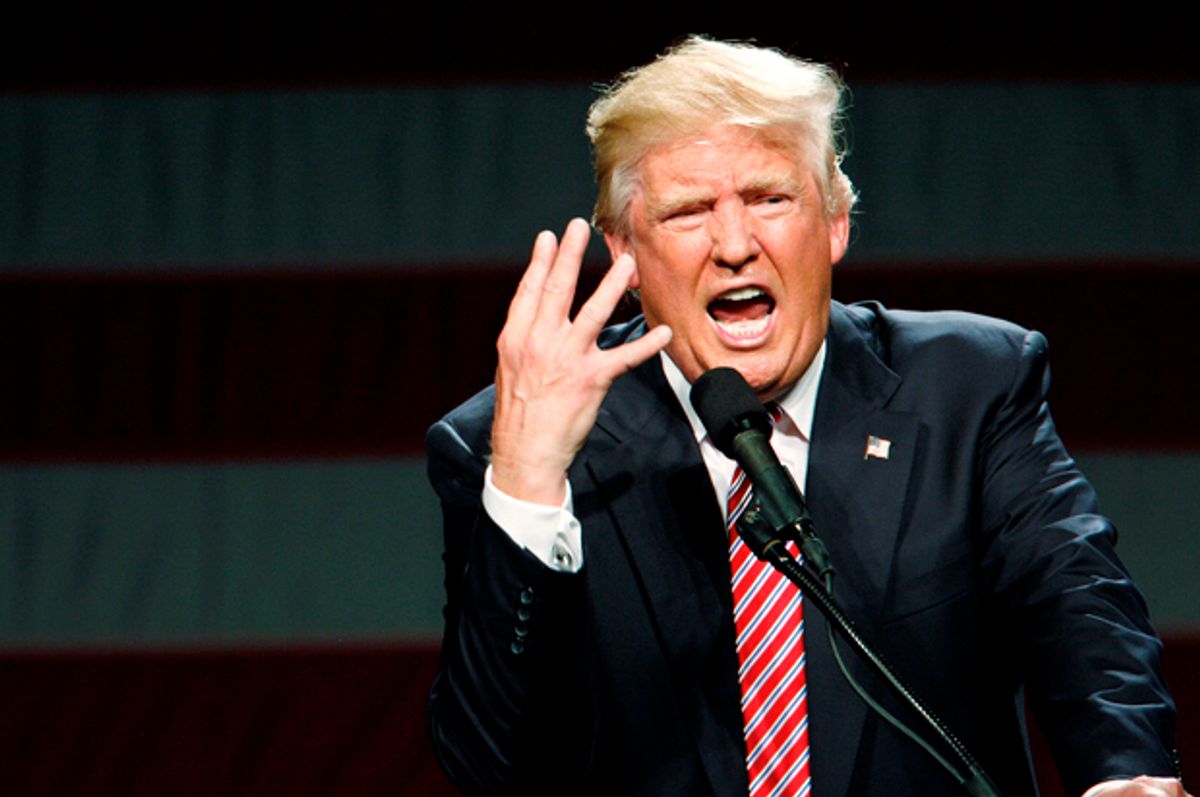 Is it appropriate for the autistic community to discuss Barron Trump?

This question ties into deeper issues of how autism should be discussed in respectable public debate. When autism pops up in the news, it is often because people approach the topic in a highly irresponsible or even downright dishonest manner. This is why we see Robert De Niro joining forces with Robert F. Kennedy Jr. to claim that mercury in vaccines may cause autism (it doesn't) or why President Trump could ask a Virginia special education principal about rising autism rates by saying, "When you look at the tremendous increase, it’s really such an incredible — it’s really a horrible thing to watch, the tremendous amount of increase."

The thing of it is, though, that autism isn't always debilitating. In fact, it isn't even always a disability. And it without question has nothing to do with vaccines. If there is one thing I've learned from not only being autistic but talking to countless other individuals on the spectrum, it is that very often the hardships associated with this condition stem from the intolerance and cruelty we experience from others — not from our actual neurological atypicality.

Which brings us to the case of Barron Trump, the 10-year-old son of President Donald Trump, who was called out for being autistic (no one knows if he actually is) by a writer for "Saturday Night Live" several weeks ago. The writer was suspended, Trump went on air to call the claim a "disgrace," and the nation seems to have moved on.

But for autistic people and those who advocate for us, the underlying questions raised by this incident still remain.

"Poorly informed speculation about whether Barron isn't neurotypical isn't going to destigmatize autism," said Kayla Schierbecker, a transgender autistic woman and college undergraduate. "I don't know what we gain from tearing apart a few cherry-picked examples of typical 10-year-old behavior. When Barron runs for public office the media can reconsider whether the autism question is worth re-opening, but not right now — he hasn't even graduated fifth grade."

John Donvan, who co-authored "In a Different Key: The Story of Autism" with Caren Zucker, echoed Schierbecker's point.

"It's wrong in so many ways," Donvan said. "He's a minor, whose privacy demands respect, regardless of his parent's fame. Moreover, speculation about a sophisticated diagnosis is unsound, not to mention tacky."

Sharon daVanport, founder and Executive Director of Autism Women's Network, offered some specific examples of how the commentary about Barron Trump "crosses a line on numerous levels."

"I've seen commentaries dissecting Barron's body language and speech, with speculations as to why he is presenting a certain way, and it's indefensibly wrong," daVanport said. "More often than not, these conjectures cross over into bullying as they're coupled with disparaging criticisms about Barron. It's important for us to say something when we hear these kinds of conversations happening."

This view was shared by Morénike Giwa Onaiwu, a board member of the Autistic Self-Advocacy Network and Autism Women's Network and an autistic woman of color (who is speaking on her own behalf). "It appears that many of those who are making assumptions about whether or not Barron is autistic are doing so in a stigmatizing manner — as if they are 'outing' him of some secret shame," Onaiwu explained. "As an autistic person, I find this highly offensive. Whether Barron is autistic or not, it's nothing to be ashamed of — but at the same time, diagnosis and self-disclosure are deeply personal — and he's a 10-year-old child already under tremendous scrutiny."

While all of the people I spoke to felt that it wasn't right to drag a 1o-year-old child into the social discussion about autism, some were quite willing to put his father in the proverbial hot seat.

"Barron Trump deserves his privacy; he isn't the Tweeter-in-Chief," said David Matthews, the subject of the romantic documentary "Aspie Seeks Love" (which I reviewed in 2015 with Liskula Cohen). "The media should instead report on the suffering that would most likely result if his father slashed Social Security and other programs that help those on the autism spectrum. Muckrake on a Trump family member only when he or she has any influence."

Matthews says that if the media continues to "punch down" at a child, it could only put more strain on the public's trust of the press, "permitting Trump to get away with eviscerating the First Amendment with little if any public protest."

"If Barron is indeed autistic, he’ll have the best specialists, education, and health care that money can buy," Sokolow said. "Meanwhile, Trump threatens to deprive ordinary Americans, both on and off the spectrum, of access to basic health care and education. I especially worry about low-income families with autistic children, who are doubly vulnerable."

As the Autistic Self Advocacy Network explained to me, "Aside from his noted and unscientific anti-vaccination stance, President Trump really doesn’t have any autism-specific policies. What he does have are policies aimed more broadly that are profoundly alarming to all autistic individuals in this country."

Perhaps this, then, is the bottom line when it comes to Barron Trump. Even if it turns out that the president's son is on the autism spectrum, it is inappropriate to drag a 1o-year-old child into the national debate on these issues. Considering that there is no concrete evidence proving that he is on the spectrum, however, it is also socially irresponsible to do so.
At the same time, we do need to have a national conversation about Donald Trump and the impact his policies will have on the autistic community. Not only does the president subscribe to pernicious and debunked conspiracy theories about vaccines causing autism, but he advocates policies on health care reform and education that will have a severely detrimental impact on autistic individuals.
A conversation about autism, and Trump's policies toward autism, very much needs to happen. It must not, however, go for low-hanging fruit or subject innocent children to vicious scrutiny. For the debate to be respectable, it must be responsible.