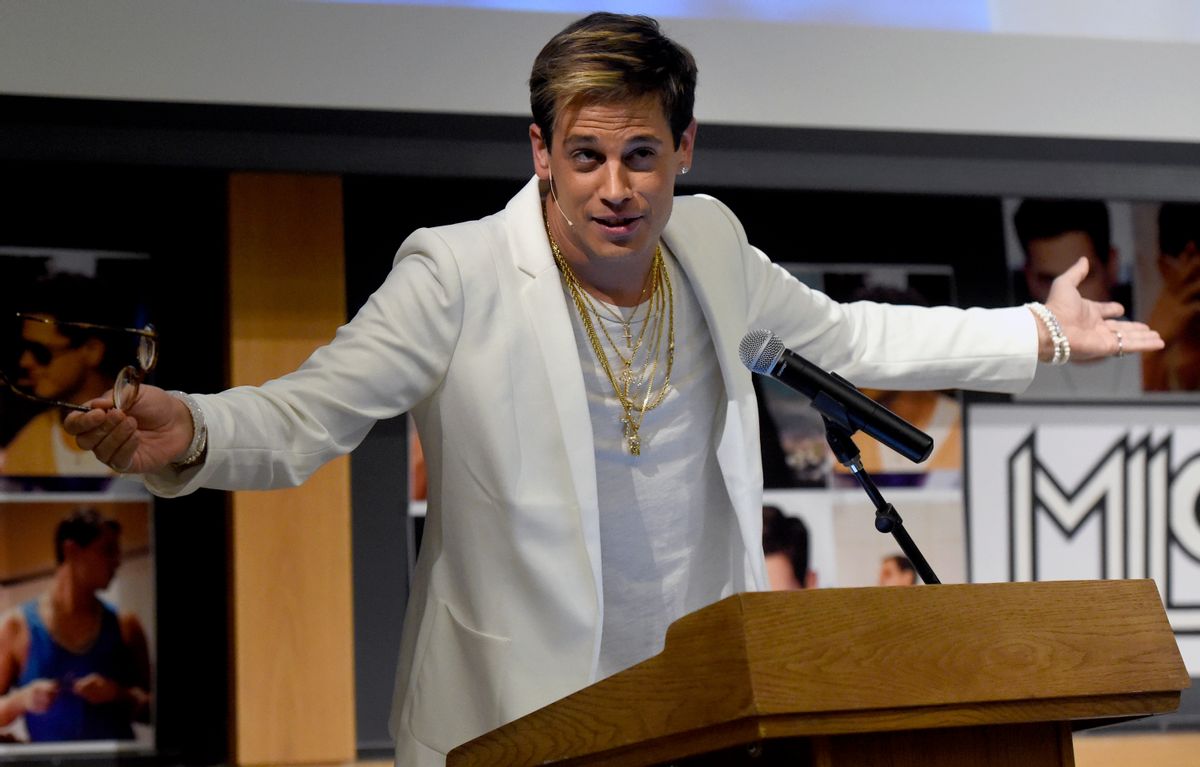 Breitbart editor Milo Yiannopoulos has encouraged harassment of a transgendered student, egged on the misogynistic Gamergate movement, flirted with the alt right movement, and been banned from Twitter for bullying Leslie Jones. Yet despite these controversies, Yiannopoulos seems to have had a banner year, from signing a mammoth book deal to being asked to serve as the keynote speaker for this year's Conservative Political Action Conference.

That all may change, however, after an old Yiannopoulos interview emerged, one in which he seemingly defended sex with minors.

"In the homosexual world particularly, some of those relationships between younger boys and older men the sort of coming of age relationships relationships in which those older men have helped those young boys to discover who they are and give them security and safety and provide them with love and a reliable — and sort of a rock where they can’t speak to their parents," Yiannopoulos said during an interview with The Drunken Peasants.

Another clip posted by The Reagan Battalion showed Yiannopoulos perpetuating Jewish stereotypes. In the clip, he argued to Dave Rubin of The Rubin Report that "it's a statistical fact, Jews own most of the banks, Jews completely dominate the media, vastly disproportionately represented in all of these professions."

In a Facebook post defending himself, Yiannopoulos insisted that he doesn't support pedophilia and views it as "a vile and disgusting crime, perhaps the very worst." He denounces the videos as "selectively edited," even though The Reagan Battalion posted unedited clips. Milo also characterized his statements about "boys" as "sloppy phrasing."

In addition, Yiannopoulos claimed that he outed three pedophiles during his career. He said he repeatedly denounced pedophilia in the past, but stood by his statement that "there are relationships between younger men and older men that can help a young gay man escape from a lack of support or understanding at home."

Yiannopoulos' terminology is technically correct — someone who is sexually attracted to pubescent children (11 to 14) is a hebephile. Someone who is attracted to adolescents is an ephebophile. Nevertheless, it is still illegal in most parts of the Western world for an adult to have sex with a minor, a practice that Yiannopoulos was accused of defending in the clips.