Donald Trump's supporters have trouble understanding why liberals are shunning them 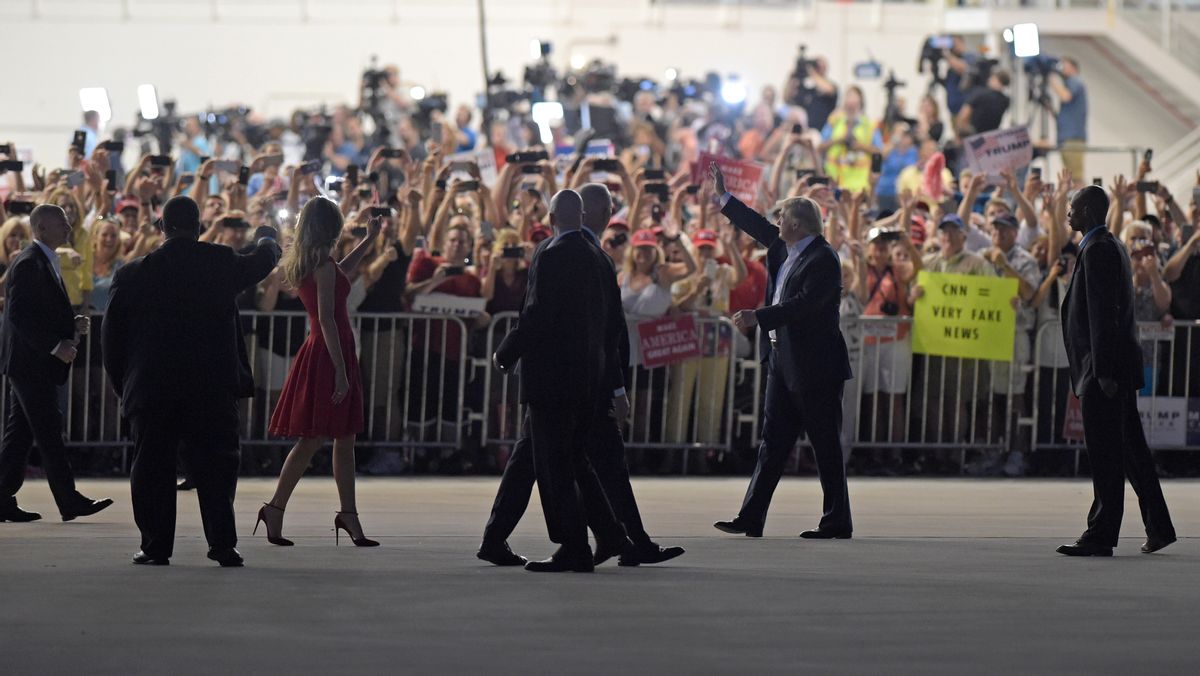 President Donald Trump's approval ratings may have reached historic lows in record time, but even as 40 percent of the country wants him impeached, supporters of Trump seem mystified by the fierceness of the opposition he faces — even as individuals on the fence often admit to feeling turned off by that same hostility.

"They’re stonewalling everything that he’s doing because they’re just being babies about it," Patricia Melani, a 56-year-old New Jersey transplant who attended Trump's campaign rally in Florida on Saturday, told The Washington Post. "All the loudmouths? They need to let it go. Let it go. Shut their mouths and let the man do what he’s got to do. We all shut our mouths when Obama got in the second time around, okay? So that’s what really needs to be done."

She later added, "There’s such hatred for the man. I just don’t get it."

The Post also quoted a 28-year-old car salesman named Tony Lopez, who said "It was hilarious to see him give it to the media. The media’s problem is that they keep wanting to make up stories so that he looks bad. It doesn’t work. He’s talking right through you guys."

The Post also spoke to a 42-year-old Cameroonian immigrant who believed that Trump had saved coal miners' jobs: "If he hadn’t gotten into office, 70,000 miners would have been put out of work. I saw the ceremony where he signed that bill, giving them their jobs back, and he had miners with their hard hats and everything — you could see how happy they were."

Of course, Trump supporters did not have a reputation for being calm during the 2016 campaign. One New York Times article reported rallies that included chants of "Kill her!" "Trump that bitch!" and "Build a wall — kill them all!" In that context, stories about a Trump opponent stating in a Craigslist posting for a roommate that Trump supporters need not apply seem mild by comparison.

At the same time, as The New York Times reported, people who have been on the fence about Trump often say they wind up supporting him due to the attitudes they perceive from liberals.

"We’re backed into a corner," a 46-year-old small business owner told The Times. "There are at least some things about Trump I find to be defensible. But they are saying: ‘Agree with us 100 percent or you are morally bankrupt. You’re an idiot if you support any part of Trump.’"

As he summited up, "I didn’t choose a side. They put me on one."

Bryce Youngquist, a 34-year-old salesman from California, argued that "the name calling from the left is crazy." He also pointed out that liberals "were making me want to support him more with how irrational they were being."

Ann O'Connell, a 72-year-old registered Democrat who abandoned the party over what she felt was an inordinate emphasis on identity politics, complained that "the Democratic Party has changed so much that I don’t even recognize it anymore. These people are destroying our democracy. They are scarier to me than these Islamic terrorists. I feel absolutely disgusted with them and their antics. It strengthens people’s resolve in wanting to support President Trump. It really does."

As the article also pointed out, a Pew Research Center poll found that Trump has a 70 percent approval rating among Republican-leaning moderates.