In November, Trump told club members that "you may wanna come around" while he formed a government 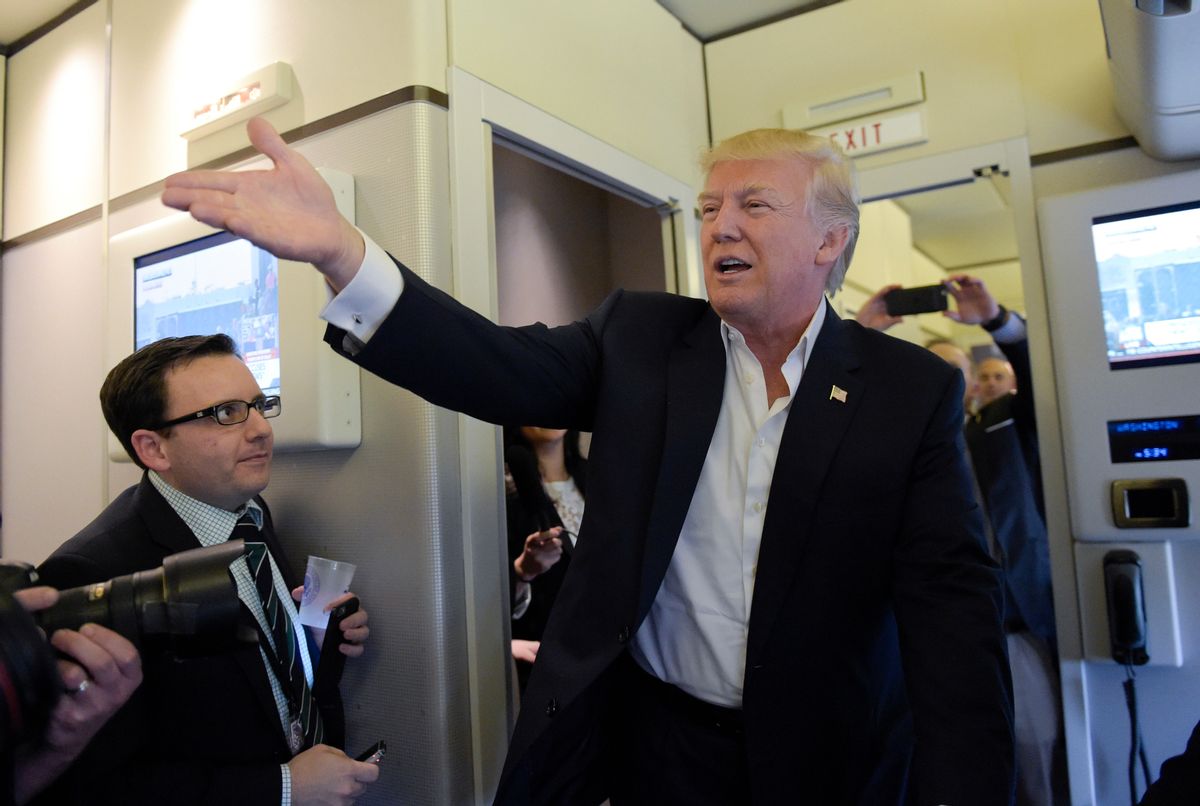 A leaked tape reveals President Trump offered his club members a new feature: Being able to watch him form a government for his new presidency.

"We’re doing a lot of interviews tomorrow — generals, dictators, we have everything," Trump told members of his Bedminister, New Jersey golf club in November, shortly after winning the 2016 presidential election. "You may wanna come around. It’ll be fun. We’re really working tomorrow. We have meetings every 15, 20 minutes with different people that will form our government."

This isn't the first time that Trump's casual attitude toward national security, particularly in his own clubs, has raised eyebrows. When a geopolitical crisis erupted with North Korea during a dinner with Japanese Prime Minister Shinzo Abe at Trump's Mar-a-Lago resort last week, Trump openly consulted with advisers and handled the matter while working from his personal cell phone — even though doing this could have compromised their discussions. During that same weekend, a Mar-a-Lago guest posted a picture to Twitter of himself with the aide-de-camp who carries the so-called nuclear football.

During the 2016 presidential election, Trump often drew attention to Democratic nominee Hillary Clinton's use of a personal email server. One of his main criticisms was that her use of the server jeopardized national security because it wasn't as protected as a government alternative.