"It's going to stop and it has to stop," Trump said, adding that he speaks out "whenever I get the chance" 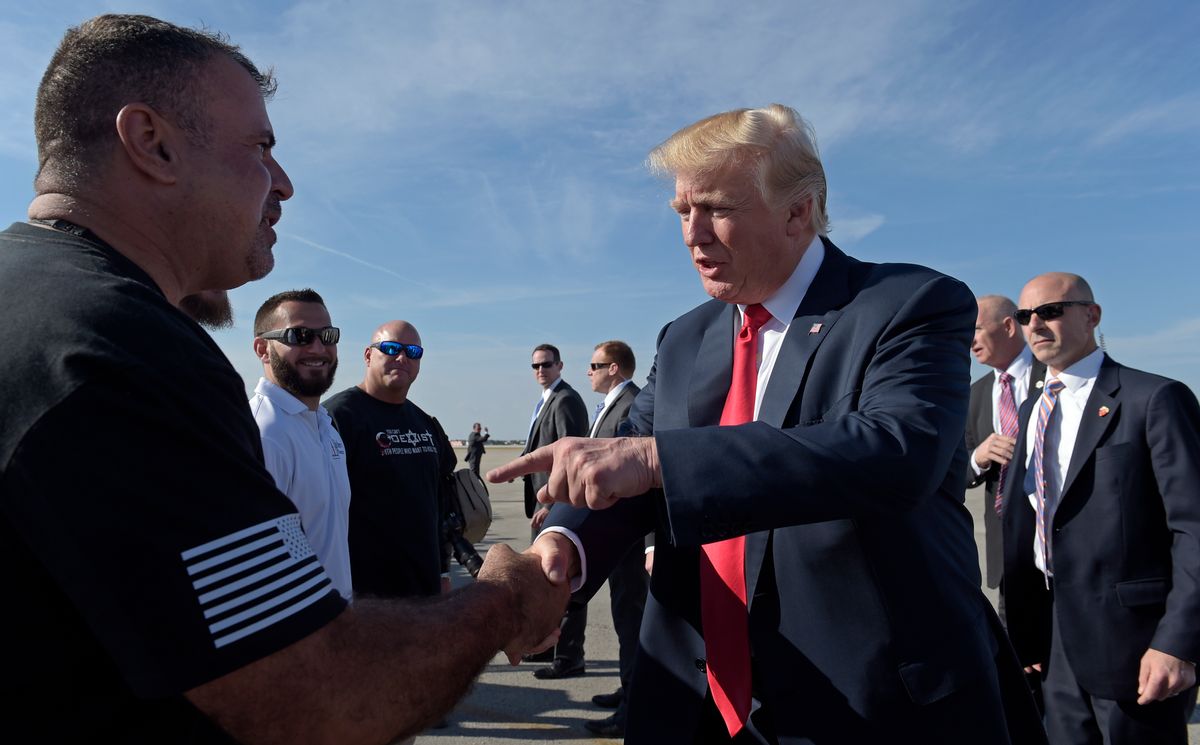 President Donald Trump finally spoke out Tuesday morning against the wave of anti-Semitic hate crimes that has overtaken America in 2017.

In the aftermath of nearly a dozen bomb threats sent to Jewish community centers on Monday, as well as the desecration of a Jewish cemetery in Missouri on Thursday, President Trump told MSNBC that "anti-Semitism is horrible and it's going to stop and it has to stop." He made these remarks while touring the National Museum of African-American History and Culture.

Trump also used the opportunity to claim that he speaks out against anti-Semitism "whenever I get a chance." On Thursday, he referred to himself as "the least anti-Semitic person that you've ever seen in your entire life."

The president has been accused of neglecting to denounce anti-Semitism during his presidency. These include omitting any reference to the specifically Jewish character of the Holocaust during International Holocaust Remembrance Day as well as remaining oddly silent about the string of bomb threats and acts of anti-Semitic vandalism. When his daughter Ivanka Trump tweeted on the subject, she also failed to mention "anti-Semitism" or "Jews."

During a speech at the African-American History Museum Tuesday, Trump described "the anti-Semitic threats targeting our Jewish community" as a "reminder of the work that must still be done." In the same speech, he boasted of his support in South Carolina (the home state of Sen. Tim Scott, who joined Trump), claiming that "I like the state of South Carolina. I like all those states where I won by double, double, double digits."

The Anne Frank Center for Mutual Respect took to its Twitter account, which is run by Executive Director Stephen Goldstein, to condemn Trump's comments as inadequate.

The Anne Frank Center later released a statement elaborating on its position about Trump's remarks.

The President's sudden acknowledgment of Anti-Semitism is a Band-Aid on the cancer of Anti-Semitism that has infected his own administration," the statement says. "His statement today is a pathetic asterisk of condescension after weeks in which he and his staff have committed grotesque acts and omissions reflecting Anti-Semitism, yet day after day have refused to apologize and correct the record. Make no mistake: The Anti-Semitism coming out of this Administration is the worst we have seen from any Administration. The White House repeatedly refused to mention Jews in its Holocaust remembrance, and had the audacity to take offense when the world pointed out the ramifications of Holocaust denial. And it was only yesterday, President's Day, that Jewish Community Centers across the nation received bomb threats, and the President said absolutely nothing. When President Trump responds to Anti-Semitism proactively and in real time, and without pleas and pressure, that's when we'll be able to say this president has turned a corner. This is not that moment.