On her sophomore album, Anna Wise paints a nuanced picture of female empowerment 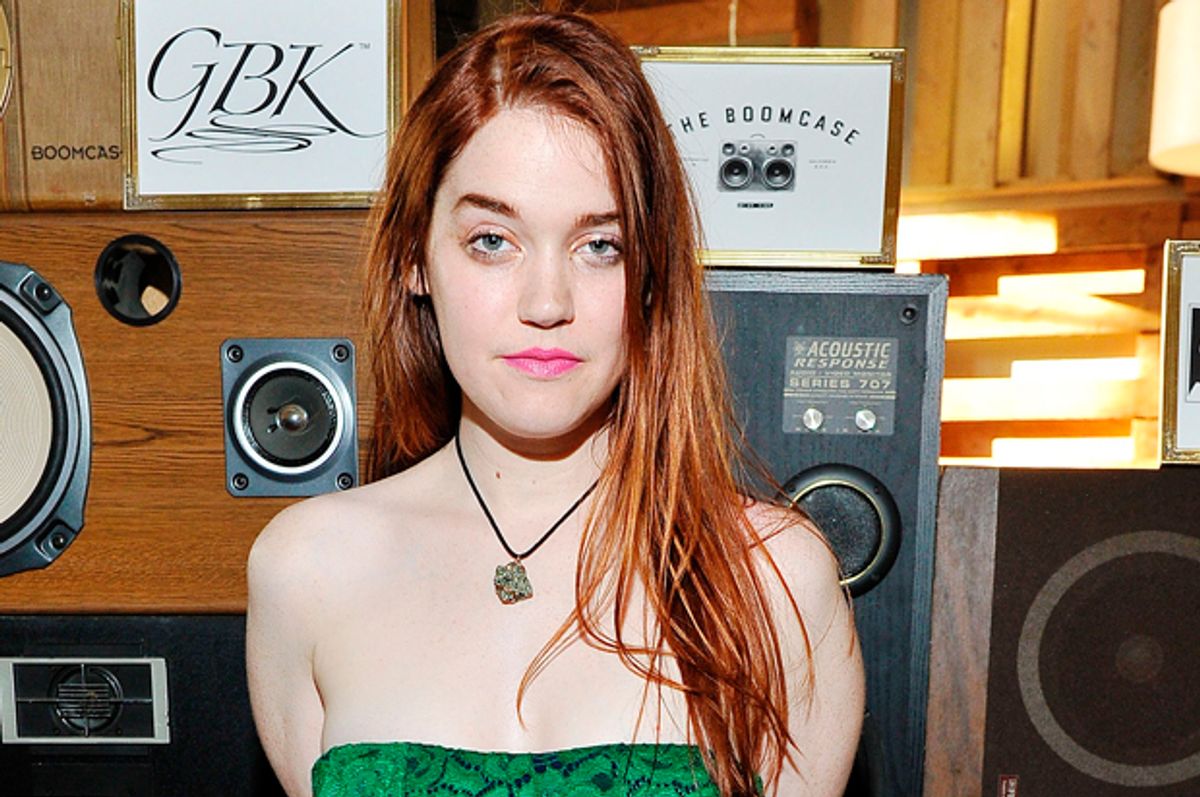 Anna Wise is an artist whose music subtly embraces sonic ironies, like digital earthiness. Her sophomore album, “The Feminine: Act II” (you can guess the title of her debut), opens with the sound of waves that bubble with static. Her voice is soft and pretty, but her words are powerful and sure. (She begins one song, “Boss Bitch,” by saying “I’m not asking for their respect. I am who I am whether they respect me or not.”) And though the album’s production is minimalist, there's hardly a genre she doesn’t borrow from (there are hints of R&B, funk, pop  electronic music and hip-hop) and the sound is often hazy.

Wise began her career singing in an art band called Sonnymoon. But she was introduced to her biggest audience through Kendrick Lamar, who deployed her seductively — almost extraterrestrially so — on each of his last three albums. Fans who thought “To Pimp a Butterfly” excessive might enjoy “The Feminine: Act II.” It’s what you get if you strip out one of “TPAB”’s most potent parts. Or the way Wise put it in an interview with Spin was “Me, Terrace [Martin], Kendrick, Bilal, Thundercat, and Dion [Friley] — it’s like putting six firecrackers in a room. We’re each a different color [of energy]. Kendrick is a firecracker, but he also has the flame, and he’s walking around lighting us all.”

The description is illustrative of the way that Wise’s mind works. She described her previous album, “The Feminine: Act I,” as being “turquoise and mustard.” Her lyrics suggest that she’s a synesthete. On “Balance in All,” she sings, “If you look closer/ smell the sun on your skin.” And her use of synthesizers will confuse any listener’s senses. The static-filled waves on the album’s first track, “Coconuts,” are quickly overtaken by a melody that resembles the sound ultraviolet rays might make on a summer morning at some desert island of the future. (Like “Act I,” “Act II” features a lot of turquoise, but there’s less mustard and more burgundy, I think.)

Though technology is the vessel for and undertaker of nature, it isn’t necessarily a pollutant. The sounds that are clearly machine-made sound as natural as the elemental ones. As “Coconuts” wakens, Wise sings, “Everything is beautiful and ugly at the same time/ It’s all about how you see.” Much of what ensues throughout the album is similar to a landscape captured through a chromatic Instagram filter: Sometimes the landscape is not of this world.

Of course, that particular line (“Everything is beautiful and ugly at the same time/ It’s all about how you see”) is meant to be about Wise. It’s preceded by, “It’s a matter of opinion what you’re thinking of me.” As one might infer from the album’s title, “The Feminine: Act II” is first and foremost about women — with Wise as the main character (there are no features on the album).

Her lyrics empower, in a way that’s especially resonant in the current political moment. “No one tells the woman we come out the fiery flames to come out stronger/ A girl has got to try twice as hard for half as much and still you hate her/ That’s why I’m stacking that paper,” she sings on a song called “Stacking That Paper.”

But on “The Feminine: Act II,” like in the world, a woman’s experience is not just a political one. The lines between the political and the natural aren’t drawn as neatly as a protest and a hike. Rather, empowerment weaves through love, work, nature, technology and existence, just like oppression does. Everything is connected. Everything contains multitudes.