The tax plan is dressed up as a way to make America more competitive, but it just hurts the average American 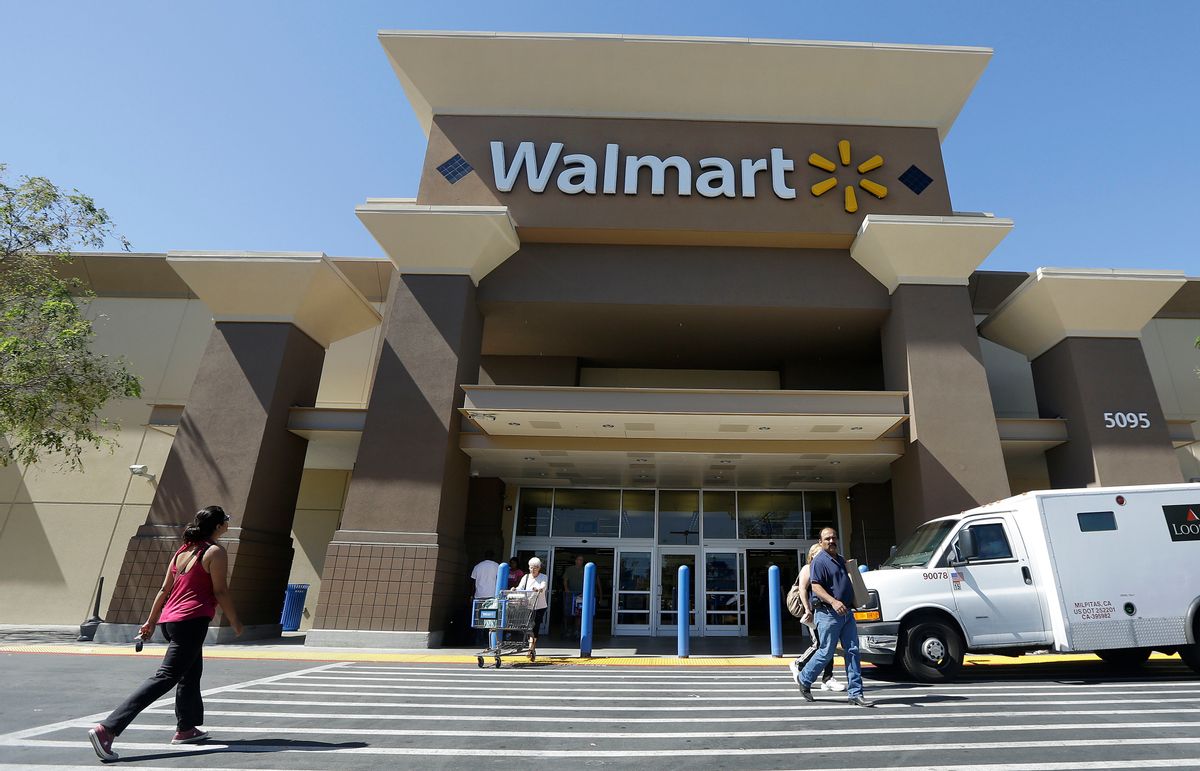 FILE - In this Sept. 19, 2013, file photo, customers walk outside of a Wal-Mart store in San Jose, Calif. From Wal-Mart to General Motors to Amazon, a growing number of the world’s largest companies appear to be trying to get in step with President-elect Donald Trump’s demand that employers hire and keep jobs at home. (AP Photo/Jeff Chiu, File) (AP)
--

Watch your wallets. Republicans are pushing a new corporate tax plan that will end up costing most of you a bundle. Here’s what you should know about the so-called “border adjustment tax."

The United States imports about $2.7 trillion worth of goods each year. Many imports are cheap because labor costs are much lower in places like Southeast Asia.

Our current tax code taxes corporations on their profits. So, for example, when Wal-Mart buys T-shirts from Vietnam for $10 and sells them for $13, Wal-Mart is only taxed on that $3 of profit.

But under the new Republican tax plan, Wal-Mart would be taxed on the full price of imported items, so in this case the full $13 sale price of that T-shirt. As a result of this tax, Wall Street analysts expect retail prices in the United States to rise as much as 15 percent.

The plan would also cut taxes on companies that export from the United States. This is intended to encourage companies to locate production here in America.

But it wouldn’t reverse the tide of automation that’s rapidly eliminating jobs even from American factories.

The worst thing about it the plan is that it’s a hidden upward redistribution.

Its burden will fall mainly on the poor and middle class because they already spend almost all of their incomes, so they’ll feel the greatest pain from higher retail prices.

The benefits will go to companies that export and their shareholders, who will benefit from the tax cuts in the form of higher profits — and higher share prices. Shareholders, who are mostly upper-income people, don’t need this windfall.

Republicans claim that the U.S. dollar would rise in response to higher taxes on imports, effectively wiping out the tax burden. But as a practical matter, no one knows if this will happen.

Bottom line: The tax plan is dressed up as a way to make America more competitive. But underneath it’s just a typical Republican plan that redistributes from the poor and middle class to corporations and the wealthy.