Which panel would you attend at the Conservative Political Action Conference?

2017 CPAC panels range from "When did WWIII begin?" to "If heaven has extreme vetting, why can't America?" 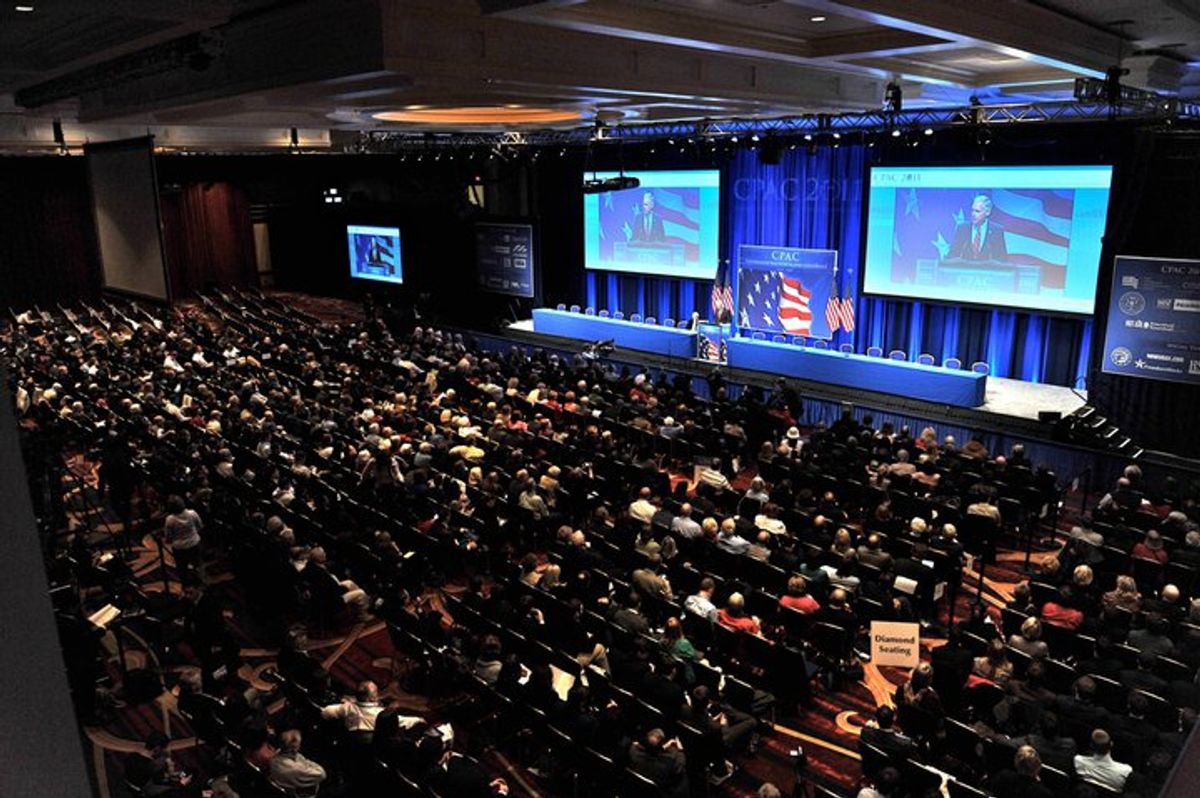 The annual Conservative Political Action Conference (also known as CPAC) is back in Washington this week. The conference is the place where the right wing of America plots its future, Salon previously reported.

This year's CPAC comes with the tagline "reclaiming America's promise" and has a host of panels and special speakers -- including Sen. Ted Cruz. Here are some of CPAC's best panels:

The alt right ain't right at all

How to bring prominent conservative speakers to your campus

When Did WWIII Begin? Part A: Threats at Home

A conversation with Reince Priebus and Steve Bannon

Recovering from the Obama flu: What is the prescription for health care?

Is BDS BS? The left's attack on Israel

Black Lives Matter, so why does the left not support law enforcement?

When did World War III begin? Part B: threats abroad

Brexit and what it means for the world

Hush: abortion's effects on Women the pro-choice lobby doesn't want you to know

Revolt of the deplorables: inside election 2016

If heaven has a gate, a wall,  and extreme vetting, why can't America?