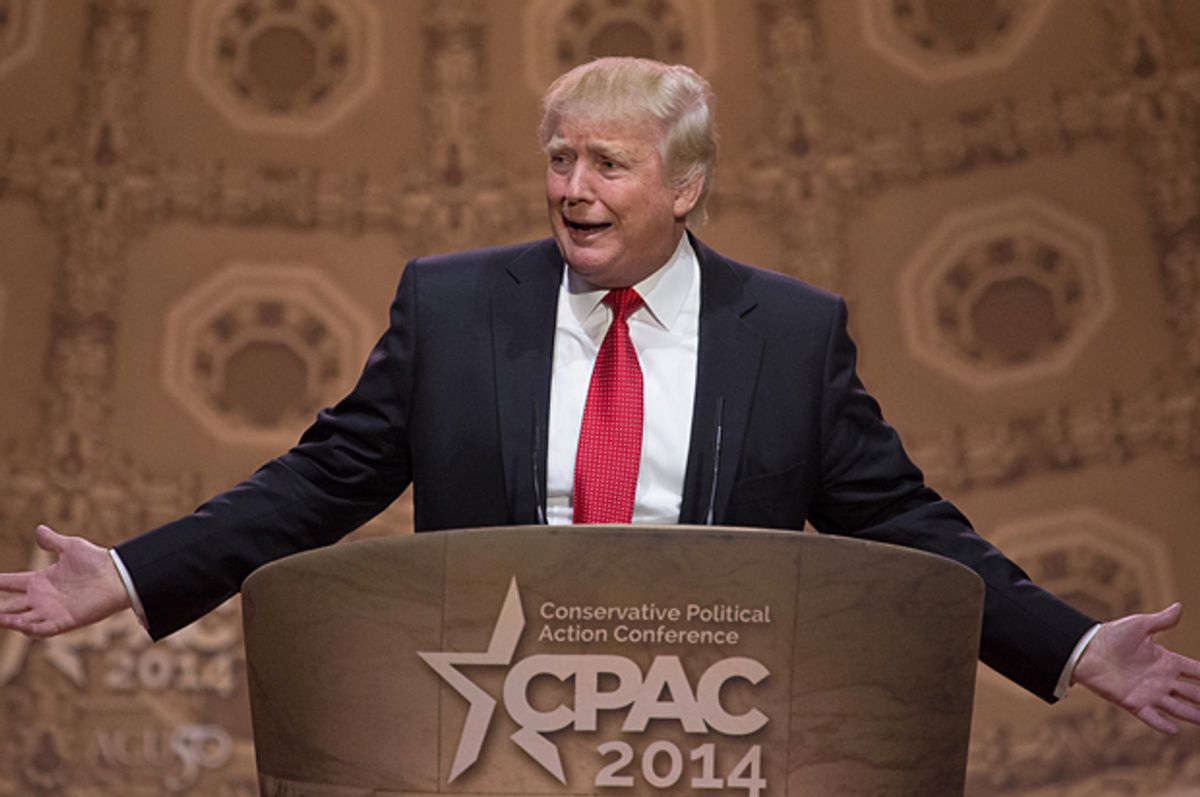 Schneider’s planned speech on the dangers of the racist alt-right comes just as its adherents are finding success in shaping President Trump’s ideas and his White House team.

While recognizing the need for a speech denouncing the alt-right, CPAC nonetheless asked alt-right apologist Milo Yiannopoulos to be its keynote speaker, only to later withdraw the invitation after critics pointed out Yiannopoulos’ past remarks about sex between adults and young teenagers. In addition, ACU chairman Matt Schlapp plans to host White House strategist Steve Bannon, who bragged about turning Breitbart into “the platform for the alt-right,” for an interview on the main stage.

And while conference organizers move to condemn racism, CPAC may also want to reflect on its own history with white nationalist activists. While the summit has barred gay and pro-gay conservative organizations in the past, it has had no problem hosting leaders of the alt-right.

In past years, CPAC hosted Youth for Western Civilization, a group so far to the right that it defended the Confederacy and South Africa’s apartheid system. In 2011 the conference even offered YWC a panel about how immigration and multiculturalism threaten to destroy not only the GOP but also American society. The Anti-Defamation League reported at the time that the panel was also attended by two “well-known racists, Jared Taylor, who runs the white supremacist journal American Renaissance and William Johnson, the chairman of the American Third Position, a white supremacist political party.”

In 2012, a CPAC panel on multiculturalism included Peter Brimelow, the Alt-Right figure who founded the white nationalist outlet VDARE; John Derbyshire, a VDARE contributor who was fired by the National Review for his racist writings; and white nationalist Bob Vandervoort.

Rep. Steve King, R-Iowa, also made an appearance at that panel—which attacked multiculturalism as a “disease”—and praised Brimelow, calling himself a fan of his books. (Brimelow recently addressed an alt-right gathering in Washington, D.C., that featured Nazi salutes). Vandervoort, for his part, continued to sponsor CPAC for several years.

Not to be overlooked, of course, is CPAC’s decision to host Donald Trump, who conveniently became a major donor to the American Conservative Union in the years leading up to his presidential bid.  As Kenneth Vogel of Politico noted, Trump’s relationship with CPAC’s organizers “provided valuable entry into conservative circles as he was just beginning to increase his political profile.”

It was at CPAC conferences where Trump outlined may of the same themes he later deployed in his campaign, particularly immigrant-bashing.

Back in 2011, he told the crowd that “our country will be great again” if they elect him president.

CPAC not only helped transform Trump’s image from a bumbling birther into a credible conservative, but it also gave a platform to figures pushing the kind of xenophobia and racism that helped pave the way for Trump’s successful presidential campaign.