WATCH: Sen. Sheldon Whitehouse tells Salon "fewer than half" of GOP senators think Trump "makes it through his presidency"

In a visit to Salon, Rhode Island Democrat says his GOP colleagues feel "a lot of anxiety" about their president 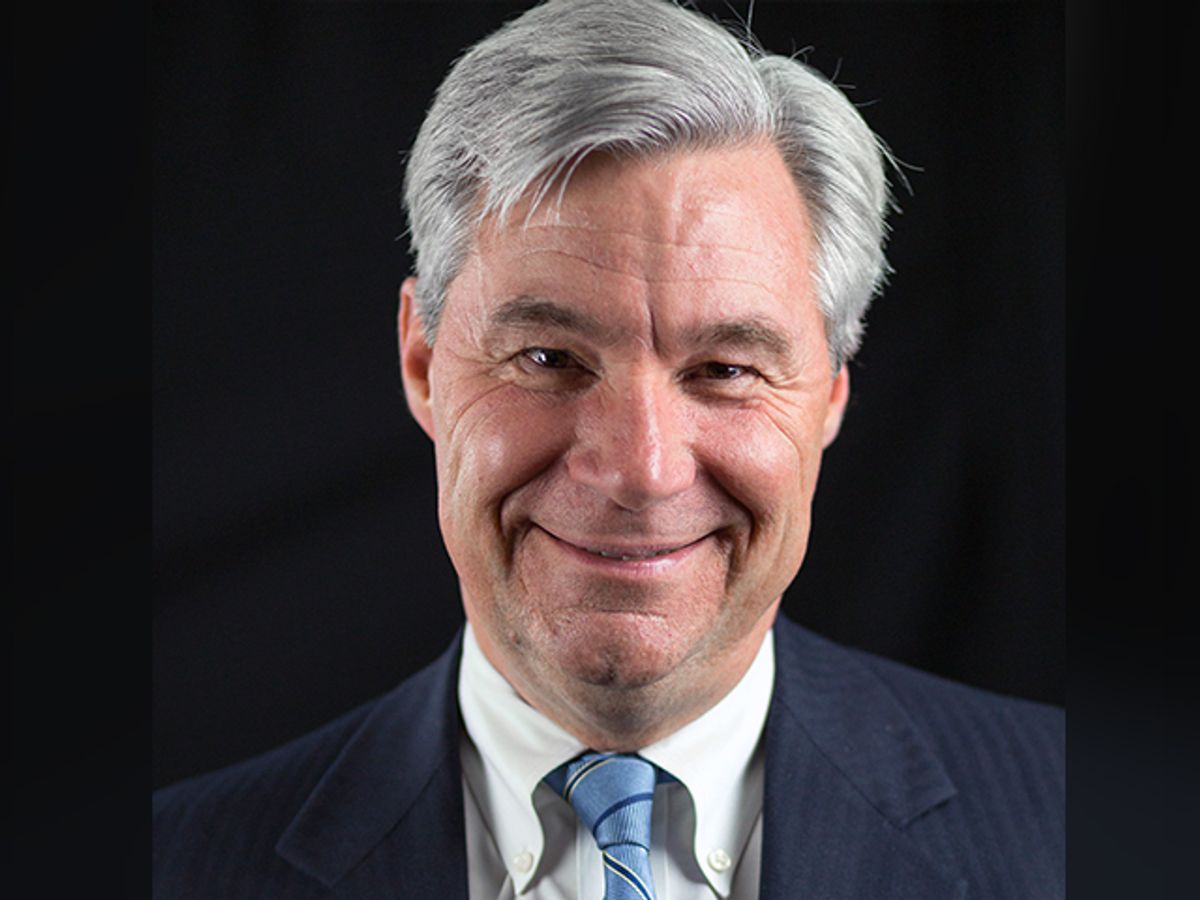 I didn’t ask Sen. Sheldon Whitehouse the most obvious question during his recent visit to Salon’s New York studio for a video interview (watch below): Is he running for president in 2020? Leaving aside the strange synchronicity of his last name — and I’m honestly not sure whether it’s an asset or a liability — the idea seems plausible. The Rhode Island Democrat clearly represents the liberal-to-progressive wing of his party, is close with his fellow New Englander Elizabeth Warren, but doesn’t come off as a fire-breather.  In theory, Whitehouse straddles the Democrats’ Hillary-Bernie divide but carries none of their baggage (and is younger), while looking the part of conventional white male politician.

But even in the era of permanent campaign cycles, it’s too early for that. You might say that another, more explosive question came up during our conversation: Will Donald Trump still be in the White House by the time that next election gets here?

Whitehouse was in New York this week to talk about his new book, “Captured: The Corporate Infiltration of American Democracy” (written with Melanie Wachtell Stinnett) — and about the after-effects of the election we just had. “Captured” is a wonkish, earnest deep dive into the corrupting influence of corporate money on our politics and all three branches of government, which goes beyond campaign donations and super PACs to de facto control of executive agencies and stealth control of the judiciary. Whitehouse presents a Bernie Sanders-style argument about the necessity of major reforms to get money out of politics, albeit in more measured terms.

It was a fascinating conversation, well worth watching all the way through (see below) and touching on numerous topics, from an inherent flaw that Whitehouse perceives in the U.S. Constitution (whose authors never imagined the rise of corporate power) to the impending Senate confirmation hearings for Neil Gorsuch, President Trump’s Supreme Court nominee. Whitehouse himself had a distinguished legal career before coming to Washington, serving as both a U.S. attorney and state attorney general in Rhode Island and twice floated as a potential Supreme Court nominee under Barack Obama. Any political observer would identify Whitehouse as a likely “no” vote on Gorsuch, but as he explained, the reasons for such a decision might have little to do with the judge’s legal qualifications and everything to do with the slanted composition of a high court featuring five hard-line conservatives.

Whitehouse is also the ranking Democrat on a Senate Judiciary subcommittee chaired by Sen. Lindsey Graham, R-S.C., who Whitehouse told me off camera was “the bravest Republican in the Senate, which might, in the current context, make him the bravest person in the Senate.” Graham’s subcommittee will begin hearings in March to look at Russian involvement in the 2016 presidential election. Whitehouse said Graham has promised to follow the evidence wherever it leads, including exploring the contacts between Trump campaign officials and Russian intelligence agents as reported by The New York Times and other publications.

When I asked Whitehouse whether his Republican colleagues on Capitol Hill were beginning to take the cloud of troubling associations surrounding President Trump seriously, he said yes.

“If you polled Republican senators,” he continued, “probably fewer than half would think that this guy makes it through his presidency,” although very few of them would be willing to say so in public. “There’s a lot of anxiety.”

How dangerous is it, I asked Whitehouse, to have a president whose international business and personal connections, in Russia and around the world, remain largely unknown? The senator chose his words carefully:

It’s very dangerous, because we would like to think that a president is making decisions in the best interests of the American people. If in fact there is what the Russians call kompromat — compromising material — and [Trump is] afraid of being embarrassed or if his business empire depends upon various organizations outside the country, then those are all manipulable. If you’re talking about a man’s reputation or the collapse of his business empire, you’re pulling some pretty tough strings.

So the potential problems are real and significant, and what we have to do is develop a record that shows . . . that they’re there. A guy who’s hiding his tax returns is not somebody who’s committed to explaining what those international connections are.