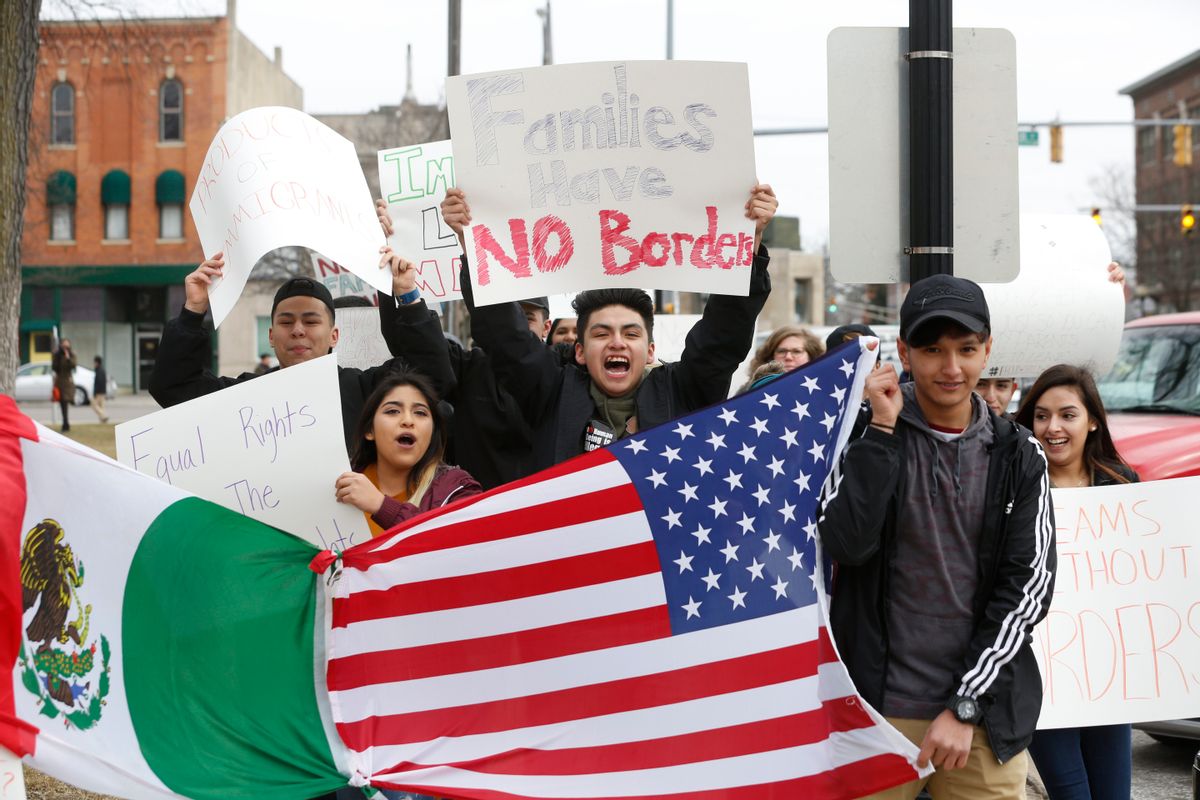 An undocumented Salvadoran immigrant known only as Sara was involuntarily taken to Prairieland Detention Center despite her having a brain tumor, according to a report by The Hill. At the time she was apprehended, Sara was a patient at Huguley Hospital in Fort Worth, Texas, and receiving treatment for her illness.

Melissa Zuniga, a member of Sara's legal team, told The Hill, "She told us they tied her hands and ankles in her condition. She's complaining of a lot of pain." Sara has been denied the ability to speak with her family and lawyers despite having received clearance from the hospital and Immigration and Customs Enforcement, according to The Hill.

Sara's experience is part of what's being described as a growing climate of fear among many undocumented immigrants. Undocumented agricultural workers in California have been keeping their children home from school, according to The New York Times. Meanwhile, more than a dozen Latino students have dropped out of a school district in Arizona within the last two weeks. In New York City's Staten Island, day laborers are staying home. In all these cases, there is fear of being apprehended and deported.

This anxiety has been caused not only by President Donald Trump's election in November, but by reports that the Department of Homeland Security is developing a mass deportation plan in the near future.