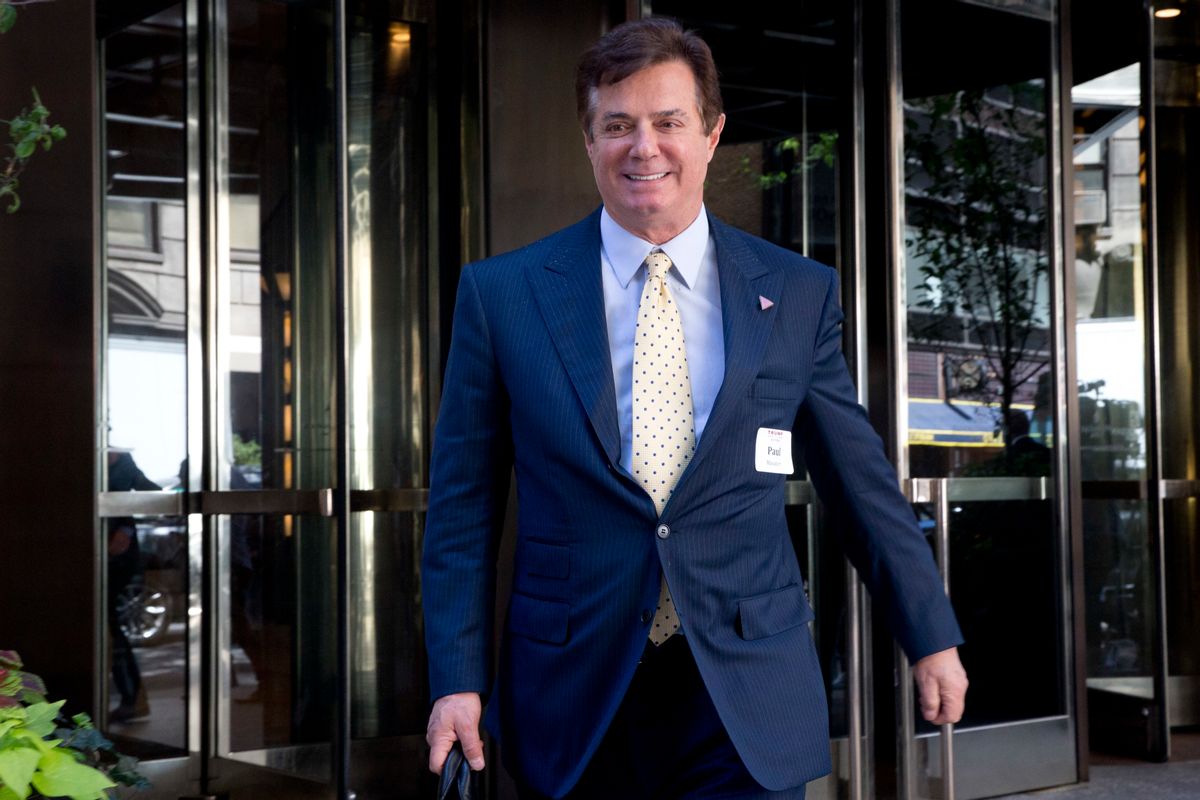 A new report suggests that Paul Manafort, President Donald Trump's former campaign manager, was the victim of a blackmail attempt by a Ukrainian parliament member who was aware of both Trump's and Manafort's connections to President Vladimir Putin of Russia.

Manafort has ties to Russia that include his having worked for the pro-Russian former president of Ukraine, Viktor Yanukovych, and an FBI investigation of Trump's connections to Russia may also examine Manafort. According to Politico, Manafort's daughter received a text from Serhiy Leshchenko, a member of the Ukrainian parliament, that threatened to expose Manafort's financial ties to Yanukyovych and an alleged meeting of Trump with Yanukyovych crony Serhiy Tulub.

"I need to get in touch with Paul i need to share some important information with him regarding ukraine investigation," the text message allegedly read, adding "As soon as he comes back to me i will pass you documents." It allegedly threatened, "If I don’t get any reply from you iam gonaa pass it on to the fbi and ukrainian authorities inducing media."

A note attached to the text message allegedly said, "considering all the facts and evidence that are in my possession, and before possible decision whether to pass this to [the National Anti-Corruption Bureau of Ukraine] or FBI I would like to get your opinion on this and maybe your way to work things out that will persuade me to do otherwise."

Leshchenko has denied sending these messages to Manafort's daughter, telling Politico, "I've never written any emails or messages to . . . Manafort or his family. I don't know their contact details." He also posted on Facebook,  "Comment on this one time: I didn't have and no mail mail.pravda@icloud.com. my supposedly correspondence with daughter manaforta - frank a hoax."

President Trump has been facing increased pressure due to his many ties to Russia, as well as allegations that he colluded with Russia in improper or potentially illegal ways during and after the 2016 presidential election. In addition to his ongoing feud with the American intelligence community, Russian media outlets decided last week to cut back on their pro-Trump coverage possibly as a result of dissatisfaction with his policies toward the region. Russian news shows have largely cut Trump from their programming.