The Infowars leader is heavy on influence, and light on facts 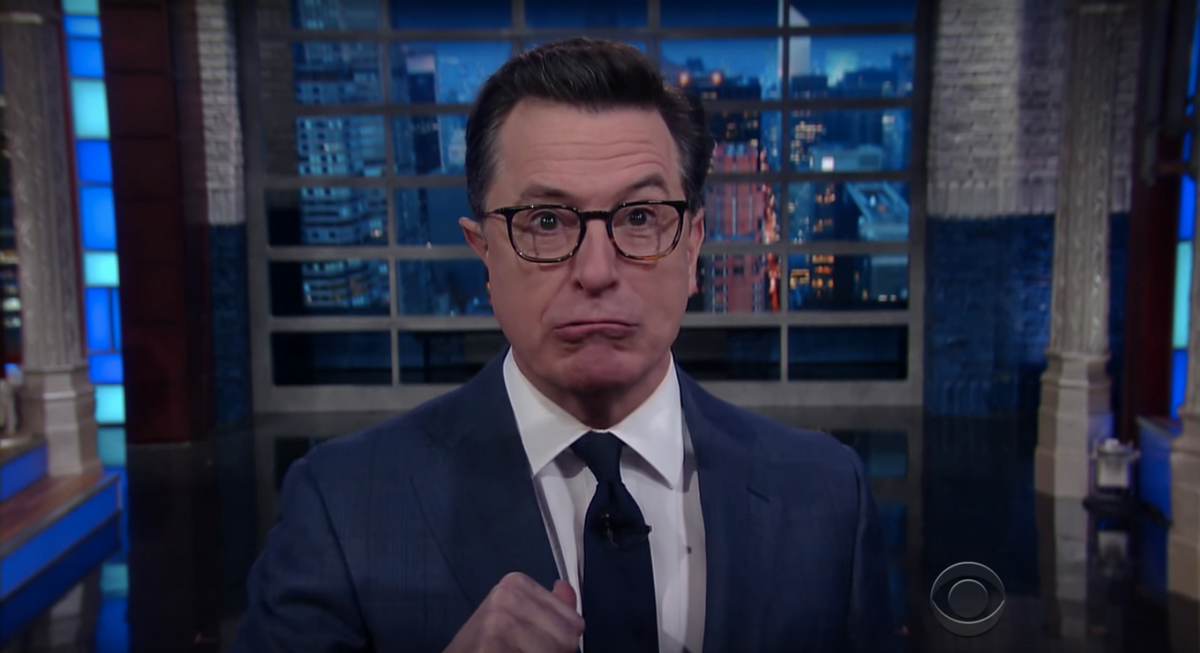 President Donald Trump has declared the media to be an enemy of the American people. So on Wednesday night's "Late Night with Stephen Colbert," host Stephen Colbert took a look at one of the president's more eccentric information sources: Infowars' Alex Jones. The far-right commentator has bona fide influence over Trump's base and perhaps even the West Wing.

Jones has become a household name since Trump became president, but Colbert wanted to make sure his audience knew who this "conspiracy theorist" is.

"If you've been living underground for the last few years, you've probably been listening to Alex Jones," Colbert joked. "But for the rest of you, he runs a conspiracy website called Infowars. The name is easy to remember. Just imagine info and then imagine someone that is at war with it."

Colbert played one of Jones most infamous highlights, when he said that "there was so many gay people now" because of chemical warfare. A dumbfounded Colbert had a rough time explaining that one.

"Now, obviously, it is not fair to judge a guy on one isolated dumbass clip," Colbert said. "So here's a bunch of them,"

The "Late Show" then played a montage of Jones' other bizarre statements. They showed the time Jones said that 2/3 of the frogs in Austin were bisexual and claimed that the shooting in Orlando was a false flag operation.

Colbert noted that Jones hopes to receive a press credential from the Trump White House. He offered some advice for journalists in the White House press pool, "You are going to want to get some earplugs and a poncho."