You can't sit with us: Sen. Rob Portman won't let Democrats into his events 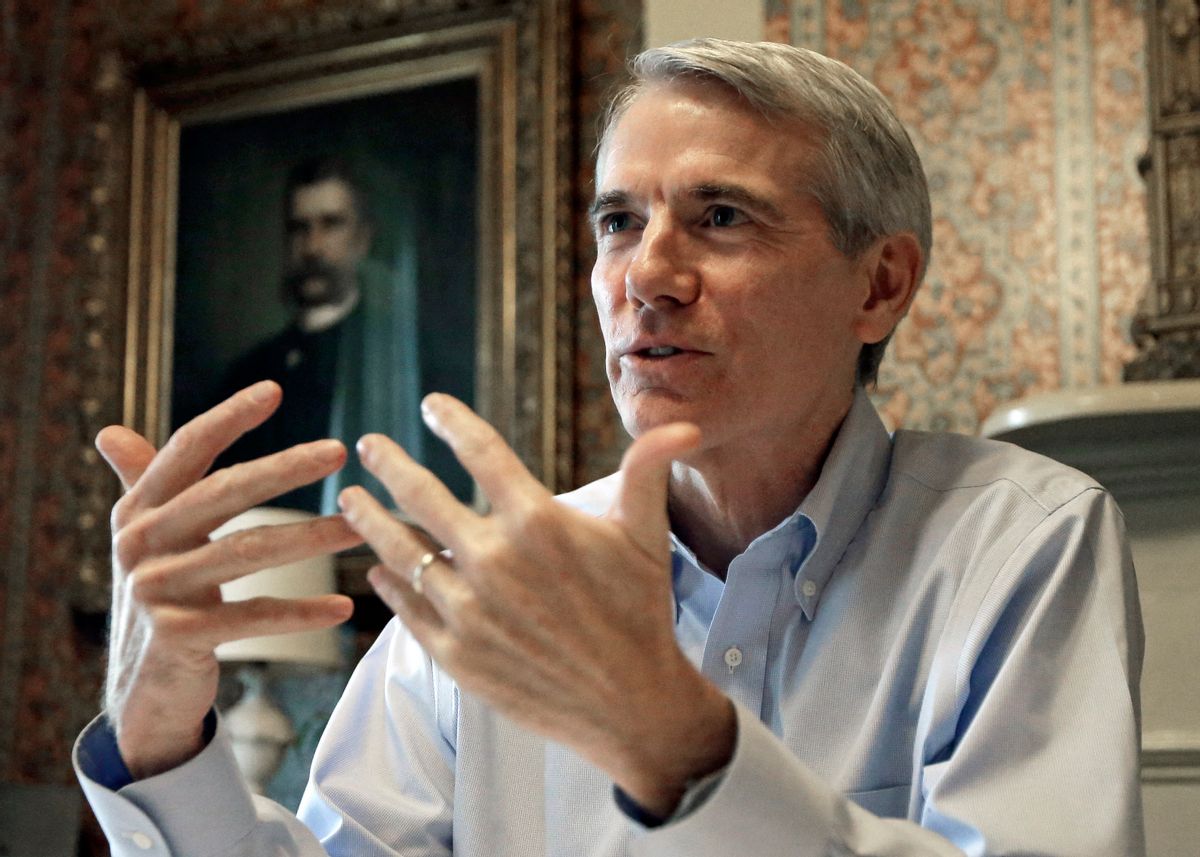 Republican legislators seem to have spent the better part of February being protested and booed by their own constituents. This may be why Sen. Rob Portman of Ohio has decided to prevent Democrats from attending at least one of his events.

A table of progressives from three Ohio counties were denied access to a Lincoln Day Dinner speech by Sen. Portman on the morning of the event, according to The Columbus Dispatch. They were notified that their tickets had been invalidated and their money would be refunded. While the initial explanation from an organization was that the dinner was a private event, the Dispatch reported Portman's office didn't want Democrats to be in attendance.

"It's just not fair, because I'm not even a Democrat," Finneran told the Dispatch. "Just because Republicans are in power does not mean Republican citizens have more of a voice than Democratic citizens or even independent citizens or Green Party citizens or Libertarian citizens. He represents everybody, not just the Republican Party."

Finneran said she switched to the Democratic Party so she could vote for Bernie Sanders in the 2016 presidential primaries.

David Koehl, the Seneca County Republican Party treasurer, told the Dispatch that "it's my personal opinion that these people should be allowed in. Portman and his office are afraid protesters will show up. They made this decision a week ago, but several people have been refunded on short notice."

Portman isn't alone among Republicans who are trying to avoid potentially embarrassing protests when meeting with their constituents. Various GOP House members who are up for reelection in competitive districts have substituted traditional town hall meetings with online or office events, including Rep. Rod Blum of Iowa, Rep. Barbara Comstock of Virginia, Rep. Ryan Costello of Pennsylvania and Rep. Carlos Curbelo of Florida.