Conjuring up a career with one of NYC's only female magicians

In a world where women are often the "lovely assistant," Tanya Solomon takes charge by making her own magic. 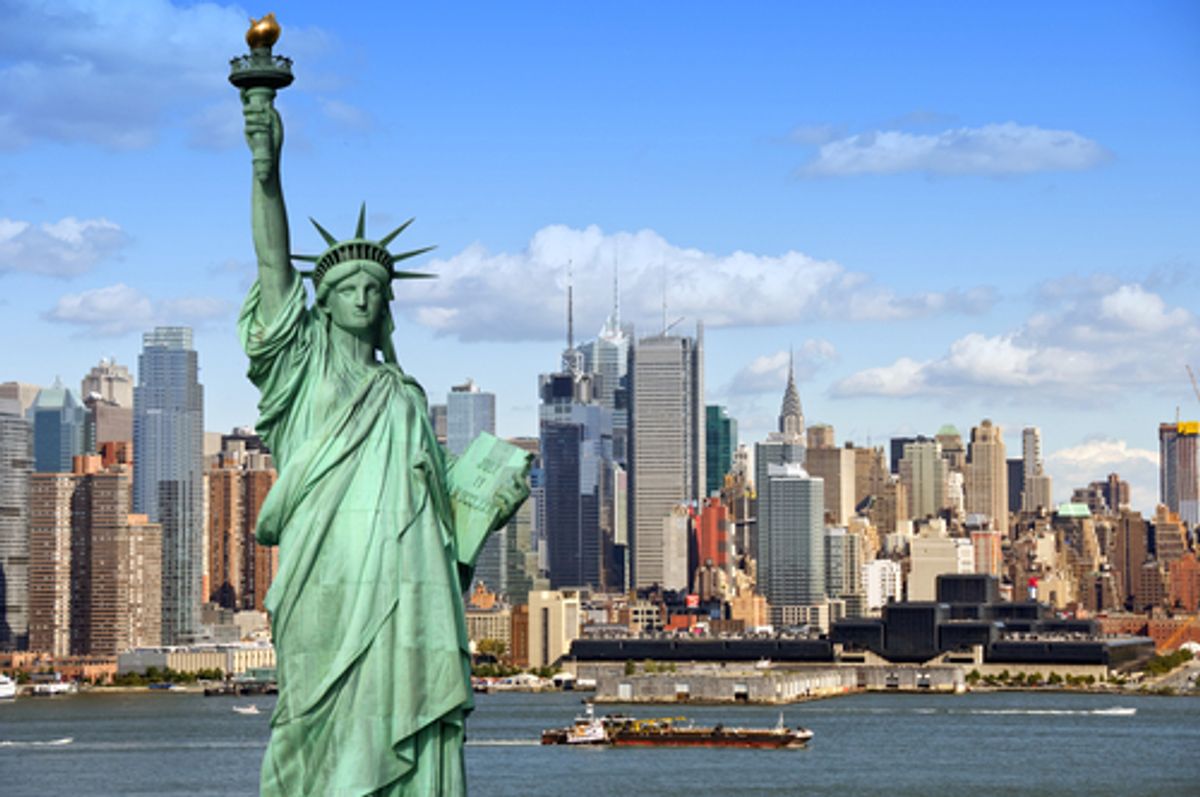 Tanya Solomon sits at her MacBook, adorned with a “Shtick Happens” sticker, rubbing her forehead from stress. All afternoon, she has been struggling to sell tickets to “Force Majeure,” the monthly variety show she produces, hosts and stars in as a magician at the Cobra Club. Her choppy black bangs splay outward like they’ve been massaged with super glue and she furiously jiggles her right foot while checking the Facebook invite to see if anyone else has clicked “attending.” By seven p.m., she’s only sold fifteen tickets, half of what she needs to break even.

At forty-five, Solomon is one of the few professional female magicians in New York City, having broken into a “male-populated” field, as Belinda Sinclair, another female magician in Chelsea, puts it, at age thirty without any prior knowledge or interest in show business. Though the lack of women in the industry is well known, research remains difficult to come by. A 2010 Pacific Standard article says women make up only five percent of magic clubs and performances. As one of the few women to hold this position of power – the magician is considered an authority figure, according to Solomon and various writing – Solomon has endured sexist and ageist remarks, particularly from amateurs. She recalls one man recently telling her, “Well you’ve got ten years before no one wants to see you on stage again.” While perusing magic shops, she’s often mistaken for someone’s mother. She tries to ignore the condescension and get on with her work.

“I want to be like Tina Fey,” she explains. “I just want to create the material and be the best magician I can, regardless of my gender.”

Read more Narratively: "When the Bridges of Paris Ran Red with Algerian Blood"

Solomon is a short, sturdy woman with a tattoo on each muscular bicep. Her right arm has a LOL cat – the popular internet meme – wearing a fez, and the other is a reimagined Alfred E. Newman as the Hindu goddess Kali. She came of age in the punk era of the late ‘70s in Kansas City, a time of do-it-yourself mentality that she still adheres to. Her father was a cantor who liked to make an exhibition of Yom Kippur services with deep, showy bows, which was Solomon’s only small and fleeting brush with performance until the late ‘90s. By then, she had graduated from Oberlin, moved to New York to start an internship at Elle magazine and was pursuing a Ph.D in philosophy when she saw a flyer in Williamsburg promoting Bindlestiff Family Cirkus, a show founded in 1995 that has since traveled the world. Intrigued, she attended a performance and saw a magician swallow needles and pull them out of his stomach. From then on, she went every week. She hung around long enough for the co-founders to hire her to run the book mobile, and she left her corporate life to join the circus.

“She does her research and she puts her ass on the line,” says Stephanie Monseu, the co-founder of Bindlestiff.

After other stints in clowning and street performance in Europe and New Orleans, Solomon returned to the city and started “Force Majeure” two years ago. Like the original vaudeville shows from the turn of the nineteenth century, it showcases short sketches from comedians, singers, dancers and burlesque performers. Yet Solomon gives her program distinct flare by inviting Bruk Up dancers from Bed-Stuy or Merrie Cherrie, a well-known Bushwick drag queen. She hosted her December show in a hot dog costume. One friend and mentor, Bizzaro, a magician in Las Vegas, relayed with a laugh a trick she does with a can of creamed corn, an illusion no one else has done.

Read more Narratively: "A Massive Stroke Ruined Half my Mom's Brain. A Year Later, she Wrote me this Letter"

“She projects her personality into the show and a lot of performers won’t do that, they’ll do generic stuff,” he says. “She’s trying to create weird ideas.”

Back inside Solomon’s “rehearsal studio,” a room in her Park Slope apartment, she decides to switch gears from producer to performer, one of the most difficult tasks. She walks to her bedroom to accentuate her thick lips with sparkly cherry gloss and glue on fake eyelashes.

“I need a lot to cover up this old face,” she jokes as she untwists the cap to her liquid foundation. While meant to be funny, the comment affirms her fear: What if that rude man was right, and she does only have ten years left?

By now, she’s running late. She loads up her accordion case with a can of orange Fanta, a fishing rod, two rubber chickens and some empty tissue boxes. Roy, a tough little Siamese fighting fish, gets scooped into a plastic tub. He has a main part in the opening act tonight, which she assures only seems like animal cruelty. The last Roy couldn’t handle the pressure and flung himself onto the carpet while his tank was being cleaned.

In the car on the way to the venue, three people Facebook message Solomon about admission, bringing the tally to twenty-one. Inside the Cobra Club, her six performers wait quietly for her, eating takeout or twirling in costume.

Solomon speed-walks inside and holds attention. She explains the Japanese screen in back will function as the dressing room, points out the private bathroom and makes sure the sound technician knows his cues.

“I’m so behind it’s not even funny,” she mutters to herself after descending the stage from sound check.

The doors open around nine, a half hour late, and people flood in. Two girlfriends are wearing pussy hats left over from the Women’s March. A Bushwick couple cozies up against one of the high tables. Several photographers grab the last seats in front.

Solomon has locked herself in the bathroom to take a breather and change into leather shorts, fishnet stockings, a black corset and pumps. The uniform lets her exercise her power as the magician, but she also resents having to present a sexualized image of herself.

“There’s this tradition that women are the sexy performers and men do the skilled performance,” she explains. “I find that to get work it helps a lot if I have the heels and the false eyelashes. You aren’t going to get work unless you’re working that look.”

She emerges from the bathroom and waits behind the crowd. No one notices her. She closes her eyes, takes two slow, deep breaths and strides to the stage.

Two hours and several gasps later, the room has swelled. Seeing the audience awed and shocked is a kind of liberation for Solomon. It means she turned reality upside down.

“The feeling of pulling the rug out from under people is exhilarating,” she says. She then wipes her brow at having broken even, and thus like a true magician, making the impossible possible.