First installment on the butcher's bill: Donald Trump's supporters will be made to pay

A month in, the bill keeps adding up: Trump voters backed an unqualified demagogue, and the price will be painful 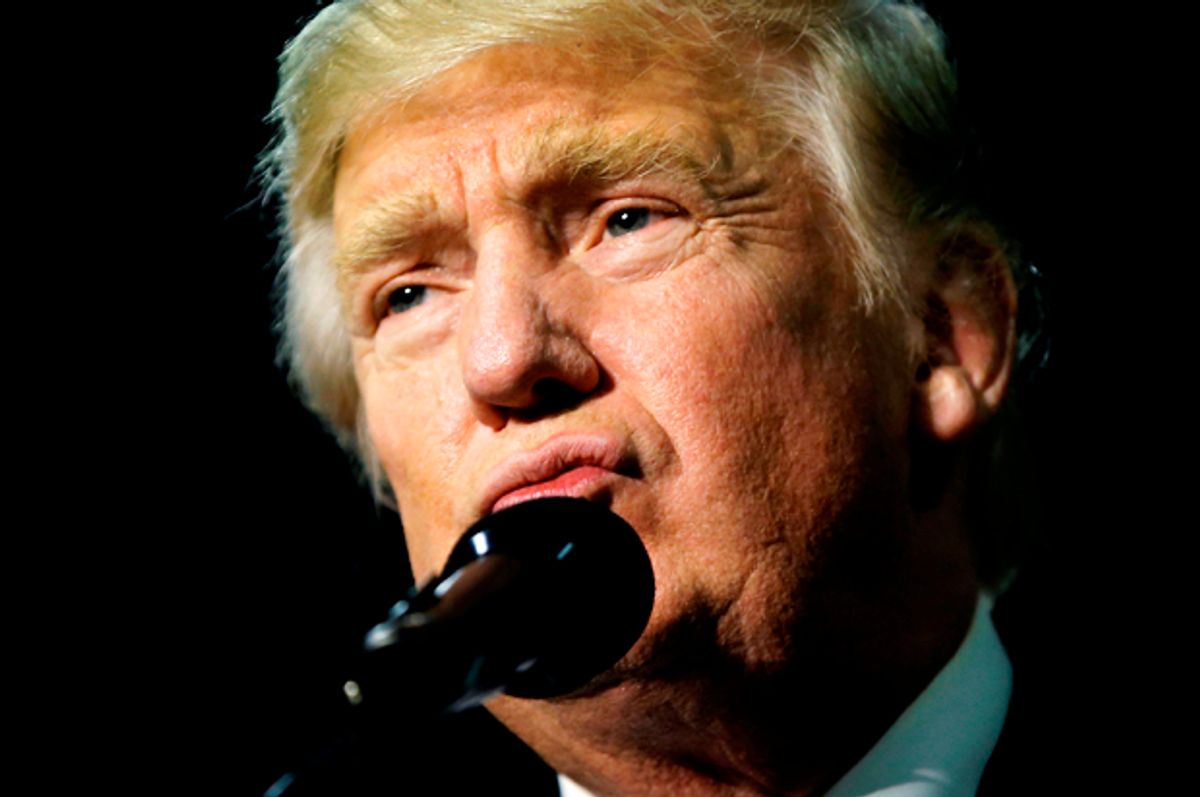 Donald Trump won the White House by promising his white voters that they would soon be able to put their feet on the necks of their fellow Americans with impunity and without consequence. This is Trump’s promise to end “political correctness” translated into plain speech.

“Make America Great Again” was always more than a slogan. It was a threat and a promise that the wages of whiteness — those unearned psychological and material privileges that come with being white in American — would be redoubled under President Trump. To that end, Hispanic and Latino “illegal immigrants” would be punished for taking jobs from “real Americans” (i.e. white people). African-Americans would be disciplined by “law and order.” Arabs and Muslims would be made to cower in the face of American power. The homeland would be secured by building walls and through mass deportations. One side of the color line would be further oppressed; the other side of the color line would be elevated.

Trumpism is not a new story in American history. In many ways, it is a return to form and to the racialized Herrenvolk democracy created at the time of the founding.

This is a two-way transaction. While Trump’s supporters would like to pretend that such is not the case, his promises do not come without a price. The pain that Trump’s voters wanted to inflict on their fellow Americans is not unidirectional — regardless of how much they wish it to be. Trump has been president of the United States for 30 days. The butcher’s bill has come due and the first payment has been tallied.

As I shared in an earlier piece for Salon, I will watch how Donald Trump’s supporters are hurt by his policies, and I will make no apologies for my Schadenfreude. To that end, I have been keeping a list of the policies already enacted or promised by Trump that will hurt red state America as well as the so-called white working-class voters who constitute his base.

Donald Trump has already gutted financial regulations such as the Dodd-Frank Act. These protections were put in place to help prevent another financial disaster such as the Great Recession of 2008. Trump and the Republican Party have also removed guidelines that force retirement fund managers to work in the best interests of their clients. These acts are a gift to Trump’s plutocrats and other gangster capitalists who he claims “can’t borrow money.” These changes will also imperil the financial safety and security of the working-class and middle-class Americans who voted for him.

Donald Trump has plans to privatize the Freddie Mae and Fannie Mac home loan programs. This  would likely eliminate the 30-year home mortgage loan that is one of the primary paths to homeownership for working- and middle-class Americans. This is a direct assault on the ability of Americans who are not already rich to accrue intergenerational wealth, economic stability and upward mobility. This move will also further empower the financier and banking class that Trump disingenuously promised to rein in during his presidential campaign.

Trump has issued an executive order designed to destroy the Affordable Care Act by making it financially insolvent and otherwise unworkable. Ending the ACA will increase the likelihood of bankruptcy, mortgage foreclosure and auto repossession and increase human suffering across the United States by denying many people access to preventive and long-term health services. It has been estimated that at least 43,000 people will die annually from lack of adequate health care if the ACA is repealed. The Republican war on the Affordable Care Act being felt acutely in many parts of rural and Rust Belt America that overwhelmingly voted for Trump.

Trump’s plan to build a wall on the U.S.-Mexico border will be paid for, at least in theory, by a tax on imported goods. This is likely to cost the average American thousands of dollars. Trump’s proposed deportation plans will also raise the costs of goods and services. Red state America is less economically prosperous and secure than more liberal and cosmopolitan blue state America. As such, regions that supported Trump are less well equipped to weather the economic storm that the president will soon unleash.

Trump has attempted to enact an unconstitutional de facto ban on Muslims entering the United States. This will affect health care professionals — many of whom work in underserved white rural and Rust Belt communities. Trump’s Muslim ban is quite literally making his most enthusiastic voters sick.

Trump has also, by fiat, permitted coal and other companies to poison local water supplies with toxic pollutants. Again, he is literally making his most enthusiastic supporters sick with carcinogens and other lethal poisons.

There are many right-wing and liberal voices who demand that Trump’s voters be “understood” and empathized with for their decision to support an authoritarian demagogue because they were "scared” and wanted to “shake things up.” In interviews and profiles since the November presidential election, Trump’s voters have expressed how happy they are with his administration and how unfairly they feel they are being judged by “liberals” and the media.

As P.T. Barnum is said to have famously observed, a sucker is born every minute. Donald Trump, the clown king and ruler of a plutocratic kakistocracy, will make his supporters suffer while they smile and ask for more. Sadism as political strategy is the guiding principle of the modern Republican Party. I will continue to add up the entries on Trump’s butcher’s bill. Ultimately, the American people need to be protected from his machinations. As for his supporters? I'm afraid they deserve everything they receive, and more.