Ordinary people smuggled, copied or collected materials in the fear that ideas might be lost 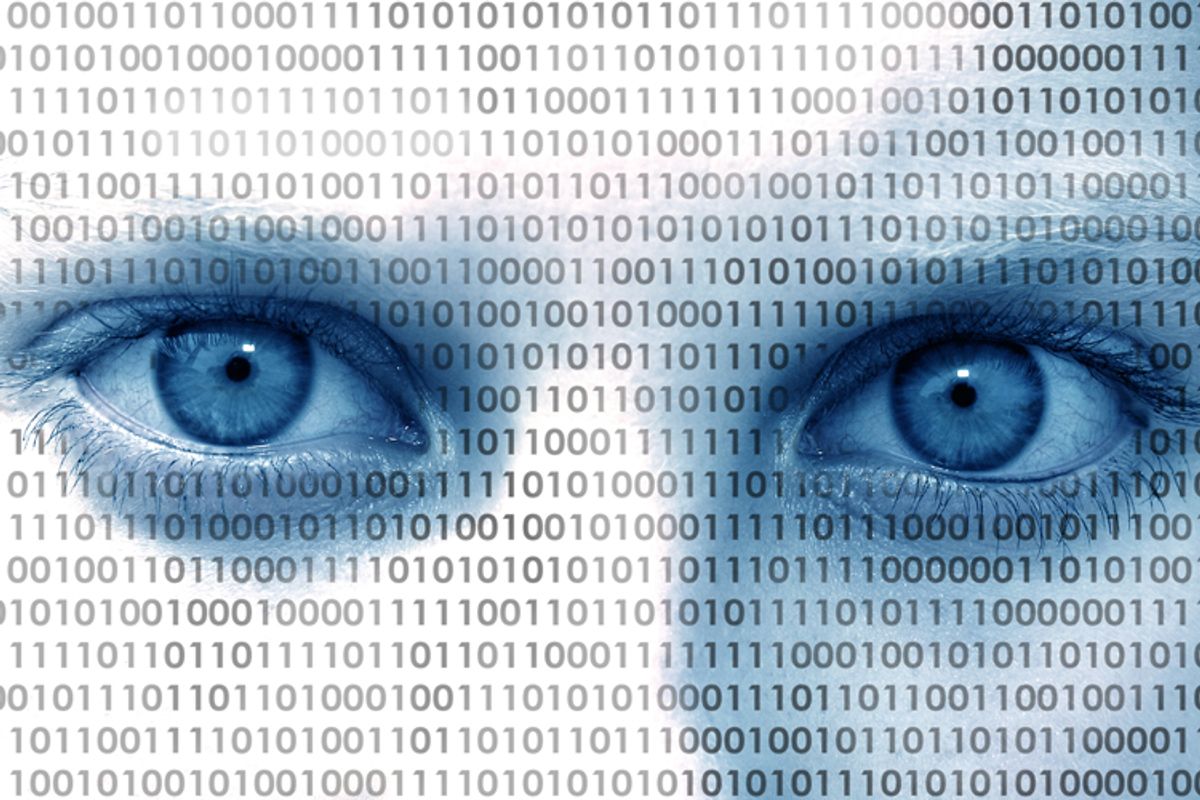 On Inauguration Day, a group of students, researchers and librarians gathered in a nondescript building on the north side of the University of California, Los Angeles campus, against a backdrop of pelting rain.

The group had organized in protest against the new U.S. administration. But, instead of marching and chanting, participants were there to learn how to “harvest,” “seed,” “scrape” and ultimately archive websites and data sets related to climate change.

The need for such work quickly became palpable. Within hours of Trump’s inauguration ceremony, official statements on anthropogenic, or man-made, climate change vanished from governmental websites, including whitehouse.gov and that of the Environmental Protection Agency.

The UCLA event was one of several “data rescue” missions that have cropped up around the U.S., supervised by the Environmental Data Governance Initiative, an international network focused on threats to federal environmental and energy policy, and the University of Pennsylvania’s Program for Environmental Humanities.

These workshops address the very existential dangers the Trump administration presents – not only to the modest climate protection goals set by the global community in the last 40 years, but to the mainstream science that investigates how humans are changing the planet.

Michelle Murphy, Patrick Keilty and Matt Price at the University of Toronto, who launched the first data rescue event in December, call this kind of activism “guerrilla archiving.”

“Guerrilla archiving” is a new term, one that can’t be found in scholarly archival literature. But examples of this behavior have cropped up in hostile political climates throughout history. Ordinary people smuggled, copied or collected materials in the fear that ideas – or even the memories of an entire community – might be lost.

Data rescues like the one we organized at UCLA follow in a rich tradition of activist archives throughout history. These past efforts can help us understand today’s work to rescue government data.

The term “guerrilla” itself comes from the Spanish word for war. It implies irregular, impromptu tactics in a struggle against powerful forces.

Building archives has already been an integral part of social activism. This work challenges the dominant narratives of the past and makes us rethink how we preserve memories for the next generation.

For these activists, archival work is not a neutral act, but a form of political disruption. In Nazi Germany, for example, Franciscan monk H.L. Van Breda risked death to smuggle documents from the estate of Edmund Husserl, a Jewish philosopher and father of the phenomenological tradition, on a train from Freiburg to Berlin. The documents were held for three months in a safe at the Belgian embassy before traveling to the University of Louvain. They remain at the university archives today, enabling future access to these important philosophical works.

Similarly, Walter Benjamin handed over his magnum opus on Parisian culture, The Arcades Project, to Georges Bataille, archivist at the Bibliotéque Nationale in Paris during World War II. Bataille hid these documents in a restricted archive until after the war.

In the shadows of Nazi-occupied Europe, these archiving operations took the form of bold political work. They reacted to a regime that wanted to cleanse history entirely of scholarly Jewish voices.

In another example, the Mazer Lesbian Archive accumulated in a residence in the Altadena neighborhood of Los Angeles throughout the mid-1980s. Dedicated volunteers collected photographs, pamphlets, written correspondence, film projects, plays, poetry and everyday ephemera, from discarded envelopes to cocktail napkins. The archive serves as a testament to the vibrancy and viability of the decade’s largely invisible lesbian culture.

As Alycia Sellie at CUNY Graduate Center and her colleagues argued in a 2015 paper, community archives like the Mazer offer “local, autonomous spaces for alternative historical narratives and cultural identities to be created and preserved.” These collections often spring up independently of government or scholarly institutions. The creators, feeling politically marginalized, seek to create their own collective identity.

Autonomy is key to the success of these archives, which are often maintained, owned and used by the very people who generate them. By remaining independent from formal institutions, archivists are making a statement about how entrenched organizations play a role in their political necessity in the first place.

Past and present marginalization, slavery and violence to particular minority communities remain central to institutions of American democracy – whether universities or federally funded historical archives. For this reason, we cannot always count on such institutions to meaningfully memorialize on behalf of these voices.

In a dramatic and recent example, preservationists and janitors used metal trunks to smuggle historic Islamic documents out of Timbuktu’s archives into individual homes, basements and closets, and away from advancing ISIS soldiers.

Again, we see that in times of political violence, it becomes necessary to surreptitiously protect items of cultural legacy. These decentralized efforts are vital both to save not only the materials but also the individuals involved. The Timbuktu example shows how guerrilla archiving becomes at once a necessarily collective and distributed act.

The power of archives

Today’s data rescue efforts may be high-tech, but they have much in common with the Mazer’s collectors and the Timbuktu smugglers. The work relies on volunteers, and the archives exist on a multitude of servers, not attached to any one central institution.

However, this work is usually thought of as dangerous: It disturbs the hierarchies of power. In some ways, data rescues aim to do the opposite. They reinforce traditional structures of power, protecting data created by government-funded scientists that documents evidence of climate change. Rather than create an alternate narrative of history, data rescues aim to replicate and distribute that data. The political work lies in decentralizing information, not reinterpreting it.

Data rescues strive not to challenge a critical scientific narrative, but to protect it from a “post-truth” mentality that makes climate change denial seem a viable social act, one in which facts pertain only to individual perspectives.

This may be different from some guerrilla archives of the past, but it’s still a way to resist power – power that casts empiricism and our future progress on climate change aside.

Archiving for the future

Web mirroring, seeding and scraping, then, have joined the litany of other guerrilla archiving tactics, alongside midnight smuggling operations, marginalized oral history-making, and basement zine collections.

At UCLA’s event, for instance, we focused on “seeding,” or nominating Department of Energy web pages to the Internet Archive’s End of Term project. End of Term is an archive of the .gov website taken during periods of a presidential transitions. The Internet Archive uses an automated web crawler to “scrape,” or replicate, web pages, though this method does not capture many sensitive data sets.

To address this deficiency, we also extracted and downloaded data sets that can’t be scraped with the Internet Archive’s crawler. Participants then archived these “uncrawlable” data sets by uploading them to decentralized data infrastructures, or mirrors, that store the data redundantly on many different servers around the world.

By treating federal scientific data as a public utility, data rescues create an occasion for community and political resistance. In fact, we might find that the importance of mirroring federal climate data lies less in rescuing data sets for the scientific community – since it’s too soon to tell whether more information will vanish or be defunded – but instead in creating spaces for community dialogue and wider public awareness of the vulnerabilities of politically contentious scientific work. By building communities around web mirroring, data rescues already play a political role.

Data rescue events continue to emerge across the U.S., working to outpace any further disappearances of federal climate change information. Guerrilla archiving puts the onus on the data rescue community to preserve this scientific work. In the process, these events foster a collective concern for one another and for the future.

One of the speakers at the UCLA event, Joan Donovan, researcher at the UCLA Institute for Society and Genetics, maintains that this type of work should be seen as a small glimmer of hope: “The question of what can we do in this political climate hostile to climate change has, again, a relatively modest answer: small interventions with grand intention.”