Russia's white, blue, and red striped flag was passed out at CPAC — and people were waving them 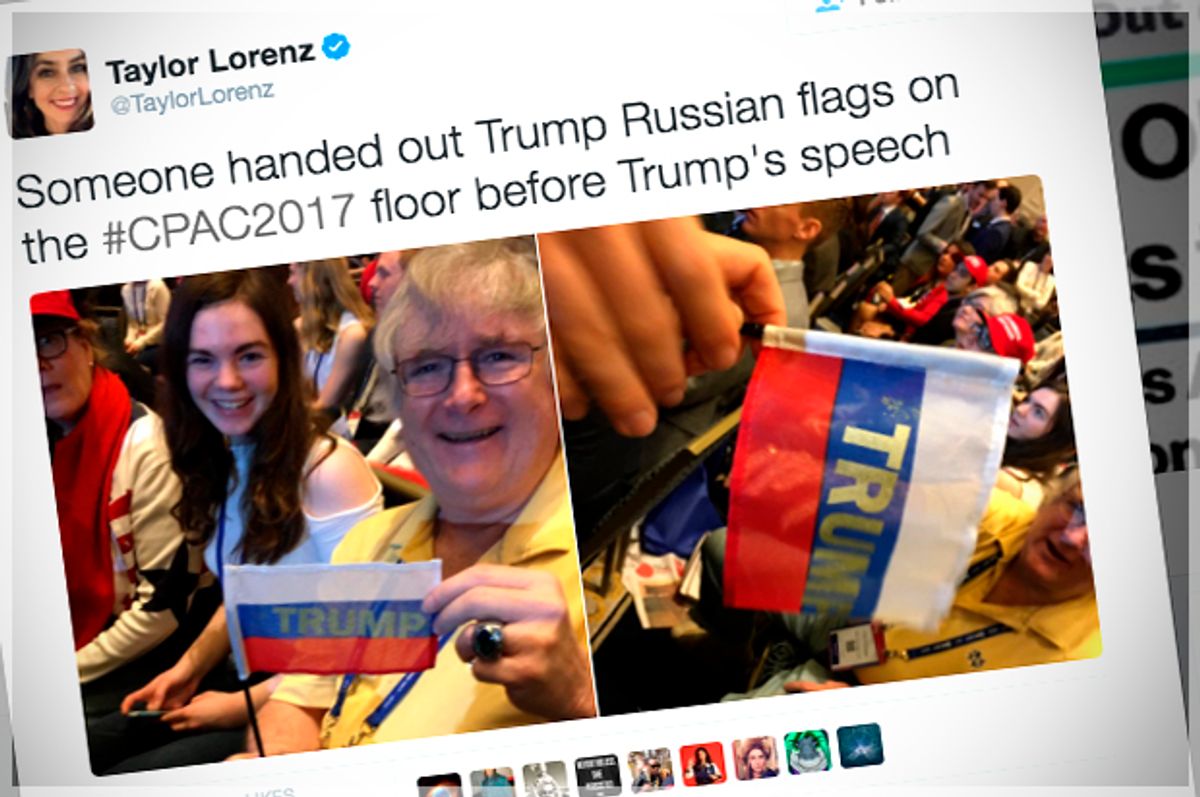 President Donald Trump's extensive connections to Russian political and business interests became noticable Friday at CPAC, right as the president was speaking to the crowd.

During his speech in front of the Conservative Political Conference on Friday, members of the crowd could be seen waiving Russian flags with Trump's name on them.

The flags were quickly spotted and confiscated by CPAC staffers, although not before the unfortunate visual found its way all over Twitter. There are also reports that some CPAC audience members were warned they would be thrown out if they were seen waving the flag.

It is unclear who gave out the flag, although it seems unlikely that it was perpetrated by a Trump supporter. In addition to his numerous ties to Russia, Trump has had two powerful staffers resign due to their inappropriate connections with the authoritarian state: Former campaign manager Paul Manafort stepped down when it was revealed that he had worked for a Ukrainian president (and Russian puppet) Victor Yanukovych, while former national security adviser Michael Flynn resigned after it was revealed that he had inappropriate communications with Russian Ambassador Sergey Kislyak about the sanctions imposed by President Barack Obama.

And, of course, there is the intelligence community consensus that Russia engaged in a widespread hacking campaign in order to help elect Donald Trump over his Democratic rival, Hillary Clinton, during the 2016 presidential election.