Media outlets including the New York Times, the LA Times and CNN were blocked from joining a White House briefing 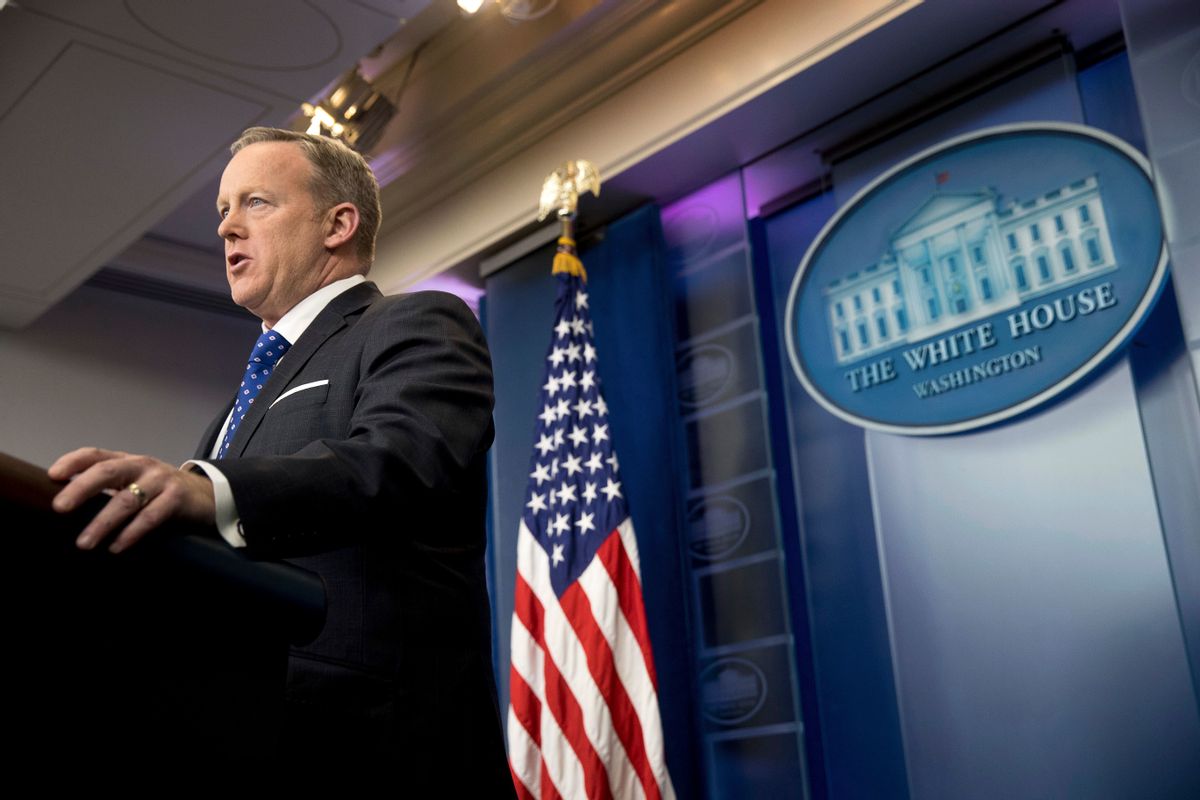 News organizations including the New York Times, the Los Angeles Times, CNN and Politico were blocked from joining an informal, on the record White House press briefing on Friday.

The Associated Press chose not to participate in the gaggle following the move by White House press secretary Sean Spicer.

"The AP believes the public should have as much access to the president as possible," Lauren Easton, the AP's director of media relations, said in a statement.

The White House defended the decision not to include some news organizations.

"We invited the pool so everyone was represented. We decided to add a couple of additional people beyond the pool. Nothing more than that," said White House spokeswoman Sarah Sanders.

Earlier Friday in a speech before the Conservative Political Action Conference, President Donald Trump railed against the media.

"Nothing like this has ever happened at the White House in our long history of covering multiple administrations of different parties. We strongly protest the exclusion of The New York Times and the other news organizations. Free media access to a transparent government is obviously of crucial national interest," Dean Baquet, the Times' executive editor, said in a statement.

"This is an unacceptable development by the Trump White House. Apparently this is how they retaliate when you report facts they don't like. We'll keep reporting regardless," CNN said in a statement.