Opiate for the Masses: Jimmy Kimmel may be the right prescription for a politically charged Oscar night

Hosting the Oscars is a job best handled by stepping aside to let the stars shine. That's Jimmy Kimmel's forte 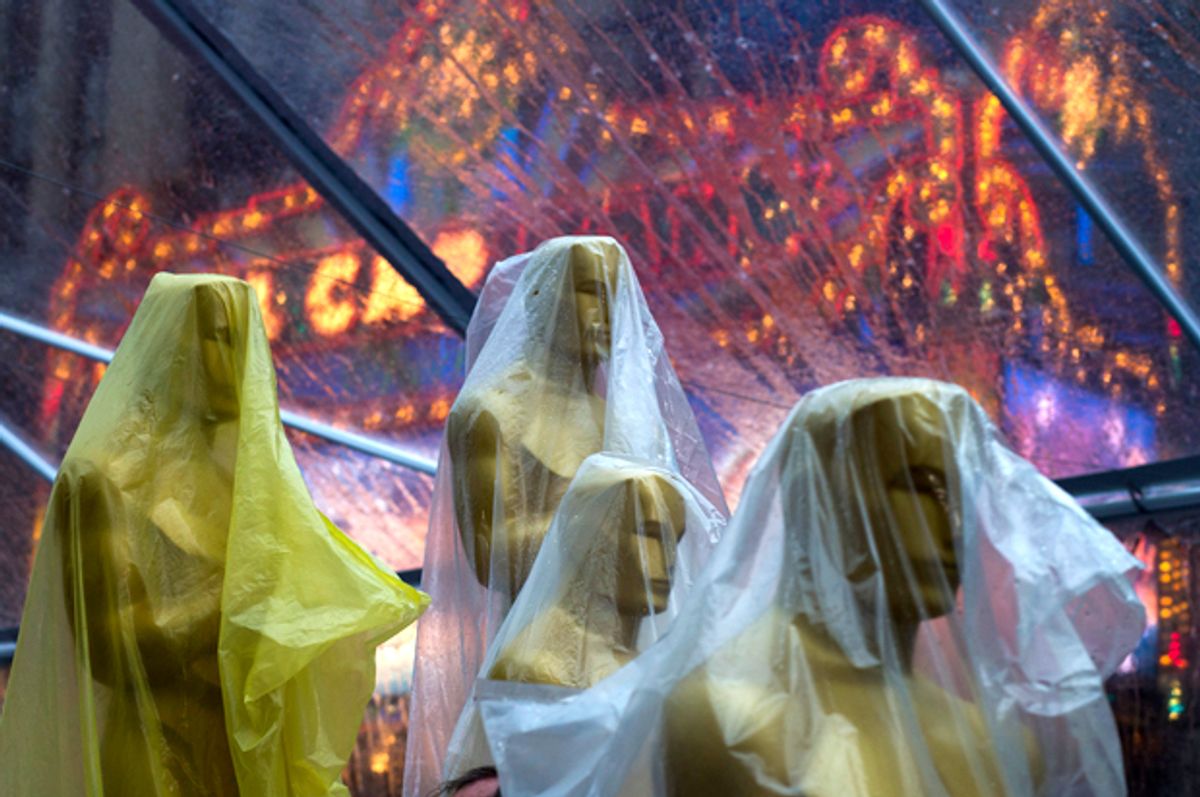 Jimmy Kimmel is hours away from strolling in to one of the toughest performance evaluations in showbiz: Oscar host. The late night star told Variety that shortly after he was tapped for the gig, he shared the news with his wife with the same clenched cautiousness a person would use to break the news of a car wreck.

Part of that was shtick, mind you; approaching everything with a smidgen of a disconsolate air is Kimmel’s signature, brandished to humorous effect on his ABC late night show. “Jimmy Kimmel Live!” viewers know he’s a showman, just one who always looks slightly uncomfortable in his suit.

In the pantheon of Oscar, this sets Kimmel up to be the human equivalent of Valium. Spending time with him will be pleasant. He’s easy to laugh with and doesn’t get in the way of whatever happens to be in your face. If he stumbles, people probably won’t care all that much. Not with all the beautiful people to ogle.

Weeks, if not days, after this year’s Oscars are in the books, Kimmel’s missteps will be all but forgotten and most of what we’ll remember are the night’s biggest victors. Should Sunday night fall together thusly, Kimmel will have triumphed.

That said, opinion as to what goes into a successful, effective awards show hosting experience varies wildly and depends upon how each show’s chosen ringmaster chooses to treat his or her job.

The Oscars are Hollywood’s greatest holiday, a celebration of haute couture and self-congratulation as actors fine-tune aggrandizing speeches about the vital importance of film, and the industry that made them famous. The best hosts find a balance between popping those glistening bubbles of braggadocio and giving them more air to help them sail.

Kimmel handily struck that balance when he hosted the 68th Primetime Emmy Awards which aired on ABC, the network home of Sunday’s Oscars telecast. As I wrote back then, his comedic accessibility lent the telecast a welcome measure of agility, moving everything along with hosting style that was edgy at times but never unkind. This represented a drastic improvement from his 2012 virgin voyage with Emmy.

Nevertheless, the 2016 Emmys broadcast netted only 11.3 million viewers, making it the lowest-rated in TV history. With millions of people watching the ceremony around the globe, Kimmel’s first outing with Oscar will be seen, and judged, by tens of millions more people. Last year’s Oscars show had an audience of 34 million, making it the least-watched in eight years.

Legendary Oscar captains are a rare breed and tend to be well-matched for the times in which they were chosen to helm. Billy Crystal set the standard for all modern hosts to follow; he was the candidate of choice through the Clinton years, hosting five of his eight times between 1992 and 2000. Accordingly, he approached the role as if his job was to help America bump up and keep dancing until the end of the party.

Hugh Jackman brought Broadway elegance to the 2009 Academy Awards telecast to rave reviews. In fact, over the past decade, only Jackman and two-time hosts Ellen DeGeneres and Chris Rock have emerged from their times at the wheel smelling like roses. We know this because those of us who can recall their efforts without the benefit of a YouTube refresher don’t grimace at the memory.

Mention Seth MacFarlane, James Franco and Anne Hathaway, however, and the kindest word that comes to mind is “excruciating.” Bombing on Hollywood’s grandest prom night did not adversely affect the careers of any of those performers, but each of their turns was viewed as less as the proverbial feather in the caps of their careers than, say, a fascinator sculpted out of turds.

These unfortunates made the mistake of attempting to be a part of the show, something very few performers can get away with. Only two have done so unequivocally: DeGeneres, who flooded Twitter with her famous Oscars selfie, and Crystal, whose show opening montages transformed the audience’s expectation of what an awards show could be.

Otherwise, the finest service host can offer is to make everything as painless as possible for everyone involved. Kimmel is incredibly skilled at this, because he’s been doing it almost every night for the last 14 years.

At the same time, he is one of the few hosts who actually has a chance to make his mark . . . in a good way.

If each Oscar ceremony’s field of nominees and winners reflects the tone of the year that preceded it, each host must somehow shape his or her approach accordingly, finding the appropriate prescriptive mix for the moment.

And the 89th Oscars is going to be a uniquely rough telecast to wrangle. Many are expecting criticism of Donald Trump and his administration to overshadow the evening. United Talent Agency canceled its Oscar fete and donated $250,000 to the ACLU. Trump’s travel ban targeting majority-Muslim countries resulted in director Asghar Farhadi, whose movie “The Salesman” is a nominee for best foreign-language film, declining to attend the ceremony

Kimmel, for his part, hasn’t noticeably hit harder at Trump in his late-night monologues than he did before, opting to maintain the course his show has always followed. Indeed, Kimmel gets a Japanese economy car’s worth of mileage out of being the underdog next to A-listers who play along with his low-key digs. He often makes himself the butt of the joke, a man steamrolled by the shenanigans of people more powerful than he.

The exception to this is a popular recurring bit on his show involves Kimmel’s fake feud with Matt Damon, the core of which is Kimmel’s ersatz glee at cruelly trolling Damon, to which Damon responds with elaborate displays of schadenfreude. Some version of this all but guaranteed to take center stage at some point on Sunday night, as it did at the Emmys.

A portion of Kimmel’s Everyman act is a something of a sham, but his touch could work well on Sunday, and he’s an expert at humanizing celebrities. His “Mean Tweets” viral videos, in which celebrities read ad hominem attacks directed at them via Twitter, is another quality Kimmel product tailor made for Oscar night.

He’s also the perennial third-place finisher in a late night ratings wars that Stephen Colbert has been winning lately by taking a more aggressive stance against the president and his policies.

Then again, at the Emmys Kimmel famously referred to the woman who is now our nation’s First Lady as “Malaria”. He also told “The Celebrity Apprentice” creator and executive producer Mark Burnett, “If Donald Trump gets elected, and he builds that wall, the first person we’re throwing over it is Mark Burnett.”

Kimmel can throw some punches if he needs to. But don’t be surprised the host opts to let the stars stick and move instead. There will be plenty of that going around, no doubt. Besides, if the idea of winning a positive review is all but impossible in the simplest of times, negative reaction is all but guaranteed this year.

Regardless of what happens, it will give Kimmel stupendous material for his show. That alone makes his effort worthwhile. As long as Kimmel’s Oscar efforts aren’t memorable for the wrong reasons, he’ll be a winner.