"A special prosecutor for what?": Spicer insists that there's nothing to see here about Trump's ties to Russia

"So at what point are you gonna ask yourself, What are you investigating?" Sean Spicer asked at a press conference 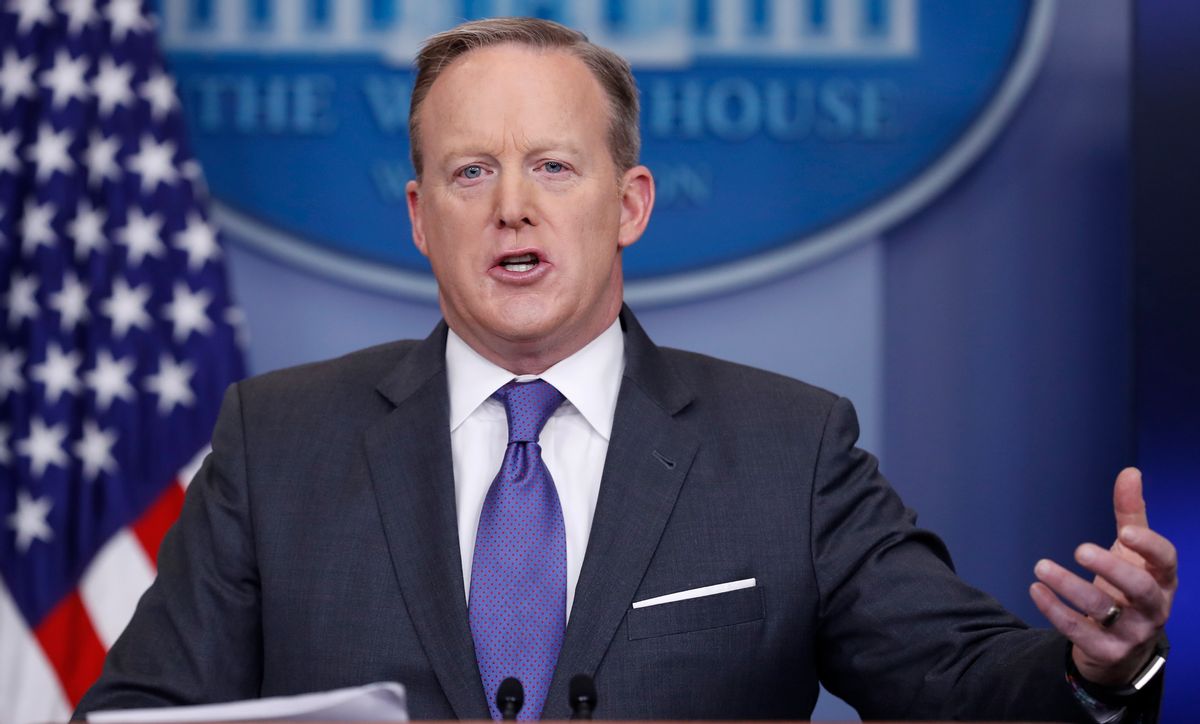 After a brief but tense exchange with the reporter during Monday's press conference, Spicer said:

We have now for six months heard story after story come out about unnamed sources, say the same thing over and over again. And nothing has come of it. Right? We've heard the same people, the same anecdotes, and we've heard reports over and over again. And as Chairman Nunes made very clear today, he has seen nothing that corroborates that. So at what point are you gonna ask yourself, What are you investigating?

Spicer's comment about Rep. David Nunes, R-California and chairman of the House Intelligence Committee, referred to Nunes' assertion that "there’s no evidence of anything" tying Trump's presidential campaign to Russia's ruling class.

Spicer also confirmed that the administration is working with the CIA and Congress to discredit reports about Trump's connections to Russia.

"We have continued to give reporters information and sources that went to the accuracy or lack thereof of a report that was in a newspaper," Spicer said. He again referred to Rep. Nunes, who claimed that reports about Spicer coordinating a press campaign to counter reports of contact between Trump and the Russians were simply attempts by the administration to be "transparent."

Despite Spicer's dismissal of these claims, there are a number of sound reasons to investigate Trump's ties to Russia. He has had two powerful aides resign due to their relationship with Russia or pro-Russian politicians — former campaign manager Paul Manafort and former national security adviser Michael Flynn — and his own son admitted in 2008 that "Russians make up a pretty disproportionate cross-section of a lot of our assets. We see a lot of money pouring in from Russia." Because Trump has refused to release his tax returns, it is impossible to determine his potential conflicts of interest with that country.

Spicer: “A Special Prosecutor for what? … Russia’s involvement has been investigated up and down”