Wave of anti-Semitism: Another Jewish cemetery has been vandalized 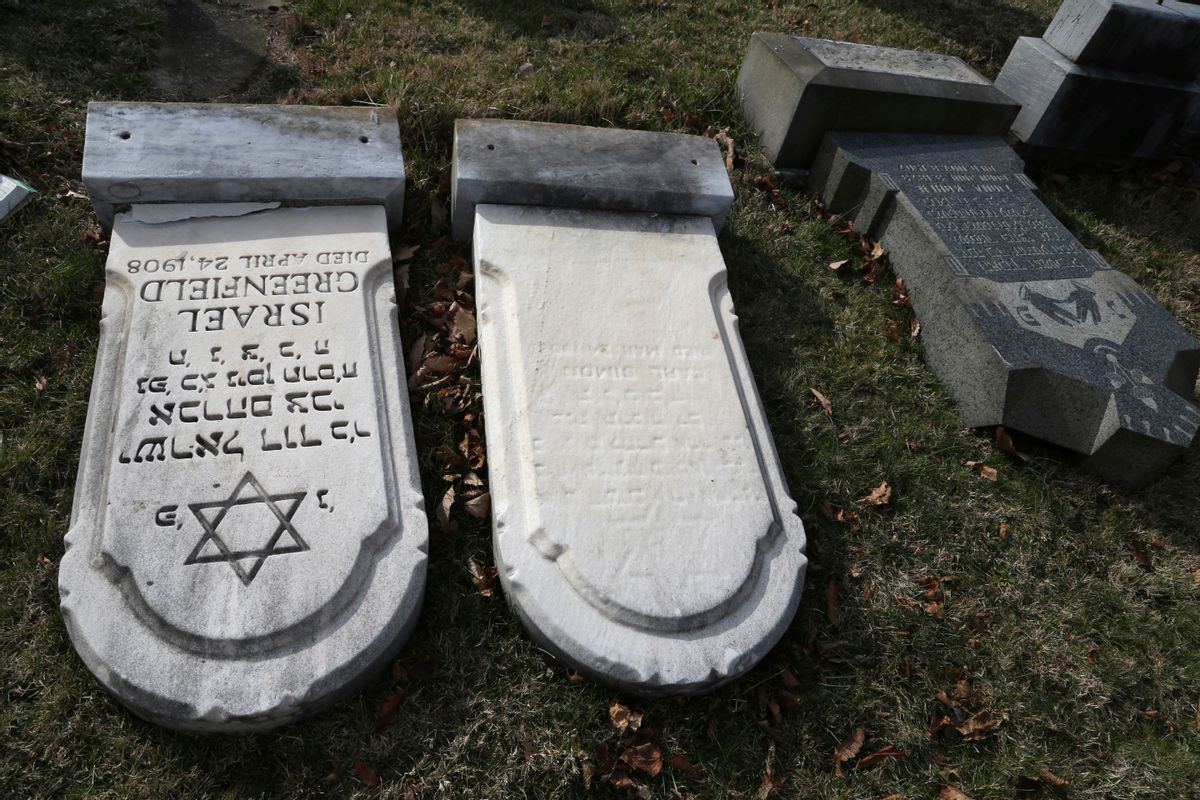 For the second time in less than a week, a Jewish cemetery has been vandalized.

More than 100 headstones were damaged in a hate crime against a Jewish cemetery in the Wissinoming district of Philadelphia. This incident comes less than a week after more than 150 headstones were damaged in a Jewish cemetery outside of St. Louis. In response to the Philadelphia attack, a reward of $13,000 is being offered — courtesy of the Mizel Family Foundation through the Anti-Defamation League and the Fraternal Order of Police Lodge #5 — to anyone who provides information that leads to the arrest and conviction of the perpetrators.

"My heart breaks for the families who found their loved ones’ headstones toppled," said Philadelphia Mayor Jim Kennedy in a statement. "Hate is not permissible in Philadelphia."

In addition to these acts of vandalism, there have also been bomb threats to 11 Jewish Community Centers since the start of 2017, with many tying the upsurge to Donald Trump's recent election to the presidency. The Southern Poverty Law Center has supported the notion that there is a link between the anti-Semitism and Trump's election by noting that there have been 1,094 incidents related to bigoted bias since November, with 33 being targeted against Jews, 108 involving swastikas, and 47 involving white nationalist fliers.

As of last week, there had been 31 hate crimes reported against Jews in New York City, more than twice as many as through mid-February 2016.

President Trump has been harshly criticized for taking a long time to speak out against the anti-Semitic actions that have swept the country in recent months.

"He read a statement with all the passion of a B-grade actor auditioning for a high school play," said civil rights activist Steven Goldstein, Executive Director of the Anne Frank Center for Mutual Respect, in an interview with Salon last week. "You looked at him and it didn’t look like he could even connect to the words — and this is a president who rarely reads anything prepared — and the one chance he gets to speak about anti-Semitism, he needs notes!"