Engaging with "liberal activists" is not a "productive exercise," Rubio told a journalist 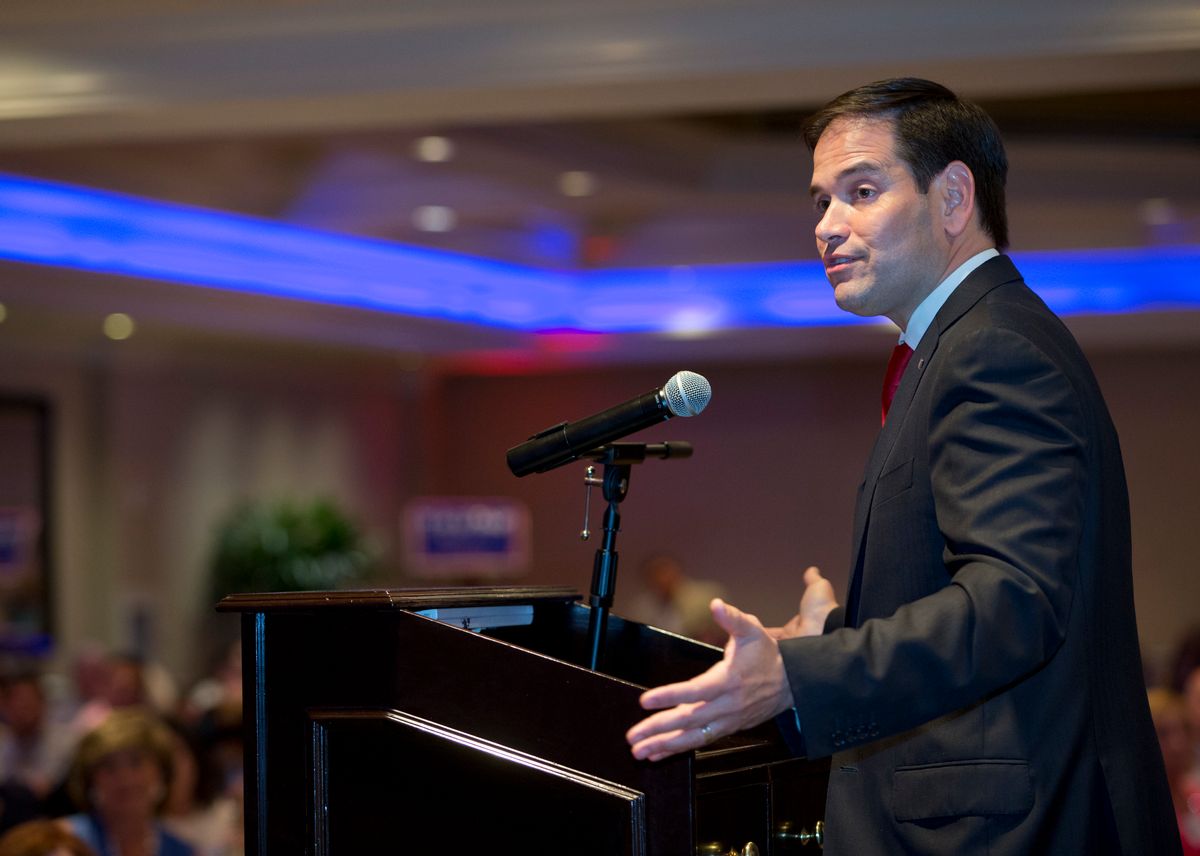 Senator Marco Rubio, R-Florida, has gotten flack for skipping a town hall meeting last week, then adding that "people get rude and stupid ― on both sides" at the events. Now he has elaborated on his distaste for such meetings.

"They are not town halls anymore," Rubio explained to CBS4-Miami’s Jim DeFede on Sunday. "What these groups really want is for me to schedule a public forum, they then organize three, four, five, six hundred liberal activists in the two counties or wherever I am in the state."

According to the document, they get there early. They take up all the front seats. They spread themselves out. They ask questions. They cheer when the questions are asked. They are instructed to boo no matter what answer I give. They are instructed to interrupt me if I go too long, and start chanting things. Then at the end they're also told not to give up their microphone when they ask questions. It's all in writing, it's in this Indivisible document.

After acknowledging that Indivisible-inspired protesters are "real" people, Rubio said that engaging with such "liberal activists" would not be a "productive exercise."

Rubio is referring to the experiences of numerous Republican legislators who have faced embarrassing experiences at their town hall meetings. Sen. Tom Cotton of Arkansas was put on the spot by a 7-year-old about defunding PBS. Similarly, Rep. Jason Chaffetz of Utah was drowned out by chants of "Do your job!" while trying to explain his refusal to investigate President Donald Trump.

Meanwhile, Republicans such as Rep. Darrell Issa of California and Sen. Rob Portman of Ohio have either skipped events or weeded out protesters in advance to avoid public humiliation.