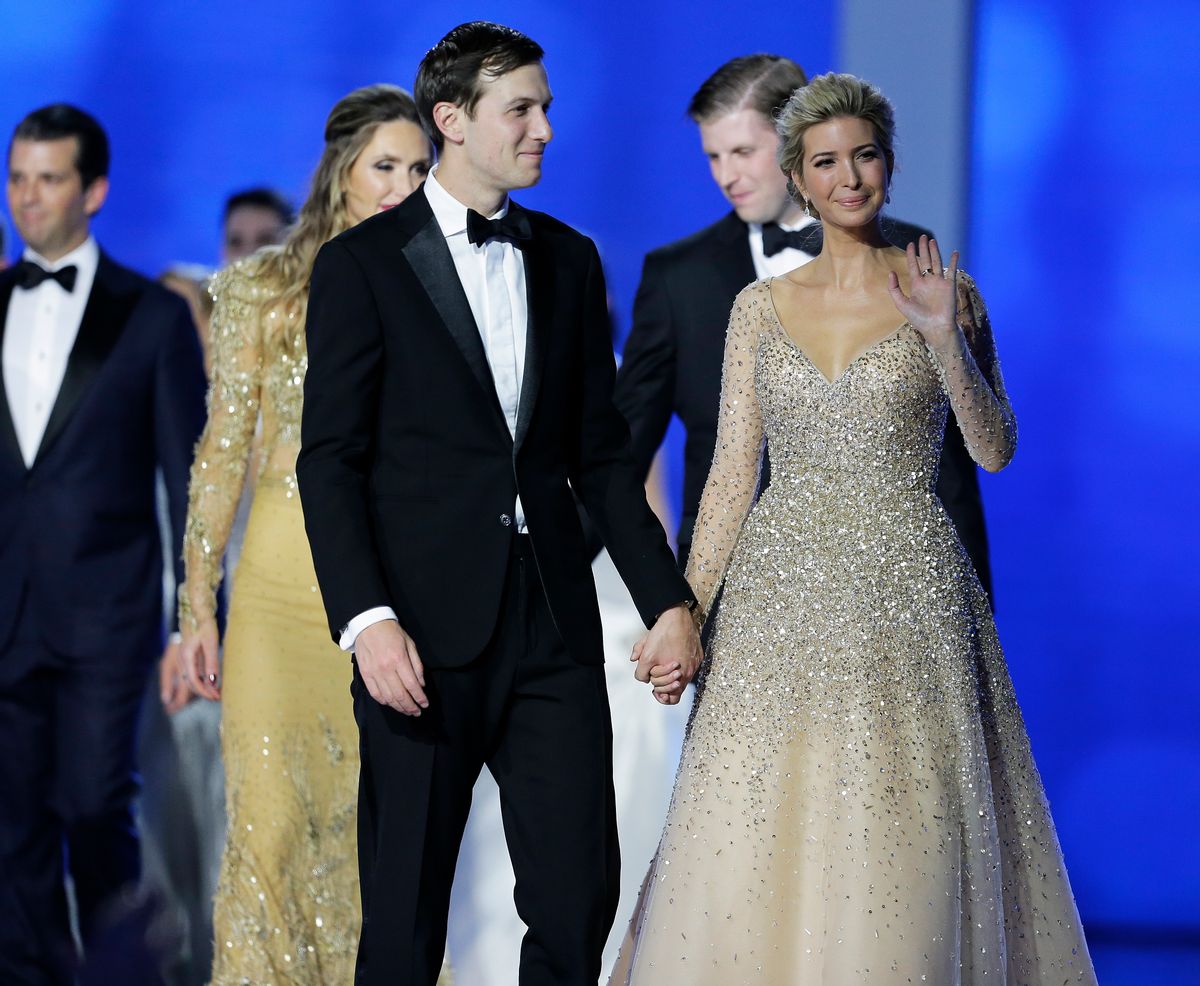 After reports that both Secretary of State Rex Tillerson and Secretary of Homeland Security John Kelly have been sidelined in President Donald Trump's foreign policy-making, it is now coming out that the real power in the Oval Office may be th president's son-in-law, Jared Kushner.

Kushner joined Tillerson during a meeting with Mexican foreign minister Luis Videgaray, when Tillerson discussed his plans for a trip to Mexico with President Trump, and before Tillerson took a trip to the German city of Bonn for a meeting of G20 leaders, according to Vanity Fair. Last weekend, Tillerson dined outside of the security perimeter while Trump ate his meal with Kushner, and Kushner was regularly seen "hovering over the shoulder of Tillerson" like a "shadow secretary of state."

Kushner's influence is so great, and Tillerson's by comparison so minimal, that the Secretary of State didn't even find out that Trump was reconsidering his position on a two-state solution in the Israeli-Palestinian crisis until a press conference in which Netanyahu mentioned both Trump and Kushner.

This isn't to say that members of Trump's administration are displeased with Kushner's growing influence.

"The source close to the situation said that Kushner, Tillerson, Mattis, and John Kelly are all working together as a team, and instead of seeing Kushner as a rival secretary of state, they view him as a honest broker between the president, foreign leaders, and Cabinet secretaries," Vanity Fair noted. The article also reported its source saying that Kushner "talks constantly" with Secretary of Defense James Mattis.

Before becoming a presidential adviser, Kushner's career background was in real estate. He also owned The New York Observer. He had no previous experience in developing foreign policy.