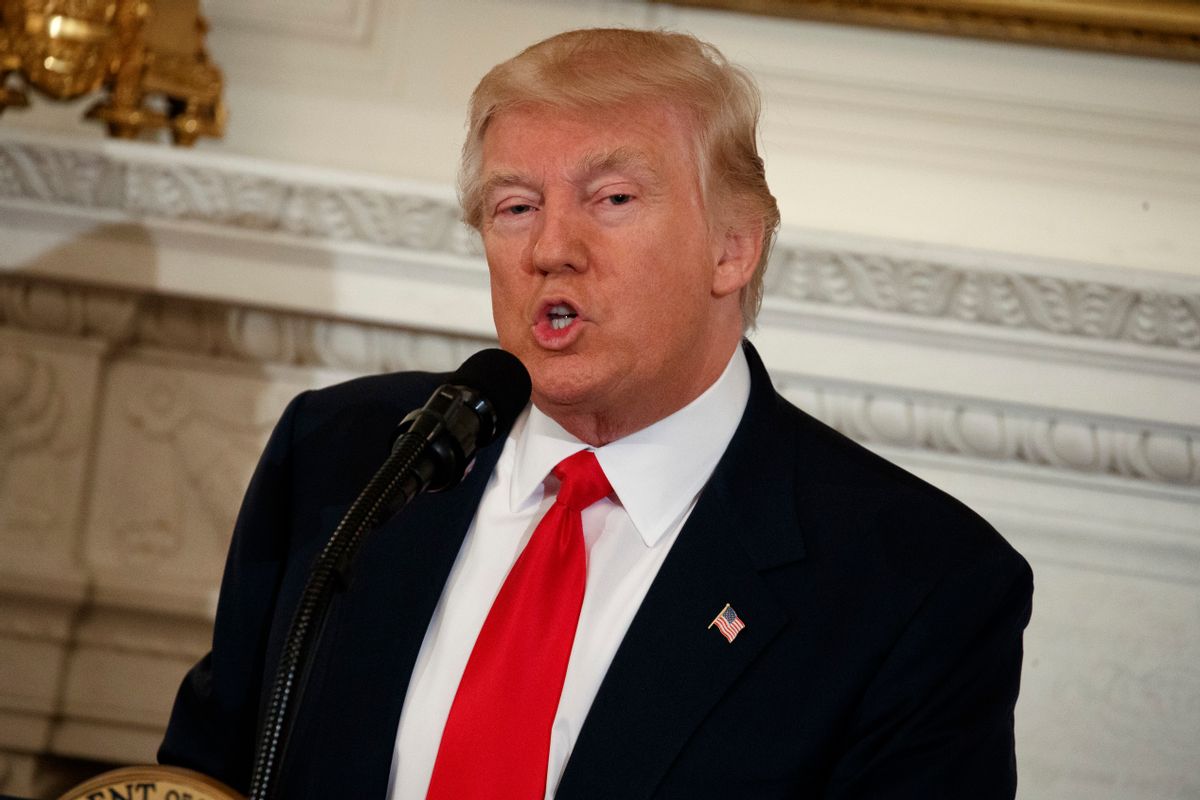 President Donald Trump is blaming the protests against his presidency not on himself, but on his predecessor — former president Barack Obama.

"I think that President Obama is behind it because his people certainly are behind it," Trump told Fox News in an interview that will be aired in full on Tuesday. "In terms of him being behind things, that's politics. It will probably continue."

Trump has a long history of subscribing to unfounded conspiracy theories about Obama. In 2011 he became notorious for promoting the racist conspiracy theory that the 44th president hadn't actually been born in the United States, a charge that was entirely without merit.

One of the Fox News hosts interviewing Trump said that Obama's political group (possibly Organizing for Action) was helping organize the protests and asked Trump if he blamed the former president personally. Former congressional staffers have been involved with organizing some protests under the "indivisible" banner.

"I think he is behind it," Trump said. "I also think it’s politics. That’s the way it is."

Trump also blamed Obama for leaks coming from the White House, telling Fox: "I think that President Obama is behind it because his people are certainly behind it. And some of the leaks possibly come from that group, which are really serious because they are very bad in terms of national security."

This isn't the first time that Trump has blamed protests against him on non-existent left-wing conspiracies. As recently as last week he insisted that the "so-called angry crowds" protesting pro-Trump congressmen were fabricated.

Trump also infamously blamed protests at one of his Chicago rallies on Bernie Sanders' campaign, without proof. During his presidential debates against Hillary Clinton, he cited videos by notorious right-wing propagandist James O'Keefe as proof that Clinton's campaign was paying people to be violent agitators at Trump's rallies — even though O'Keefe's production company had been paid $10,000 by the Trump Foundation less than one month before he began his presidential campaign.

Watch the full video above. Below is the segment of Trump talking about Obama.